The highly popular Mahindra Pik Up range has a new flagship and it’s automatic! The Mahindra Pik Up S11 will be available in a couple of months, after completing a year of arduous testing in South African conditions, including extended durability testing at the tough Gerotek test track outside Pretoria.

“South Africa is the first country in the world to officially launch the all-new Pik Up Automatic, which is only fitting since it was the testbed for this model. There has been an overwhelming demand for automatic transmission in our bakkie range, and we believe we have the perfect answer with the S11 and S11 Karoo AT,” says Rajesh Gupta, CEO of Mahindra South Africa. 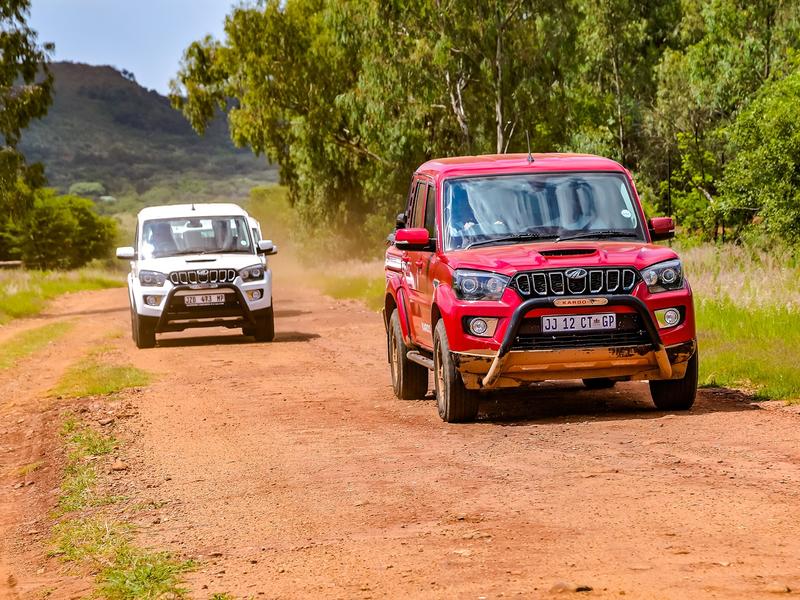 The all-new six-speed automatic transmission fitted to the Pik Up is a next-generation transmission used for the first time on this model. It features a sequential self-shifting option and is mated, in 4×4 models, to a new Hill Descent Control (HDC) system that utilises engine and vehicle braking for slow descents on tough, off-road terrain and that can be controlled with the in-built cruise control system.

The transmission has been designed to offer near-imperceptible shifts and to best utilise the 320 Nm of torque delivered by Mahindra’s mHawk turbodiesel engine, while the engine mapping has been fine-tuned to work perfectly with the standard cruise control system, for effortless long-distance cruising. 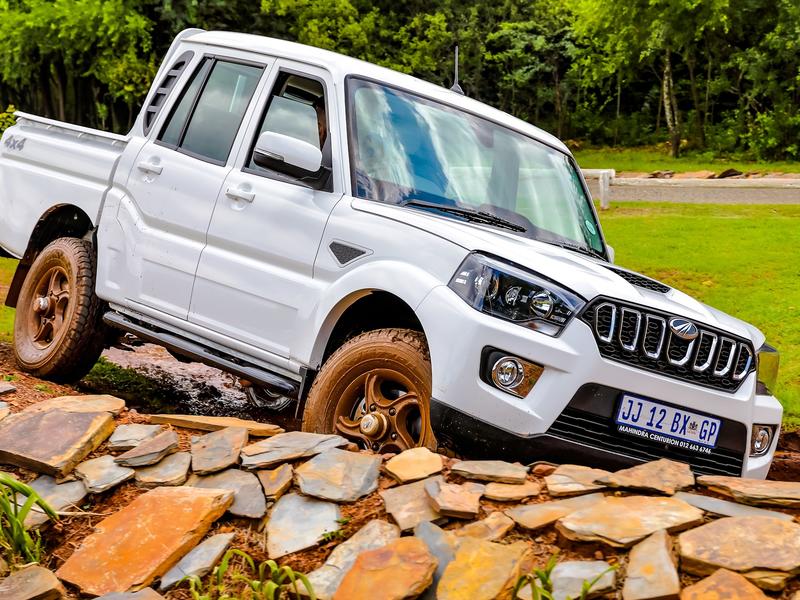 At first, the new automatic gearbox will only be available in the double cab Pik Up body style. It will be launched with a new, luxury S11 specification level that includes all the luxuries of the S10 and more. 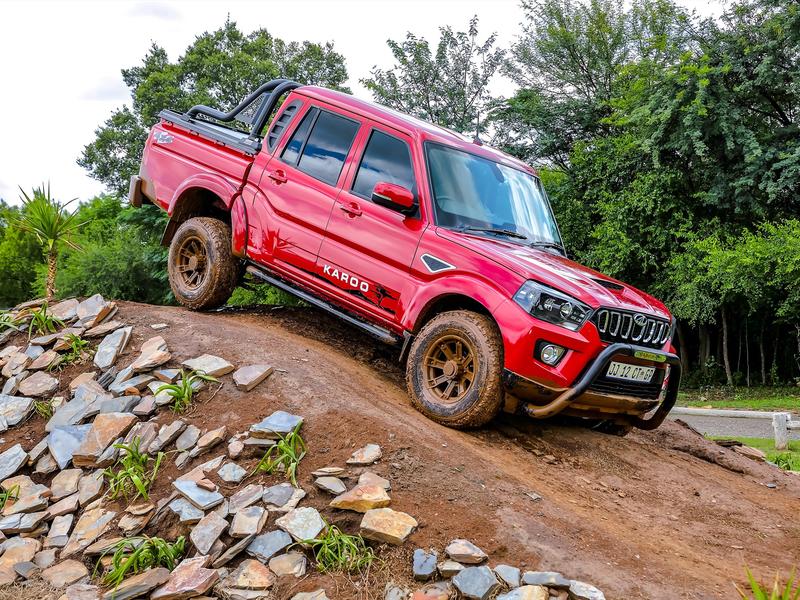 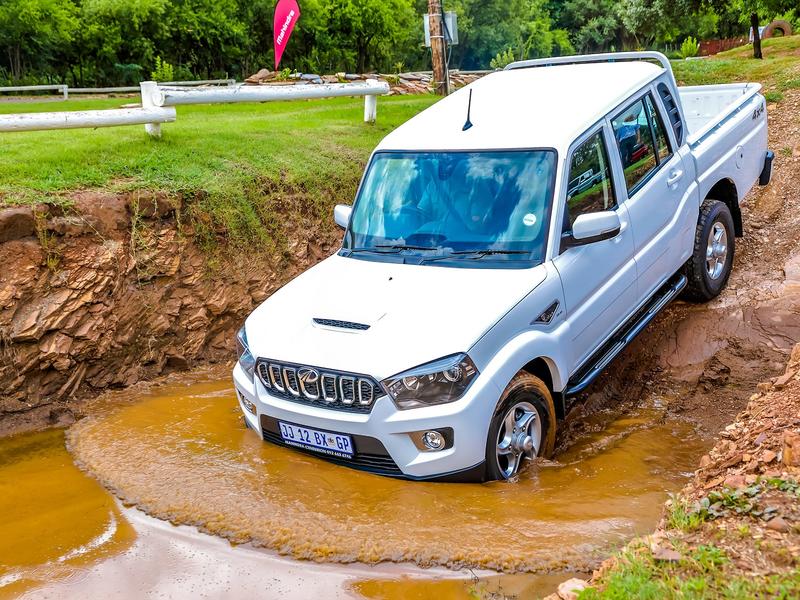 The new automatic transmission is not the only change to the Pik Up flagship. The new S11 specification level boasts a new grille and bumper, upgraded headlamps and other subtle luxury changes to the design to make sure that it immediately stands out as the top-of-the-range model.

The main design change is the bold and stylish new grille, which replaces the narrower chrome inlays of the S10 model with wider chromed vents that are reminiscent of the range-topping Mahindra Scorpio S11 models. 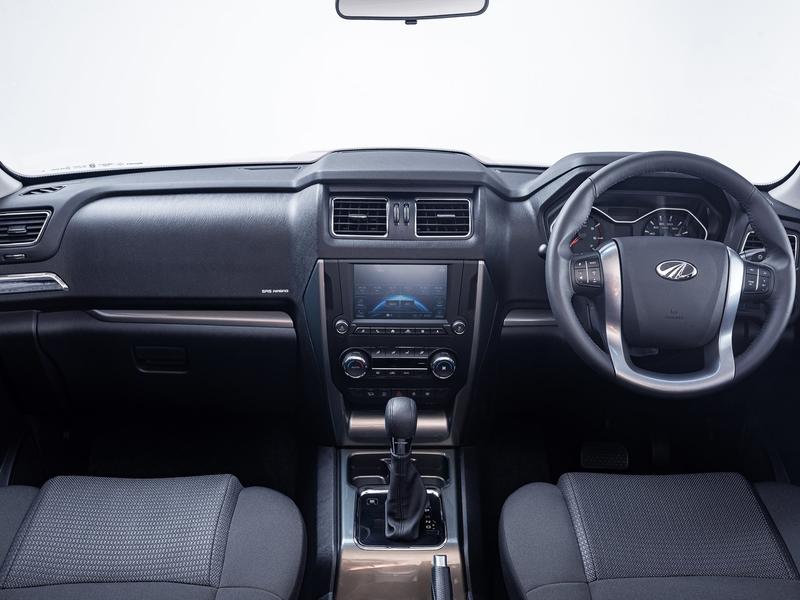 The grille is flanked by new headlamps, with chrome inserts housed in and behind clear screens. New, chromed fog lamp surrounds in the wide, lower air intake round off the front design changes.

In addition to the new front design, the S11 Automatic Pik Up has colour-coded side mirrors with integrated indicators. At the rear of the new model, there are S11 and Automatic decals as well as the addition of a new reverse camera that has to date not been available on any Pik Up model. 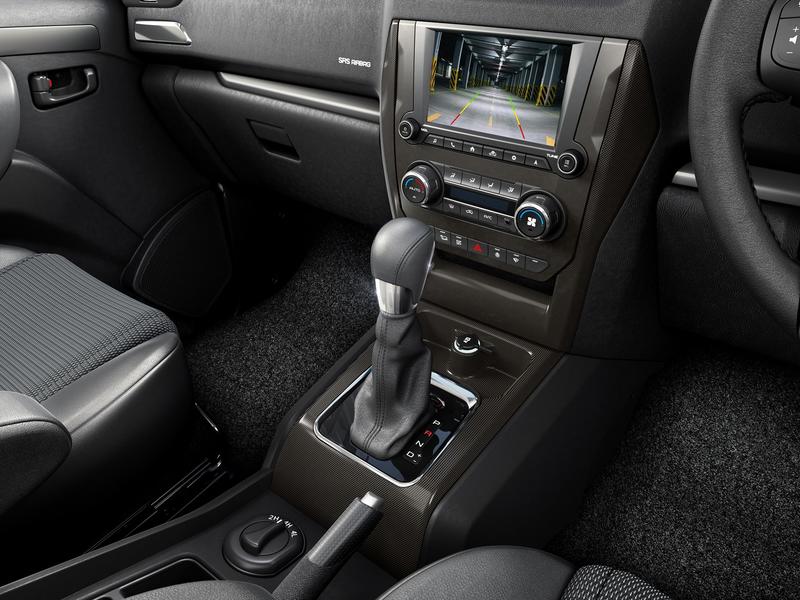 To further boost the premium appeal of the all-new S11 Automatic Pik Up, Mahindra has added a host of new luxury features as standard on all models.

Taking centre stage is a brand-new 7″ touch screen infotainment system with a capacitive interface. This new system offers Bluetooth connectivity, a multitude of entertainment and vehicle information screens and full turn-by-turn navigation as standard. The infotainment screen also displays the image of the in-built reverse camera in full colour.

All S11 models will further offer an automatic climate control system in place of the standard manual air-conditioning system, and all models have an adjustable multi-function steering wheel that controls the infotainment, phone and cruise-control systems. 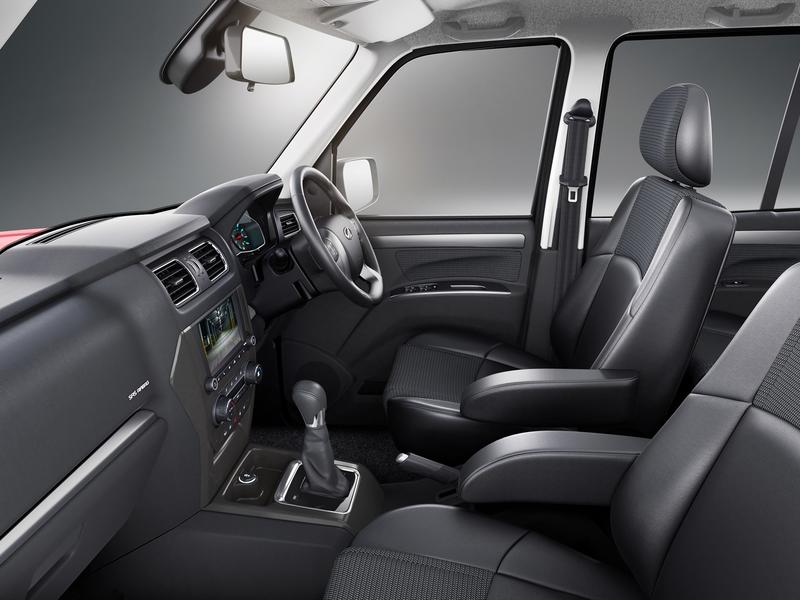 As the most luxurious model in the range, the S11 carries over all the luxury and safety features of the manual S10 models. This includes two airbags, 12V power points for the front and rear occupants, traction control, electric windows with an automatic up/down mode on the front windows and automatically locking doors.

All S11 models will be fitted with Mahindra’s much-loved mHawk turbodiesel engine of 2.2 litres.

The mHawk turbodiesel was designed with a high 16.5:1 compression ratio to offer exceptional performance, while only using 7.9 litres of fuel every 100 km in a combined testing cycle. 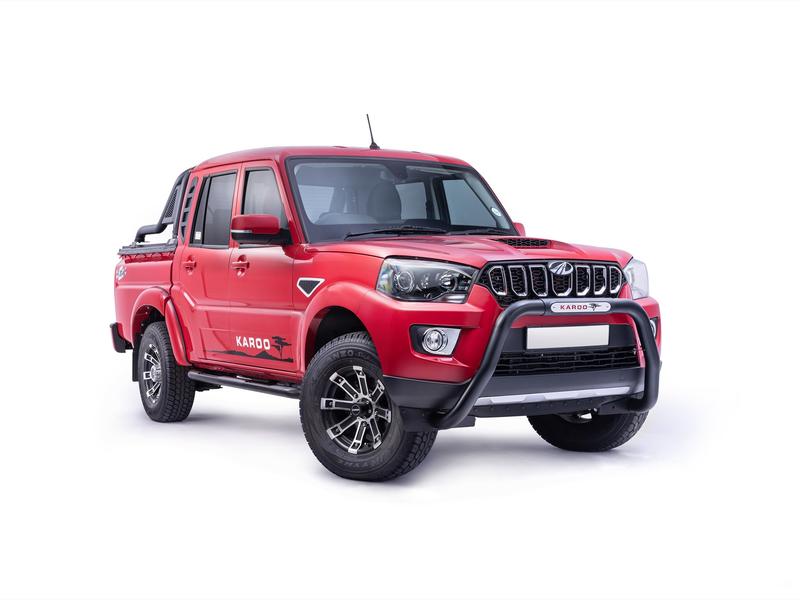 The King of Pik Up models – S11 Karoo AT

Mahindra first launched the Karoo Special Edition late in 2018 to celebrate the successful opening of its local assembly facility in Durban, KwaZulu-Natal.

Since its launch, the Karoo has proven to be extremely popular – in both S6 and S10 specification levels – and it has prompted Mahindra to design a special S11 Karoo model with a refreshed design theme and even more equipment as standard. This model will offer all the luxury equipment of the S11 range and add additional styling features and specifications for a truly stand-out special edition model. 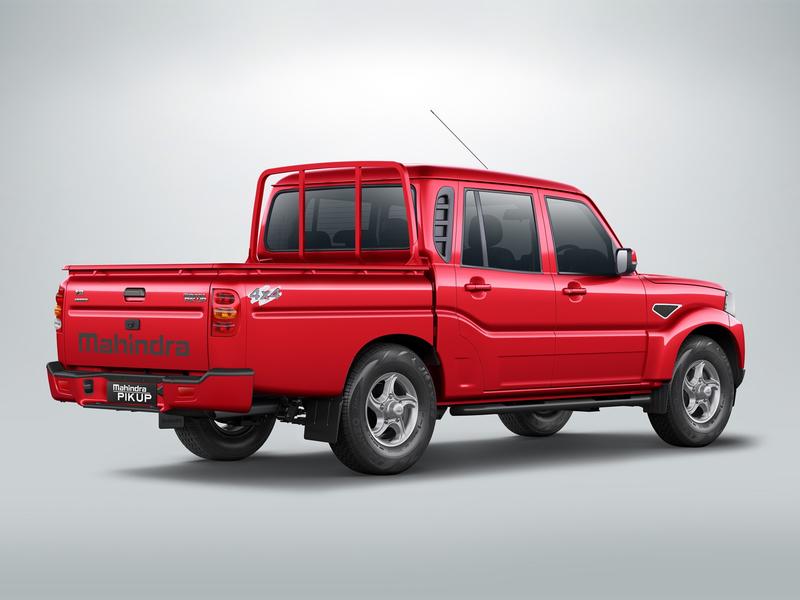 Viewed from outside, the all-new S11 Karoo Automatic will feature a unique decal design on the side panels and nudge and styling bars. This model also has a custom-designed and lockable roller deck system for the load box as standard, while all S11 Karoo models will have a rubberised load bay.

Rounding off the new design are special custom-designed off-road-ready alloy wheels that feature a blacked-out design with chrome detailing.

At the same time, Mahindra has made subtle changes to other Karoo models.

On the S6 Karoo, Mahindra has upgraded the decal package to align it more closely with the new design on the S11 Karoo. It has also created new designs for the roll bar, featuring a steel-stamped Karoo decal.

The S10 Karoo will also get updated decals and branding on the steel roll bar, but it will further treat owners with a new tonneau cover and upgraded stylish alloy, all included in the standard selling price.

Built on the Pik Up DNA

While the Pik Up S11 Automatic and S11 Automatic Karoo are the most luxurious models in the range, they share the same tough and durable DNA of their siblings.

Among the many benefits of owning a Pik Up are its heavy-duty cushion suspension system, which allows the 4×2 double cab models to load up to 1 095 kg, while 4×4 models can easily transport up to 995 kg. As on other models, the S11 also offers a double-walled load bay for extra durability.

The Mahindra Pik Up double cab range is certified to tow a braked trailer of up to 2 500 kg, and all double cab models are fitted with Mahindra’s mechanical differential lock (MLD), which is developed in partnership with Eaton and which offers complete lock-up between the rear wheels when there is a loss of traction, such as in challenging off-road conditions.

Lastly, the Pik Up has a comprehensive range of accessories, including approach and recovery bumpers and rock sliders that can be fitted under warranty by any Mahindra dealership or at Mahindra’s newly inaugurated Special Fitment Centre in Gauteng.

Inflation and Interest Rates in Africa: A Big Deal For Investors?

According to the latest research from Strategy Analytics, global 5G smartphone shipments will reach 199 million units in 2020. The disruption caused by the coronavirus...
Read more
Energy & Power

Nigeria is set to receive a grant of over US $1m from the U.S. government for technical and financial work on a power plant...
Read more

Inflation and Interest Rates in Africa: A Big Deal For Investors?

According to the latest research from Strategy Analytics, global 5G smartphone shipments will reach 199 million units in 2020. The disruption caused by the coronavirus...
Read more