UNILAG Ranks 1st In Nigeria and 8th In Africa

The University of Lagos has been ranked 1st  in Nigeria and 8th in Africa, by uniRank University Ranking™, the leading...
Read more

Despite the significant upheavals in the Nigerian e-commerce sector amid a series of potential investor apathy-inducing developments in 2019; the industry had a shining light in the activities of a local player, Konga. 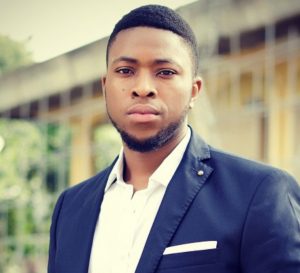 Co-Chief Executive Officer, Prince Nnamdi Ekeh disclosed that Konga went a long way in restoring investor and customer confidence in the Nigerian e-commerce sector. The Harvard alumni affirmed that Konga, which has undergone a remarkable transformation since it was acquired by the Zinox Group, has been a refreshingly positive source of delightful innovations, and sound corporate governance which has dispelled the negative clouds that hovered over the sector in 2019.

Further, he attributed this to the company’s long-held tradition of ethical conduct and realistic business model which have kept Konga at the apex of the e-commerce industry in Nigeria.

Indeed, huge question marks had emerged on the credibility of players in the African e-commerce sector after the travails of another major player which saw a much-publicized IPO on Wall Street, fall flat after a publication by a US research firm, Citroen.

Furthermore, analysts believe the development may have hampered the efforts and chances of other prospective players on the African e-commerce scene in attracting critical investment and winning over a highly sceptical consumer base.

However, Prince Ekeh has held up Konga as a source of hope and pride in the sector.

‘‘Konga is undoubtedly one of the miracles of the Nigerian e-commerce sector. We have not only shown our qualities as a shining light in the industry; but our track record of ethical behaviour, landmark innovations and sound business practices were critical factors that restored investor and customer confidence in the Nigerian e-commerce market in 2019,’’ he said.

‘‘We were not only able to grow revenue by eight times in 2019 but we have also been able to reduce our costs by 65%. That is a significant figure. Also, our flagship year-end promotion, Konga Yakata, lived up to its billing as the biggest sales event of the year, offering access to tons of genuine products delivered swiftly at the best prices for millions of Nigerians nationwide.’’

Ekeh who disclosed that Konga is in the middle of an impressive nationwide roll-out of stores in its bid to reach more of Nigeria’s unreached and under-served population noted that the company has also recorded significant adoption of Konga Pay, its internally-owned and Central Bank of Nigeria (CBN) licensed mobile money platform.

In addition, he asserts that through Kxpress, an in-house logistics platform which handles last-mile deliveries to customers as well as external parties, Konga is creatively resolving the thorny challenge of logistics which has hobbled other players in the market. Equally important, he cites the roll-out of thriving subsidiaries such as Konga Travel, which he says, has grown nearly 25% on a year-on-year basis, among other upcoming business units.

‘‘We have also invested significantly in state-of-the-art regional warehousing facilities which enable us to retain inventory in diverse states and locations in Nigeria; which, aligned with our growing network of over 30 retail stores dotting Nigeria’s landscape, makes us closest to the people.’’

Prince Ekeh further reveals that, in spite of the many strides recorded, the company is not resting on its oars.

‘‘It is no surprise that Konga has been listed as one of the top 20 brands to watch in 2020. This is proof of the significant achievements and strides we recorded in 2019. But we have not even unveiled a quarter of what we have in stock for the market. There are many more exciting things to come this year,’’ he concluded.

The third episode of the award-winning television programme ‘Airtel Touching Lives’ is scheduled to air on the 16th of February on national and cable TV....
Read more