He stated this during the distribution of plates and spoons to Lagos State public primary school pupils as a demonstration of support to the Lagos State homegrown feeding programme being implemented in public schools. 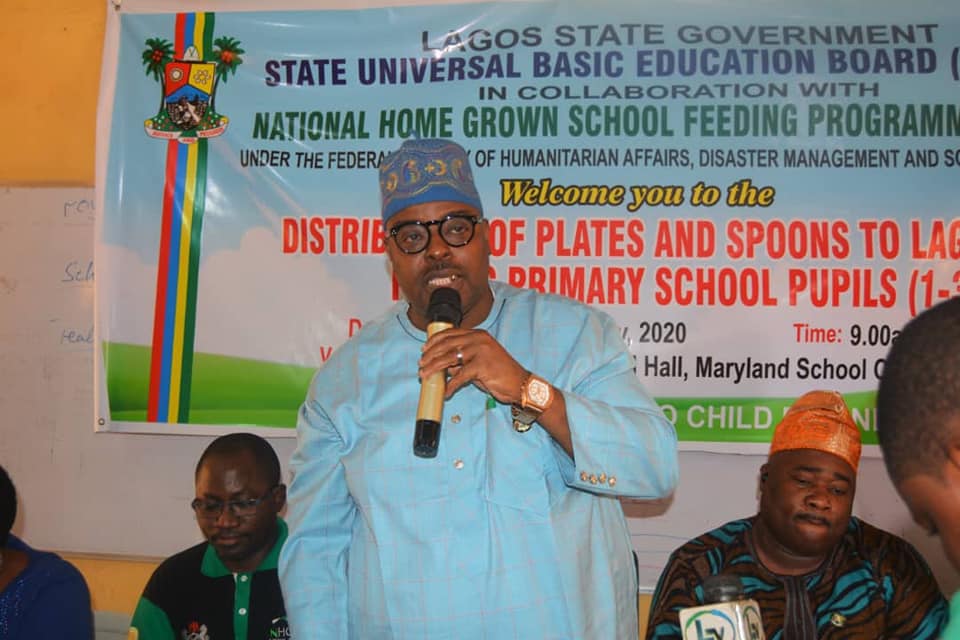 Speaking at the event held on Monday at St Agnes Primary School Hall, Maryland, Ikeja, Dr Adebayo noted that the distribution of the plates and spoons is to support the homegrown feeding programme in Lagos State as well as to ensure that the pupils have decent plates to feed.

According to him, “This became necessary after it was discovered that some pupils don’t come to school with their plates. As such, in order to avoid an unhygienic presentation of the meals, we took a step further to make sure that every child has a decent plate to eat”.

In his address, the Executive Chairman of LASUBEB, Mr Wahab Alawiye-King commended the Federal Government for the laudable initiative of the homegrown feeding, adding that the gesture will greatly motivate the pupils and enhance their concentration level for the better learning outcome.

Read Also:  Enjoy 50% off Medium and Pan Pizzas when you order via the new Dominos website!

In his words, “With the commencement of the homegrown programme, malnutrition will be greatly reduced and enrolment in primary school will increase”. 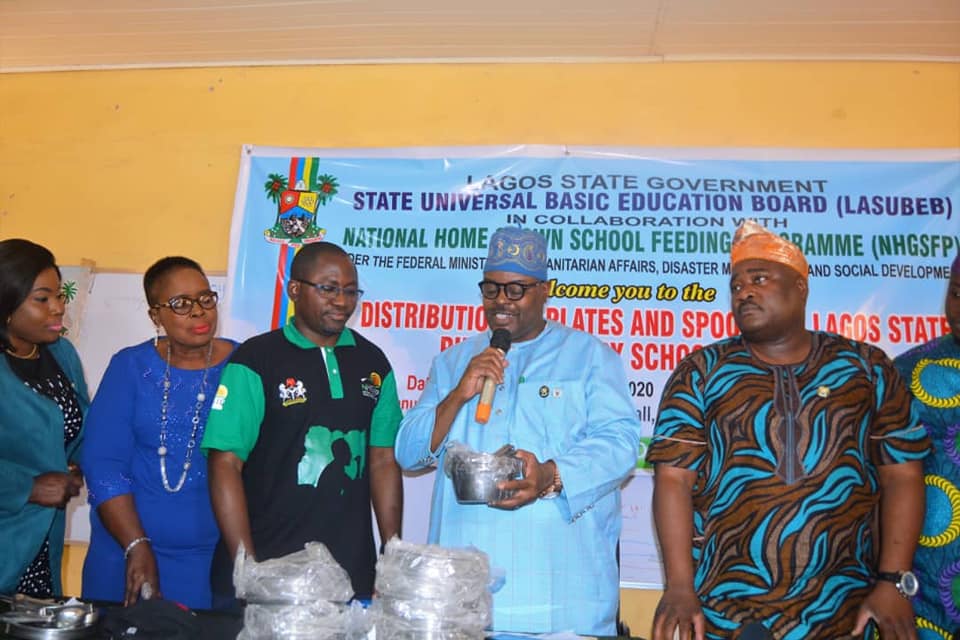 Expressing his delight at the distribution of plates and spoons to primary school pupils, the Chairman urged the food vendors to ensure that the plates are kept clean at all times and used solely for the benefits of the pupils.

While saying that the State Government had earlier supported the feeding programme with the donation of feeding bottles to the pupils, Alawiye-King commended the State’s effort in the advancement of Education in line with the T.H.E.M.E.S Agenda of the present administration. 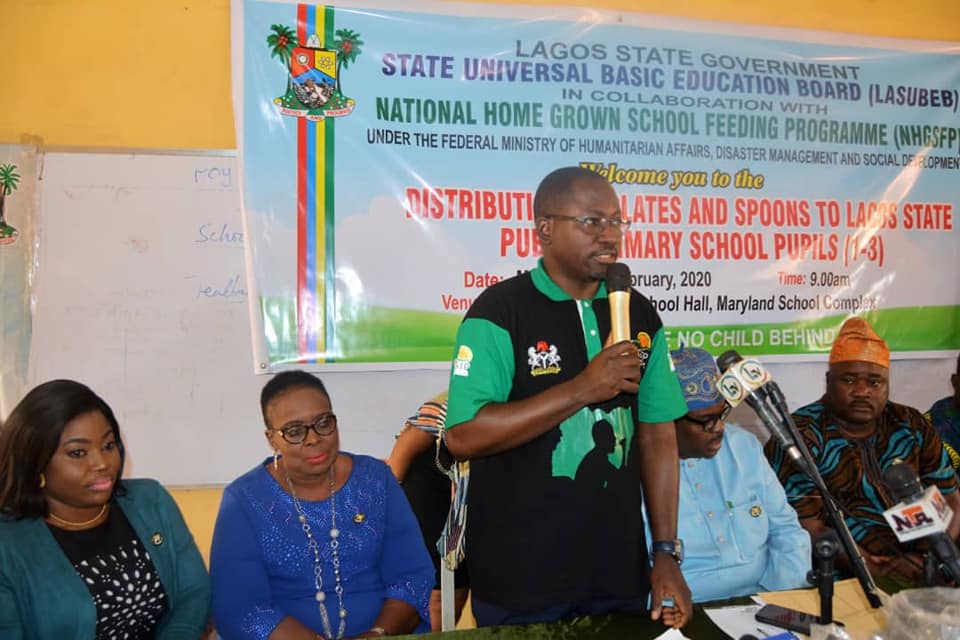 He cited examples of the laudable initiatives of the government such as the recently launched EkoExcel Programme, Snack for Thought pilot scheme which provides snacks for primary 4-6 school pupils and the distribution of water bottles to the pupils.

The Chairman maintained that the government’s stance that “no child will be left behind” in the access to quality and effective education will be vigorously pursued. 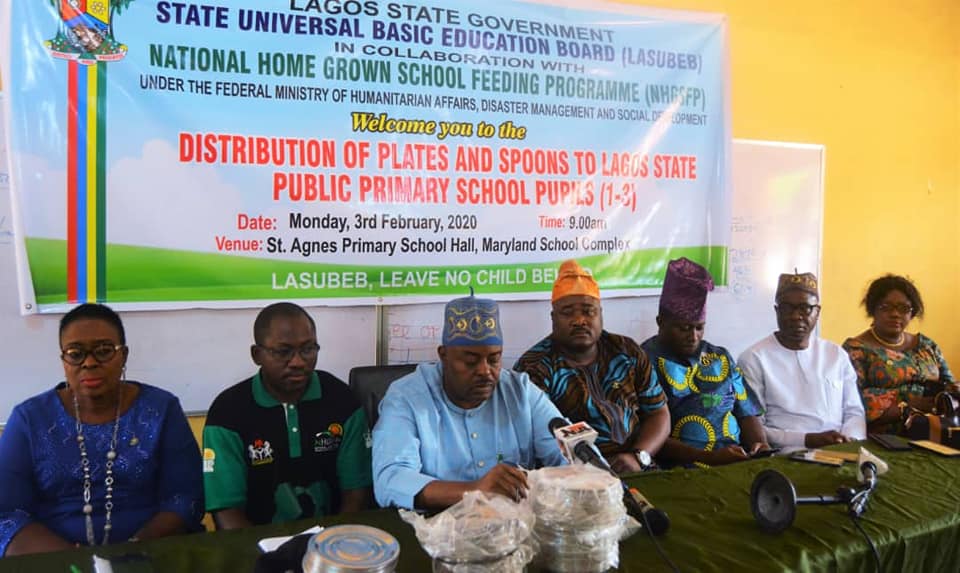 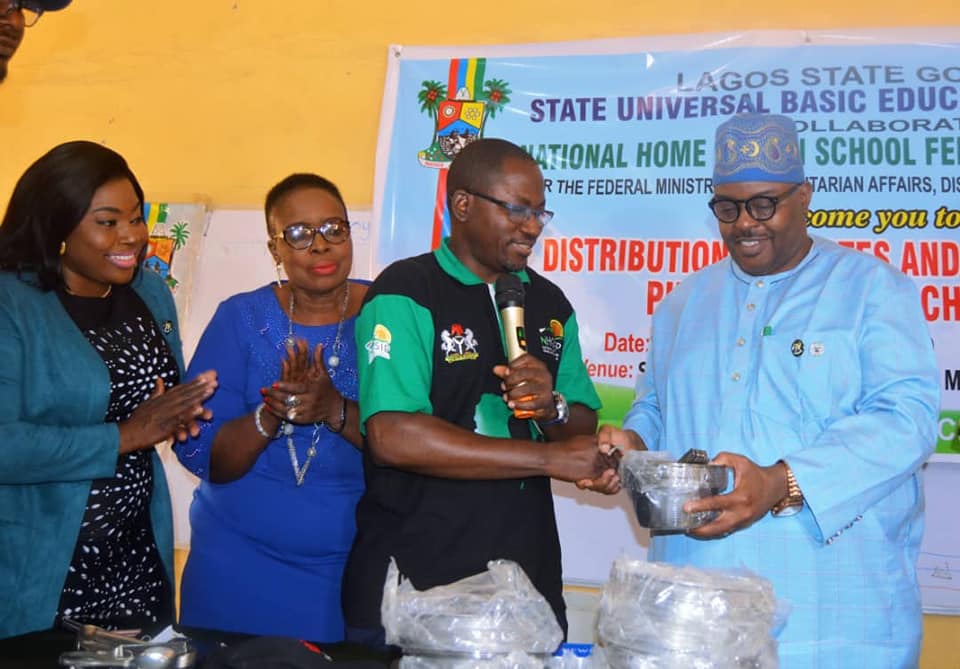