…Gov Charges New Recruits To Be The New Face Of LASTMA

Lagos State Governor, Mr. Babajide Sanwo-Olu, has said part of the strategies to realize his administration’s traffic and transportation blueprint is to scale up the capability of the Lagos State Traffic Management Authority (LASTMA) to discharge its mandate. 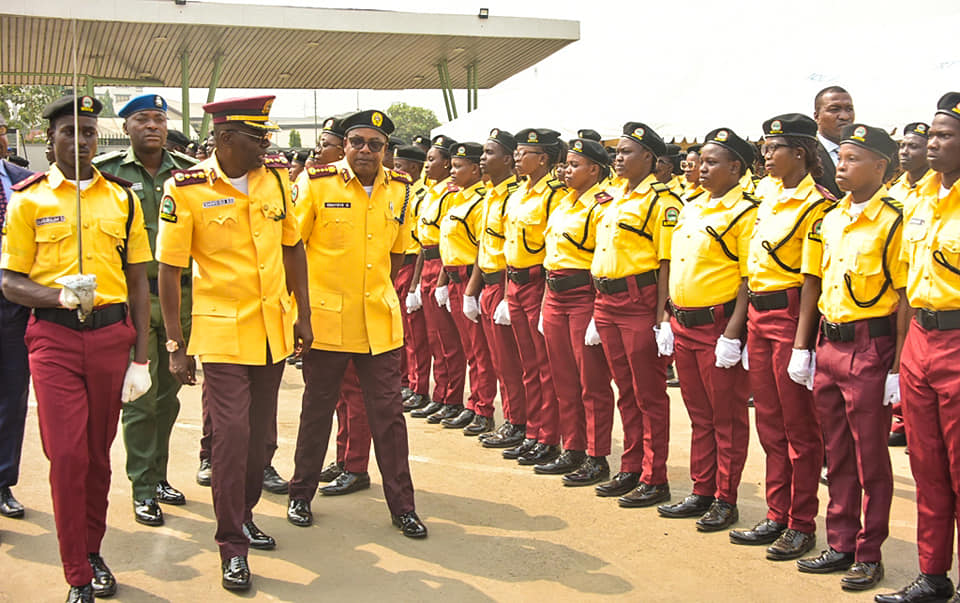 Improving the efficiency of the State-owned traffic management agency, Sanwo-Olu said, is central to the efforts being put forward by his Government to diffuse gridlocks on the roads and reduce travel time for commuters. 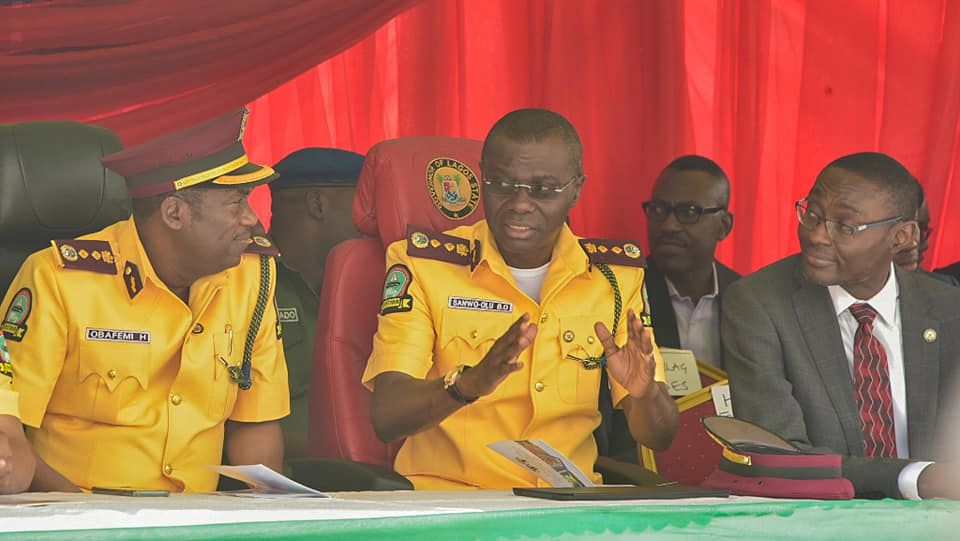 The Governor spoke on Wednesday at the passing-out parade of 1,017 newly recruited LASTMA officers who graduated from Induction Course 10 of the agency.

Sanwo-Olu reiterated his obligation towards strengthening the resourcefulness of LASTMA personnel at all levels, noting that his administration had doubled welfare packages of LASTMA officials to motivate them for optimized performance. 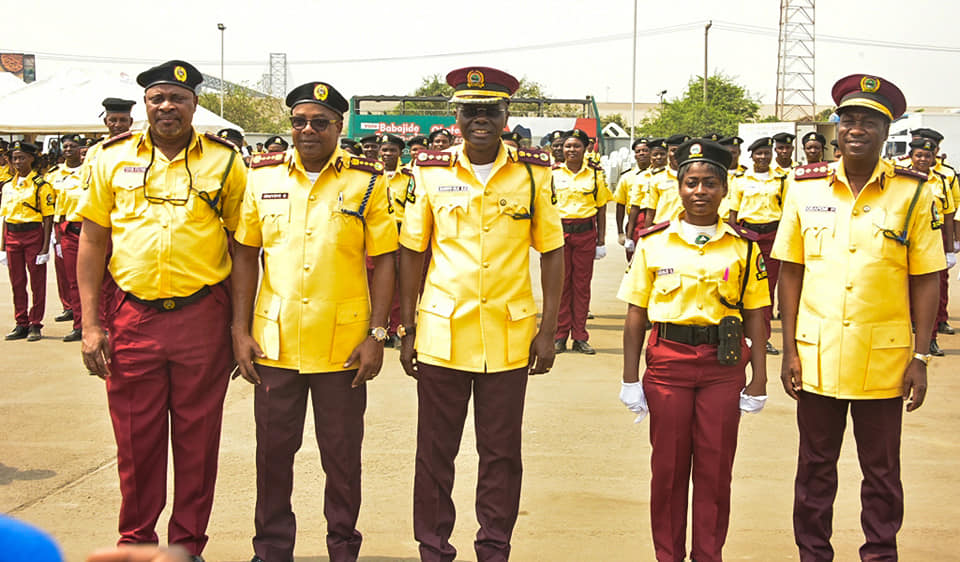 He said: “The Lagos State Traffic Management Authority was established 20 years ago to tackle traffic congestion and ensure the hitch-free flow of traffic on our roads. Since inception, so much has happened and Lagos has grown in leaps and bounds. The human and vehicular population has increased tremendously. 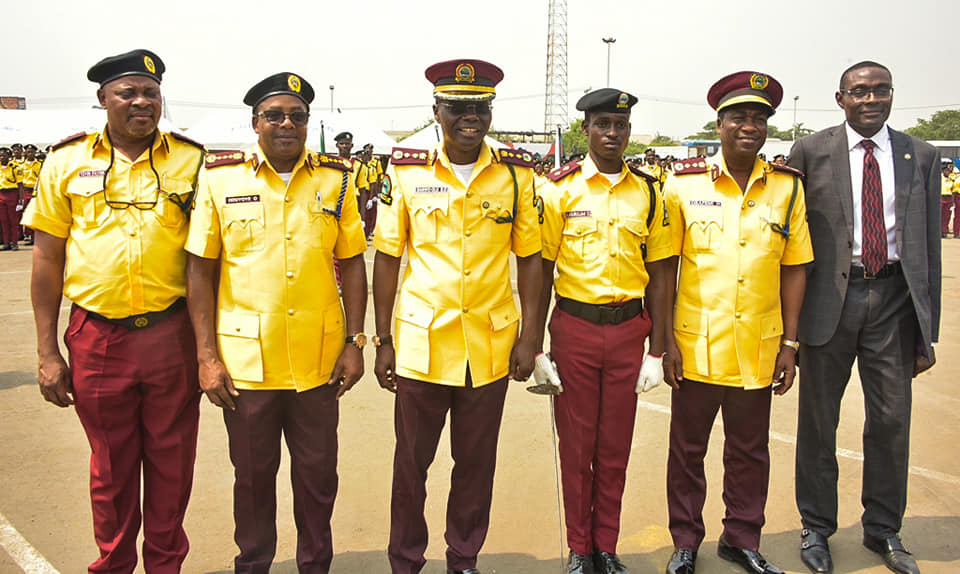 “In managing this growth, activities of LASTMA have been a constant feature on the landscape, adapting and evolving to contain the increasing challenges of traffic management across the State. The leadership of LASTMA has invested hard work and resourcefulness over the years in implementing the founding vision of the agency for the development of Lagos.

“Therefore, I congratulate all the 1,017 graduating cadets for successfully undergoing the rigorous training which has been designed to put them in the physical, mental and psychological state required for the job. Their recruitment must be seen as an opportunity to serve and contribute to the economic development of Lagos, because of the importance of their daily responsibilities to the economic productivity and prosperity of the State.”

If Lagos achieves free flow of traffic and reduction in travel time, Sanwo-Olu said it would translate to increased productivity and better economic output for the State.

The Governor charged the new recruits to accept their responsibilities with passion, and detach themselves from activities that may undermine their commitment to excellence.

Sanwo-Olu reiterated his administration’s policy of zero tolerance for corrupt practices in any form, urging the new officers not to leave room for the public to doubt their honesty, integrity and commitment to efficient traffic management.

He said: “Our administration remains intolerant to corrupt practices and harassment of law-abiding residents of the State. As you have been commissioned today as traffic management officers, you have become public servants and you must steer clear of corruption, which is not limited to extortion or financial malfeasance. Indiscipline, abuse of office, or harassment of citizens will be frowned upon, and necessary and decisive action will be taken against any and all defaulters.

“Based on the responsibility you have accepted to do on behalf of the State Government, I want you all to be the best crop of traffic officers in the history of LASTMA. You have been trained and prepared to be the new face of LASTMA that will help my administration to realize its transportation and traffic management programs.”

The Governor used the opportunity to reassure residents on the recent restriction of Okada and tricycles in some parts of the State, stressing that the decision was not intended to inflict pain on the people. The policy, he emphasized, was conceived and implemented with the interest, welfare, and safety of Lagosians in mind.

General Manager, LASTMA, Mr. Olajide Oduyoye, said Sanwo-Olu made history by becoming the first sitting Governor to attend the induction of new officers in the history of the agency.

The LASTMA boss charged the new officers to be diligent in the discharge of their responsibility, reminding them that Lagosians expected more from them.

He said: “You are putting on uniforms of respect and dignity, but with large responsibilities, for you to deliver. You must work assiduously to ease traffic flow and your conduct must not bring disorderliness at your areas of duty.”

The Commissioner for Transport, Dr. Frederic Oladehinde, said the State’s ability to enforce traffic regulations remained key to building the 24-hour economy, adding that the recruitment of the officers would impact directly on productivity in the State.

The Special Committee on Clean-Up of Ikoyi and Victoria Island over the weekend took its campaign to restore sanity to Obalende as the operatives...
Read more