PorkMoney said that it took the decision to support the project “in order to inculcate in young Nigerians the need to live a life devoid of crime and imbibe sound moral virtues, using the lead character Zara Aminu (played by Ufuoma McDermott) as a case study.” 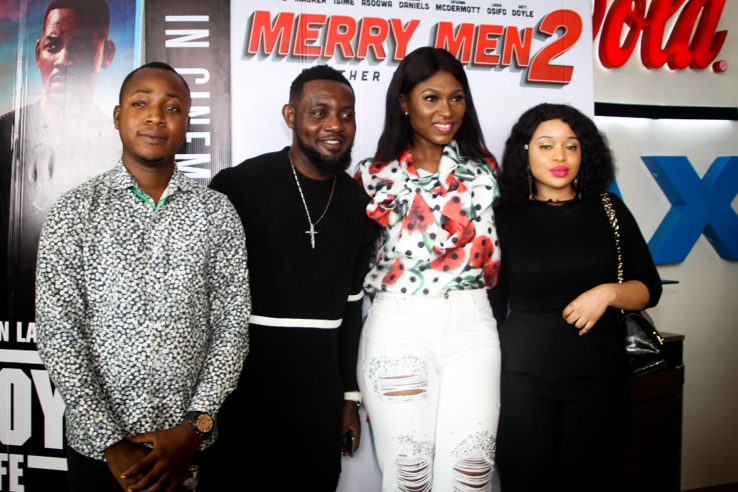 PorkMoney is one of the largest privately-owned pig farms in West Africa.

Speaking at a ‘Meet and Greet’ session with fans and journalists after the movie viewing on January 25, 2020, McDermott said that given the evolving age of Information and Communications Technology, the special viewing of the movie stood to endear more young Nigerians into embracing ICT, especially in curbing crime and other vices. 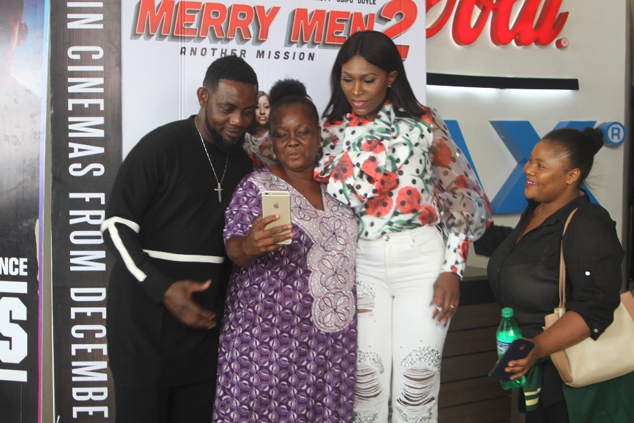 She said, “The movie and what we have done here today will further enable young people, and the Nigerian society as a whole, to appreciate the unflinching love mothers have for children and their willingness, at any point, to break the rules in order to save and protect a child from harm. Zara Aminu (Ufuoma McDermott) depicts this typical mother role in Merry Men 2. 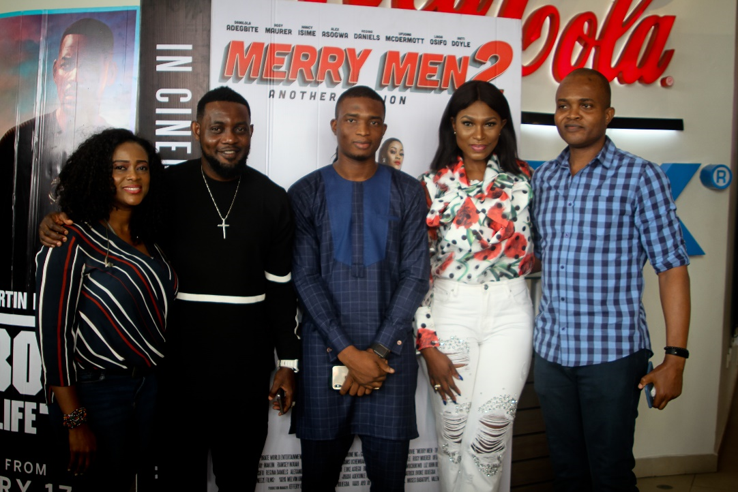 “Just like a few Nigerian start-ups that do not give up, despite daunting challenges in the business environment, Zara Aminu never gave up on her beliefs and ideals.”

McDermott added, “With this project, young Nigerians will learn and realize the importance of not giving up on a struggle – health challenges, the quest for freedom, acquisition of knowledge, passion, business, etc.” 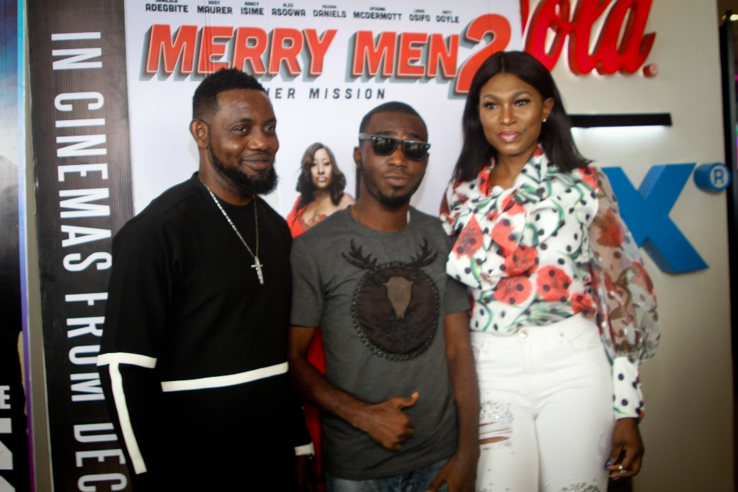 While being interviewed, one of McDermott’s fans, Chris Chukwujekwe, described the movie as a classic, saying, “Zara made all the difference in the movie.”

He said, “Zara is smart, a master-mind and a fixer who is very skilled in handling arms. She is notorious, but a very skilled criminal.”

According to him, Zara’s intelligence surpassed the role played by Ramsey Noah.

McDermott shared Chukwujekwe’s views, stating that the physicality and high energy involved in the movie made it a daunting task.

She, however, relished featuring in the movie, noting that the project took her to a new milestone in her acting career.

“It’s the most challenging in my career because I had to be physical and be as fit as I can. Merry Men 2 took me to a place that no other film has taken me to and I am grateful for that.

“The movie took me out of my usual happy, laughing character to a bit more serious one where I had to frown my face all the time. At the premiere of Merry Men 2, I already had two offers on action films,” McDermott said.

She also said, “I think working on this project made me understand the importance of having the right crew members, so we had our martial artist on set. Believe it or not, that is one of the hardest things I had to do in my life.

“I am such a drama actor that acts pretty well-displaying emotions on the face and all of that, but when it has to involve getting physical, I was so scared. At a time, they were like ‘hit this guy’, and I said I don’t want to hit him.”

According to her, the most beautiful thing is understanding what martial arts should be and mixing it with filmmaking.

“It was an amazing combination. It slows down production a little bit, in all honesty. You know we could have got through those scenes faster, but it involved a lot more because martial art is involved.

“I give Ayo Makun, the producer, the credit on this one because that was a lot of money many people won’t have spent,” the actor added.

Sharing McDermott’s opinion, Makun, famously known as AY, said, “If you do a wishy-washy kind of production, it won’t take you anywhere and people won’t watch it.

“If you even use politics to push it out there, it still won’t make you money; it will only embarrass you.”

He added, “What that knowledge did is to make us buckle up and know that these people who come out to see films are wiser than what producers used to think. They know what they want, and they know shots, angles; they understand cinematography.”

Financial Technology (Fintech) refers to the use of technology to improve the delivery and use of various financial services. Primarily, it is utilized to...
Read more

Funds, Graft, Taxes, Others Bane of Entrepreneurship in Nigeria – Muyiwa

Muyiwa Folohunso is the Chief Executive Officer of Divergent Enterprise, the parent company of Nigeria’s biggest pig farm, PorkMoney. In this interview, he talks about the country’s investment climate, economic diversification,...
Read more

It's no doubt Stephanie Coker-Aderinokun is an 'A+' fashionista. The highly talented damsel sure brings her 'A' game in defying the odds to make...
Read more

Everyone you will ever meet knows something you do not. So hoarding knowledge or lording it over others never bodes well for the so-called...
Read more
- Advertisement -