SINGAPORE – Media
OutReach – 25 February 2020 – The
inaugural season of the Pacific Championship Series (PCS), featuring 10 teams
across Southeast Asia, Taiwan and Hong Kong, heralds a new era of competitive
League of Legends in the region, and the action starts this weekend.

Available in English, Mandarin and Thai
languages, the PCS livestream kicks off from 5pm GMT +8 on Saturday, 29
February, with matches running every Saturday and Sunday till 4 April. Fans can
catch the live broadcast of matches on the PCS streams, available on https://www.twitch.tv/lolpacific
and on https://www.youtube.com/lolpacific.
The first weekend of competition will commence with a clash of giants between
J-Team and ahq Esports Club.

The league season format is as follows: 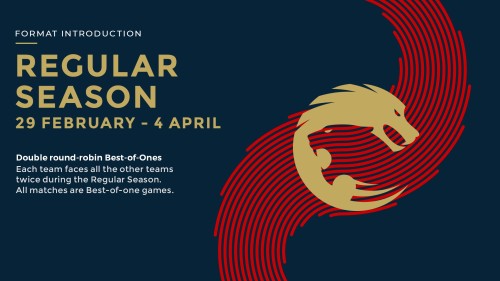 The PCS features an increased number of games
across a series of best-of-ones, and a new double-elimination playoff format,
with top teams from the former League of Legends Master Series and Southeast
Asia. The PCS league is co-organized by Riot Games and FunPlus Esports, while
Garena is the publisher of League of Legends in Southeast Asia, Taiwan and Hong
Kong.

Riot Games was
founded in 2006 to develop, publish, and support the most player-focused games
in the world. In 2009, Riot released its debut title, League of Legends, to
worldwide acclaim. League has gone on to be the most-played PC game in the
world and a key driver of the explosive growth of esports.

As League enters
its second decade, Riot continues to evolve the game while delivering new
experiences to players with Legends of Runeterra, League of Legends: Wild Rift,
Teamfight Tactics, and multiple work-in-progress titles, while exploring the
world of Runeterra through multimedia projects across music, comic books, and
more.

Founded by Brandon
Beck and Marc Merrill, Riot is headquartered in Los Angeles, California, and
has 2,500+ Rioters in 20+ offices worldwide. Riot has been featured on numerous
lists including Fortune’s “100 Best Companies to Work For,” “25 Best Companies
to Work in Technology,” “100 Best Workplaces for Millennials,” and “50 Best
Workplaces for Flexibility.”