WhatsApp is the immensely popular messaging app owned by Facebook and an app that’s long been in need of a dark theme. After rumours and beta testing, it’s finally here. 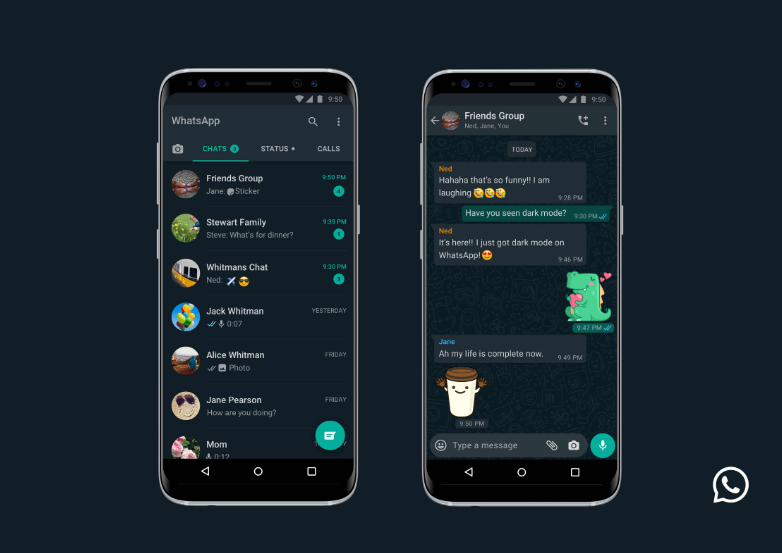 With a blog post and announcement video, WhatsApp has officially unveiled its darker theme. This was previously only an option for registered beta users on Android phones, but soon any user on iOS or Android will be able to try out the new theme.

According to WhatsApp, the update to the app that will include Dark Mode will be going live “in the coming days” to both Android phones and iPhones, after years of users begging for it to be implemented.

In its blog post, WhatsApp explains how it made its design decisions, saying it believes the app remains easily readable and comprehensible with the new colour scheme.

How to turn on WhatsApp dark mode

If you want to enable WhatsApp dark mode, then it’s as simple as enabling the dark mode setting in your phone’s main options menu, if you are running either Android 10 or iOS 13.

If you’re on an older version of Android, you can still use the theme but you have to go through the app settings into the “Chats” menu. You then tap “Theme” and select “Dark”. Unfortunately, older versions of iOS don’t have a WhatsApp dark mode option.

A good number of people only think about cleaning up their phone when something starts to go wrong. Android devices are smart enough that...
Read more

Huawei has been intensively testing HongMeng OS with companies like Tencent, Oppo and Vivo. Based on the tests, it has been revealed that Huawei’s...
Read more
- Advertisement -