For Mother’s Day, Konga Shows The Way For Other Corporates To Follow

Ahead of the 2020 celebration of Mother’s Day on Sunday, Nigeria’s foremost e-commerce giant, Konga has underlined its determination to continually provide the enabling environment to support mothers in the workplace, while also throwing its weight behind other well-intentioned initiatives to uplift mothers in the larger society.

In addition, Konga has also put together a special deal exclusively to celebrate mothers.

The deals, which cut across specific items in categories such as Fashion, Home & Kitchen appliances, Baby, Kids & Toys, Electronics, among others, offer exclusive items and special pricing for mothers. Furthermore, the deals will be available for interested shoppers until Sunday, March 22, 2020, which marks the celebration of Mother’s Day.

In a statement to mark Mother’s Day, Konga Co-CEO, Prince Nnamdi Ekeh, described mothers as protectors of generations yet unborn and moulders of characters. He added that without mothers, many societies would have ceased to exist.

Consequently, he called on the government and corporate organisations to borrow a leaf from Konga in supporting mothers in every way possible, adding that societies benefit more when mothers are supported to raise their young ones in a conducive environment.

Prince Ekeh explained that Konga, having realized the relevance of mothers to the society and human capital development, has ensured that mothers are supported with right policies in the work-place.

He said: “As we celebrate mothers, we say thank you to all our mothers for all the sacrifices they have made, and the sleepless nights they have had to endure to cater for their children. They have earned our honour by their endurance.

“At Konga, we see women and mothers as special people that need support from everyone. This is why Konga has gone ahead to activate numerous support systems for mothers in our employment. For example, Konga provides access to world-class medical insurance policy for mothers. Also, nursing mothers benefit from Konga’s fully paid maternity leave of three months. This is important as it allows mothers the opportunity to exclusively breastfeed their babies within the first critical months of their baby’s lives.

“Moreover, at Konga, nursing mothers are allowed to work reduced hours within the first three months after the resumption. This is to enable them to have enough time to take care of their babies, even when they are working. Meanwhile, Konga has a protective policy in place that discourages snacking of nursing mothers on grounds of diminished productivity, as is the practice with other corporate organisations.

“Because of the kind of business we do, we believe we can also support a mother who is not under our employment. This is one of the reasons we stock only genuine products, including household products commonly used by mothers and babies. Mothers who have patronized our services can testify to how Konga has made life easier for them and their infants. This is further justified by the special deals we have put together specially to celebrate our mothers; offering them genuine products at the best prices unmatched anywhere in the market.’’

Meanwhile, Konga Training and Acculturation Manager, Mrs Judith Ugwu, stated that Konga remains one of the best places for mothers to work. She revealed that it was in view of the right corporate and institutional support it affords mothers to excel. Furthermore, she stated that such efforts have made it possible for mothers who make up almost 50 per cent of the Konga female workforce to find it comfortable to occupy strategic management positions within the company. 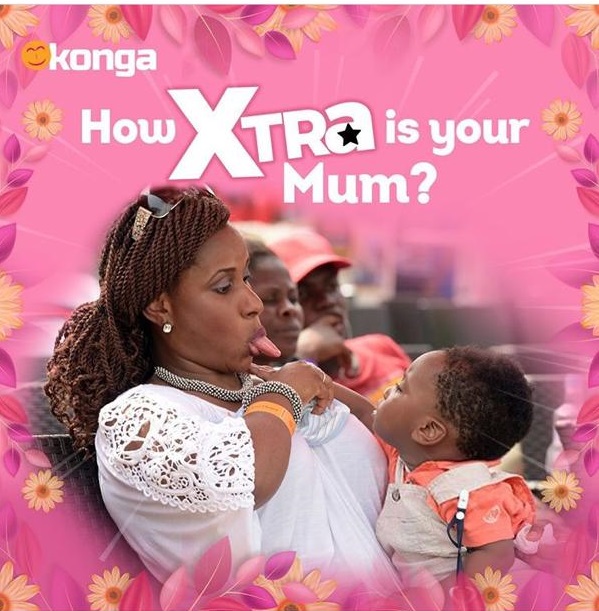 “Konga has continued to empower its women by giving them a voice and making sure they are heard through various available channels. As at today, Konga has women as heads of various departments. Also, every woman has a fair chance to engage with the management team at any time.

‘‘They are also encouraged to pursue any career path of their choice within the business without segregation. This is deliberate,” Ugwu concluded.

Konga Raises Curtains On Much-Anticipated Battle Of The Brands

A growing list of globally-renowned brands have been confirmed for the inaugural edition of Battle of the Brands, a much-anticipated campaign exclusive to Nigeria’s...
Read more