The impairment charge for credit losses declined by 29.9% to NGN9.70 billion, in contrast to NGN13.84 billion in Q1-2020. Trading gains came in solid at NGN13.50 billion vs NGN1.59 billion in Q1-2019, as the bank exploited the high value of its investment securities amidst lower yields.

Growth of e-business was moderate at 9.7% YoY to NGN11.02 billion from NGN10.05 billion in Q1-2019 amidst a reduction in transaction fees as directed by CBN to all banks in Nigeria.

The current economic downturn is expected to affect the creditworthiness of business hence, impacting on the bank’s ability to grow loans. We expect the regulatory forbearance to serve as a safe haven in the near-term thereby reducing the impact of the current economic event on asset quality – nevertheless, we are of the opinion that the capital adequacy ratio of the bank will remain dampened.

The lockdown in Lagos, Abuja and Ogun states is expected to boost transaction volume thereby supporting the e-business income line. 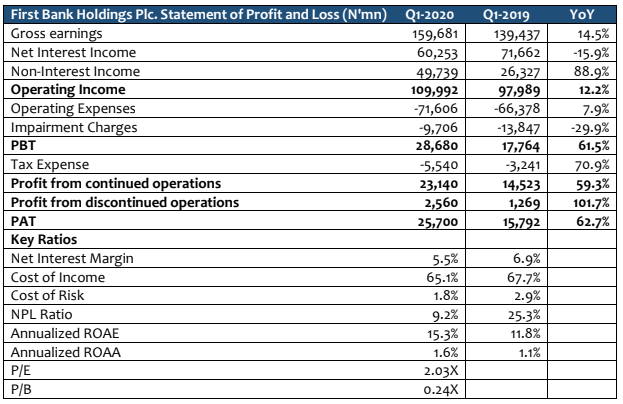 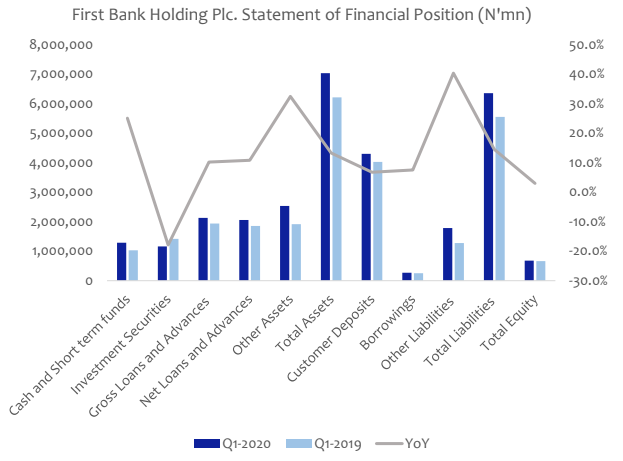 Excise Duty or tax is a tax on goods manufactured within Nigeria and payable by the manufacturers before the goods are removed from the...
Read more
- Advertisement -