Guaranty Trust Bank Plc recently announced its results for the Q1-2020, which showed moderate growth in PAT of 1.6% to N50.07bn from NGN49.30 billion. The bank increased interest income by 10.4% to NGN64.28 YoY, as lower e-business earnings and credit-related fees dampen robust FX gains. Hence, Non-interest income declined by 1.1% YoY to NGN34.91 billion as operating expenses and loan impairment grew by 10.9% to NGN39.77 billion and 87.8% to NGN1.22 billion, respectively.

Read Also:  How To Block Your Bank Account And SIM Card In Case Of Emergency
- Advertisement -

We place a BUY recommendation on Guaranty Trust Bank Plc. with a 12-month target price of NGN39.24 – translating to an estimated capital gain of 103.29%% from its April 24, 2020 closing price of N19.30. Given strong risk management by the bank and the regulatory forbearance from CBN to all banks on the back of COVID-19 led economic downturn, we expect a moderate asset quality. We also expect the bank to continue to take advantage of the high value of its investment securities amidst low yield. 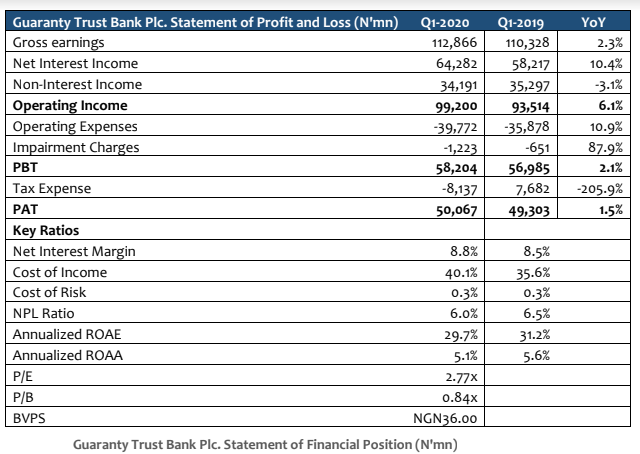 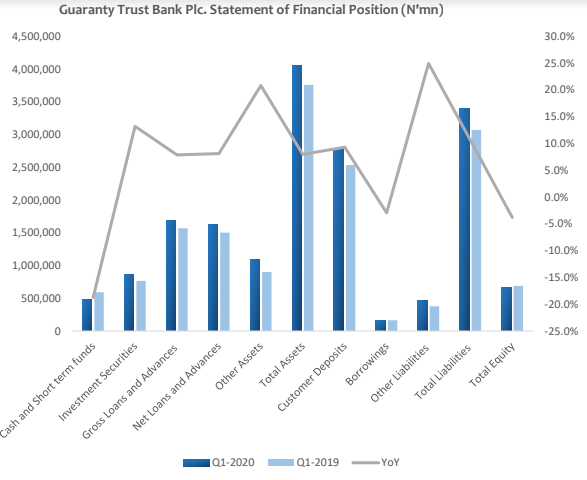 Guaranty Trust Bank (GTBank) Plc plans to acquire a Kenyan lender as part of its expansion on the continent, according to the managing director,...
Read more
- Advertisement -