To reaffirm its status as the biggest cement producer in Africa, Dangote Cement has set the pace with the exportation of 27,800 metric tonnes of clinker to a neighbouring African country.

With this historic maiden voyage from its Export Terminal located in Apapa Port, Lagos weekend, Dangote has gradually made Nigeria, which until recently was one of the world’s largest bulk importers of cement, first self-sufficient in cement production, and now an exporter of cement clinker to other countries.

The exportation of clinker from the Dangote Cement Export Terminal will also place Nigeria as one of the leading clinker exporters in the world. The company is expected to increase the quantity of clinker export to other African countries within the next few weeks, it was further learnt. 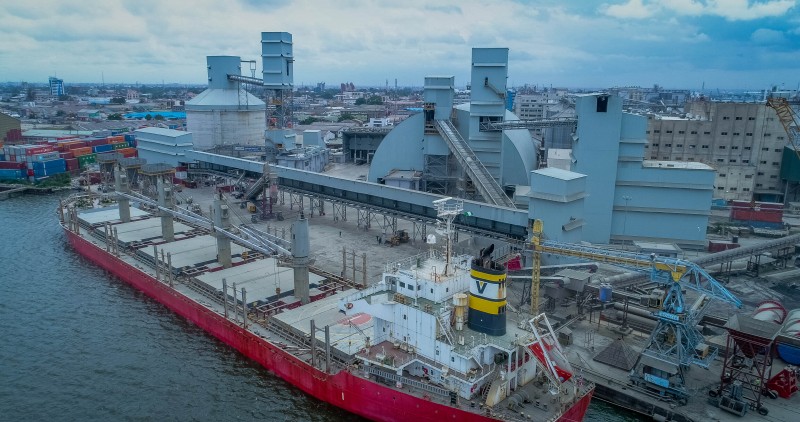 It said this development would enable Dangote Cement to take advantage of the African Continental Free Trade Area, and by so doing contribute to the improvement of intra-regional trade within the ECOWAS region.

The Manufacturing Association of Nigeria (MAN) has, therefore, commended Dangote Cement for leading the way for Nigeria to become one of the biggest cement and clinker exporters in the world.

Speaking during the departure of the ship conveying clinker from the Export Terminal at the weekend, Group Executive Director, Dangote Group, Alhaji Sada Ladan-Baki said the increased exportation of clinker and cement to other African countries would not only place Dangote Cement among top clinker exporters in the world but would also boost Nigeria’s foreign exchange earnings and reduce unemployment in the country.

“The beauty of what we have done is that we are going to be generating foreign exchange for the country in terms of dollars and Euros. For every batch of clinker we export, the money comes back to Nigeria. The amount we are talking about is not small. Presently, Dangote Cement should either be number one or number two exporter of cement in Africa and the revenue we have generated in the form of foreign exchange is running into millions. Today, we have formally launched the Dangote Cement Export Terminal. We are still going to do another major launch when the second ship is going out of the country,” he added.

Alhaji Sada recalled that only a few years ago, Nigeria was one of the world’s largest bulk importers of cement, saying that “Dangote has gradually made Nigeria self-sufficient in cement production as well as an exporter of clinker to other countries. 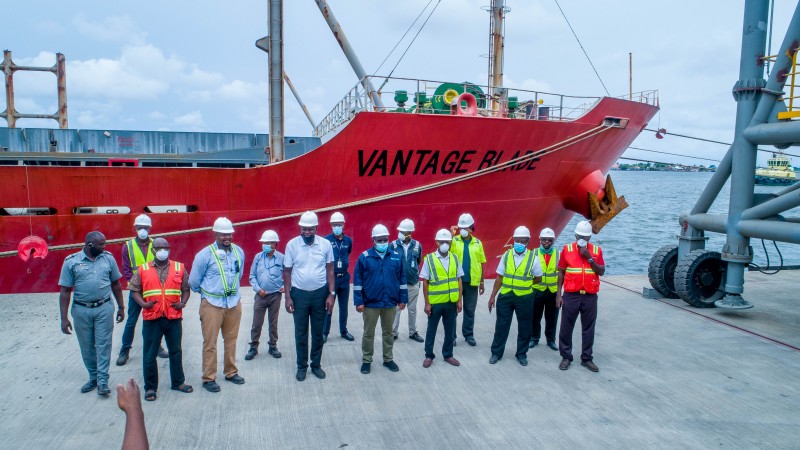 He explained that not only would this generate useful foreign currency for Dangote Cement to support other expansion projects outside Nigeria, it would also help to increase the output of the Nigerian plants, saying these would help to improve job creation and increase prosperity in Nigeria.

He stated: “This terminal will assist Dangote to actualise the full potential of the company’s investment in cement. You know as usual when the rain comes, sales decline, but not clinker export. This feat by Dangote is going to generate a lot of jobs because the Export Terminal has already created jobs to many Nigerians. As at now, the numbers of employed Nigerians at the terminal have reached 100. We are targeting about 200 to 300 workers in Lagos Terminal alone.

“But, apart from job creation opportunities, the exportation of clinker by Dangote will position the country to participate fully in the Africa Free Trade Liberalisation Agreement when it comes into being so that Nigeria will be protected against foreign products. It will also help the country compete effectively with every country that is in the business of exportation of clinker. At Dangote Cement, we are going about it aggressively and we are seeing it as an opportunity.”

Alhaji Sada said the company has also concluded plans to increase its clinker and cement export to other countries. “This vessel, being the maiden ship is exporting 27,800 metric tonnes to Senegal and this is just a tip of the ice-berg as to what we have in plan. What we have in plan is to send clinker from Nigeria to Ivory Coast, Cameroon and Ghana. Cameroon as an example takes about 82,000 metric tonnes every month. Our target is to export at least 4 million metric tonnes of clinker annually to various parts of Africa. 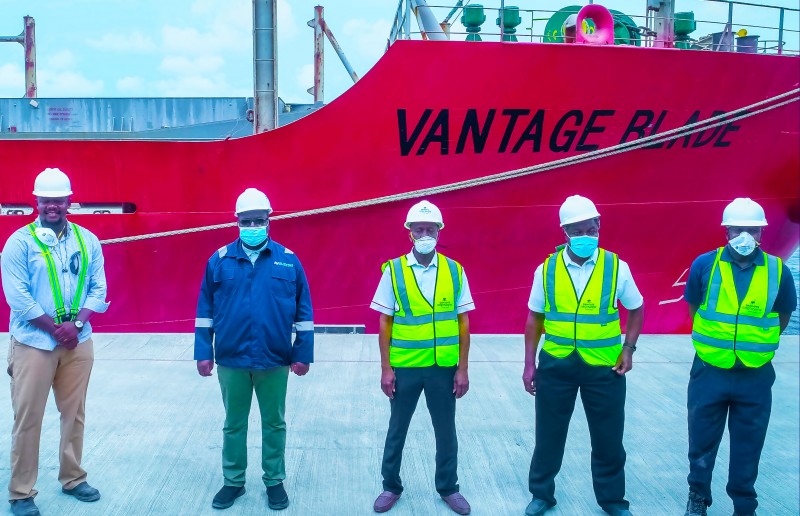 “That is our target that we hope to achieve within the next one to two years. This particular voyage is going to our sister company in Senegal. We have an integrated plant of 1.5 million tonnes and this one is expected to give the plant additional clinker that is required for the plant to sustain production. In the next week or two, we are going to be shipping 82,000 metric tonnes to Cameroon in batches of about 25,000 to 29,000 metric tonnes per voyage,” he added.

Speaking on Dangote’s achievement, the Acting Director-General of the Manufacturers Association of Nigeria (MAN), Chuma Oruche praised the wealthiest man in Africa for leading the way in the export of product from Nigeria to other countries.

According to him, this feat by Dangote Cement is capable of boosting Nigeria’s foreign earnings and reduce unemployment in the country.

He said: “The export of clinker by Dangote Cement at the weekend will definitely be beneficial to the Nigerian economy in terms of export earnings, job creation and wealth creation for families connected with these achievements.”

At the end of the two-day bi-monthly MPC meeting, all policy levers were maintained following a unanimous vote of all members of the committee. ...
Read more
Entertainment & Lifestyle

The virtual event is dedicated to the youth of Africa and will showcase the best of African talent, culture, and music to a global...
Read more
- Advertisement -

Yam feeds, nourishes, and provides a living for millions of people in sub-Saharan Africa and beyond. In the largest am-producing country in the world,...
Read more

In times of crises, investors take the advice of an Indonesian economist, Toba Beta, that says “Never trust money more than Gold.” The current...
Read more

In our 2020 Outlook report titled ‘’A different playing field,’’ we expected the cement industry to be on the path of growth, this growth...
Read more
- Advertisement -