Carbon began operations in 2012 and within the space of six years, it grew revenue steadily, reaching an all-time high of $17.5mm in full-year 2019. In the same year, Carbon expanded its product offerings to the Kenyan market and it’s disbursement volumes have grown from N13bn (2018) to N23.1bn. 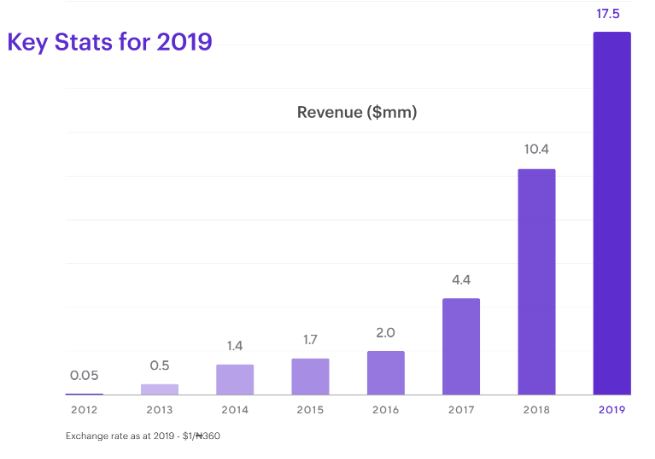 The increase in loans disbursed translated to over N6.3 billion generated in revenue. This is a 68.8% year-on-year (YOY) growth compared to the $3.73 billion made in 2018.

Formerly called Paylater, Carbon pioneered instant lending in Nigeria and was the first mobile app to provide access to credit digitally and without requesting individuals to present the documents and collateral traditionally associated with accessing loans. 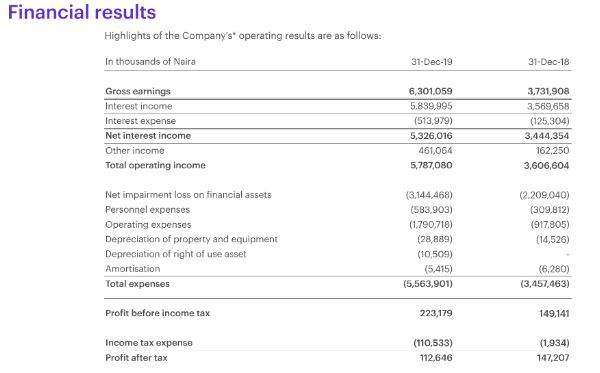 In 2019, the company launched a loan top-up feature that allowed customers with active loans to access additional credit when needed. At the end of the full-year Carbon had recorded over 25 thousand loans top-up.

Earlier this year, Carbon introduced its iOS app and USSD (*1303#) service. It also announced its Disrupt Fund, a $100,000 Pan-African fund to address the lack of capital for African tech startups.

To help their customer make money, Carbon introduced a one-time investment feature that allowed them to create an investment plan with as low as N100. At the end of 2019, Carbon users had invested a total of N2.8 billion.

By giving customers free bill payments along with cheaper transfers and fast transaction, more customers used the Carbon app for their payment services. This resulted in the number of transaction on the app increasing 23 times more than that of 2018.

The feature was so huge a success that more than N130 million was returned within the first 3 months of its launch.

So far this year, Carbon has introduced multiple new features for its customer base including Carbon Express: a keyboard allowing users to make payments from any social app, periodic investments, free bank transfers, monthly wallet interest, and more.

Carbon also plans to introduce debit cards, a reward program for loyal customers and SME accounts for entrepreneurs, in the months to come.

You can find the full annual report here

For the third successive month in a row, the Central Bank of Nigeria (CBN) this week reported that one...
Read more
Business & Economy

Guaranty Trust Bank Plc (GTBank) has long been regarded by industry watchers as one of the best run financial institutions in Africa, a reputation...
Read more
- Advertisement -

The Digital push for Nigeria’s Banks

With an estimated 60% of adults without a bank account in Nigeria, banks are increasing their focus on digital transaction service offerings. Just recently...
Read more

One Finance Limited, OneFi, has secured a $5m debt facility for its consumer-facing platform, Paylater. A statement by the company said the debt facility, from...
Read more