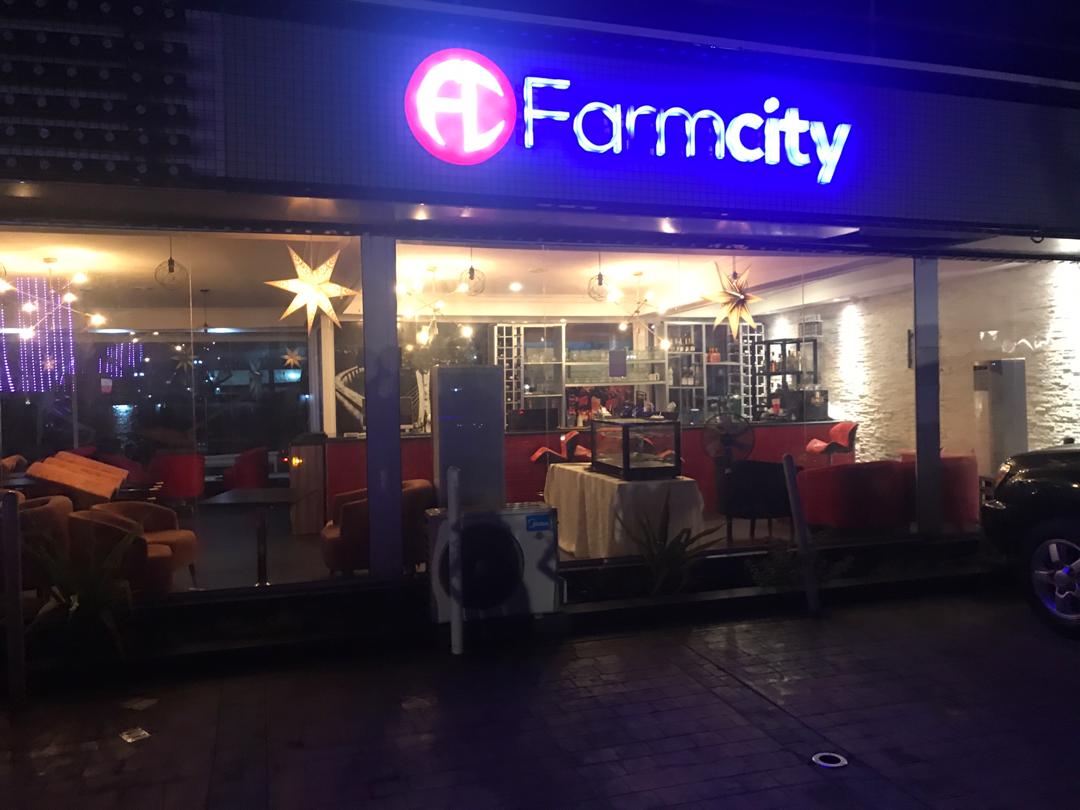 Speaking on the enforcement exercise, the General Manager, Dr. Dolapo Fasawe disclosed that the action by the Agency was in line with the Environmental Management and Protection Law of 2017, which mandated the Agency to address environmental violations that could pose a threat to the wellbeing of Lagosians and affect the environmental sustainability drive of the State government. 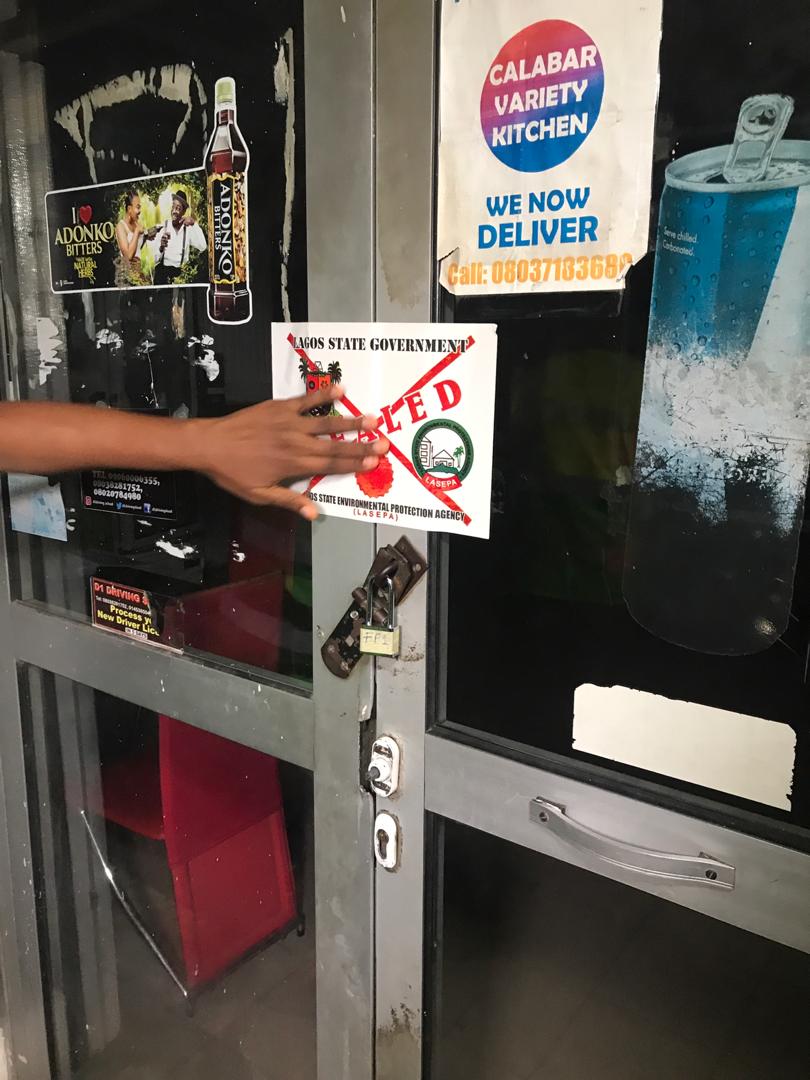 She explained that during the exercise, which was carried out in the late hours of Saturday and early hours of Sunday along the Lekki-Ajah axis of the State, two other entertainment and restaurant outlets, namely Page One in Ajah and Bien Mange in Abraham Adesanya Estate were also sealed. 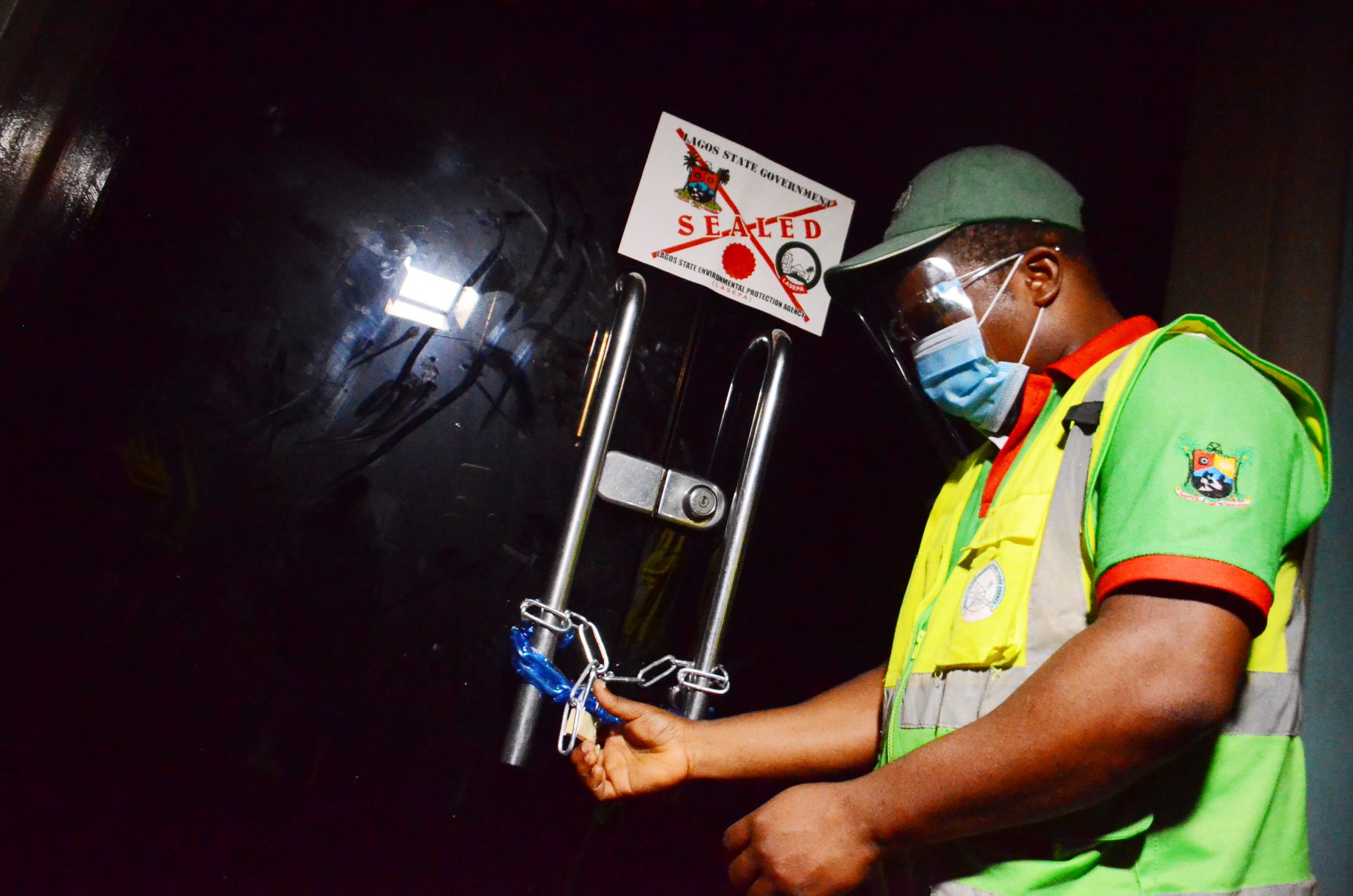 According to her, “Page One was sealed for operating a Beer Parlour and encouraging large gathering, while Bien Mange located at 9B, Dan Suleiman Crescent, Abraham Adesanya Estate was shut for illegally converting a residential building into commercial premises and operating in an unfriendly environment thereby constituting environmental nuisance to other residents of the area”. 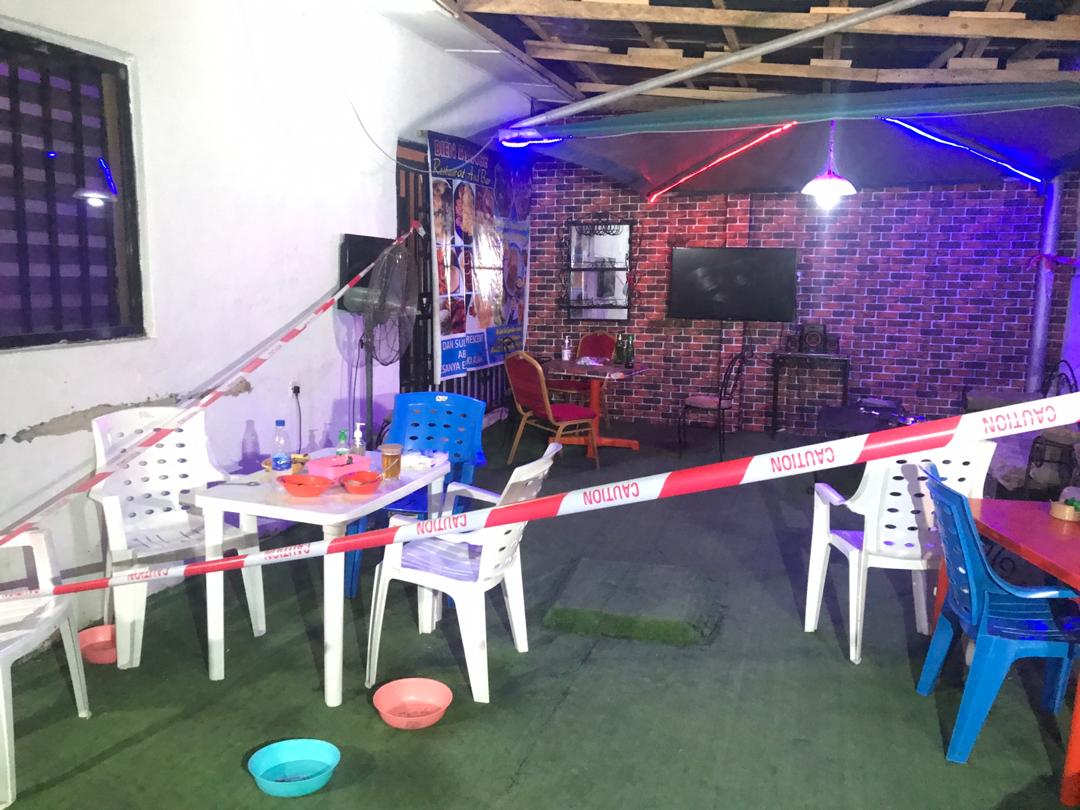 On Farms City and Quilox, she said: “The agency acted on a tip from a concerned resident who alleged that the activities at the two facilities have resulted in traffic congestion, flagrant disobedience of the environmental laws as well as non-compliance with the COVID -19 safety protocols”. 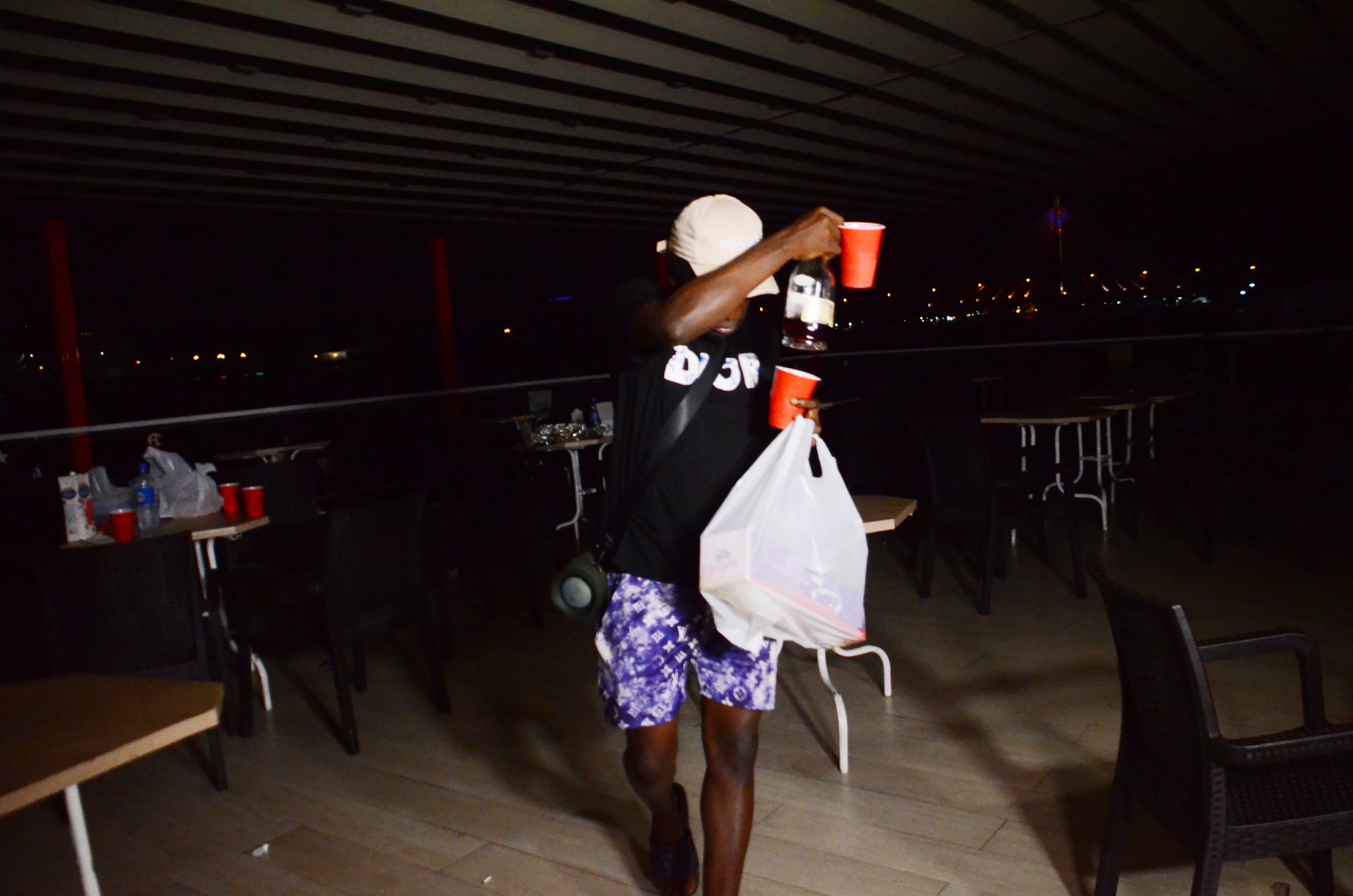 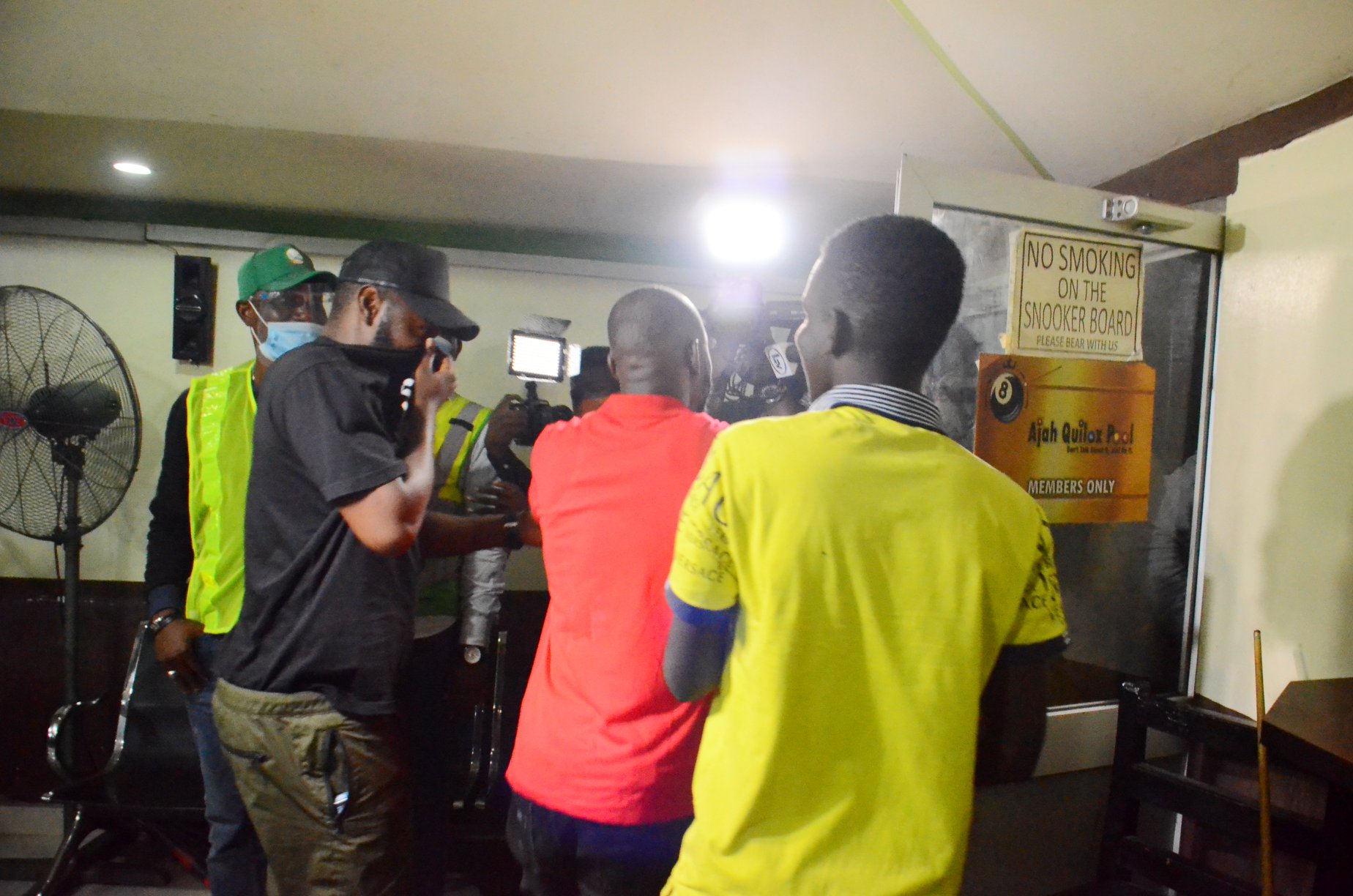 The General Manager averred that the operation was aimed at identifying environmental violations across the various facilities visited, but could not afford to ignore the level of non-compliance to COVID-19 protocols in all the sealed facilities.

“Apart from the environmental contravention observed in some of the facilities visited, we saw clearly that there were other violations that needed to be handled by other relevant MDAs such as the Lagos State Safety Commission (LSSC), the Rapid Response Squad (RRS), Lagos State Traffic Management Authority (LASTMA), and the Lagos State Task Force in ensuring that the position of the government in flattening the COVID-19 curve is sustained”, she asserted.

Citing the instance of the Bien Mange Restaurant and Bar located in a residential area in Abraham Adesanya Estate, she observed that such development would be a sort of nuisance to other residents within the Estate through noise pollution and discharge of waste materials into drainages.

She, however, informed all residents of the State that the relaxation of the lockdown does not authorise anyone to engage in activities that would accelerate the spread of COVID-19, stressing that the Agency is committed to enforcing the highest levels of compliance with physical distancing laws and all directives of the State Governor.