In a bid to ensure that students benefit from the online and media classes initiated by the State Government, the Tutor-General/Permanent Secretary, Lagos State Education District 1, Mrs. Titilayo Solarin on Monday distributed mobile phones and radio devices to indigent students of the District.

Solarin explained that the gesture was to further enhance the teaching and learning experience of the students as well as expand the reach of the virtual classroom lessons that had been ongoing since the school closure due to the COVID-19 pandemic. 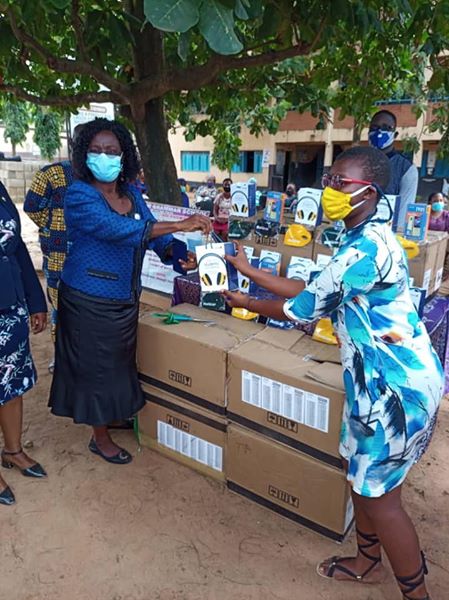 According to her, “The Telephone and Radio devices were donated by First Bank Nigeria through the Committee of Wives of Lagos State Officials, COWLSO, to the Lagos State Government”. 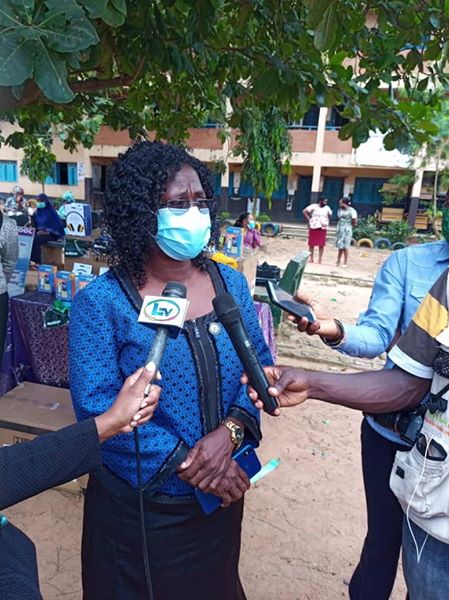 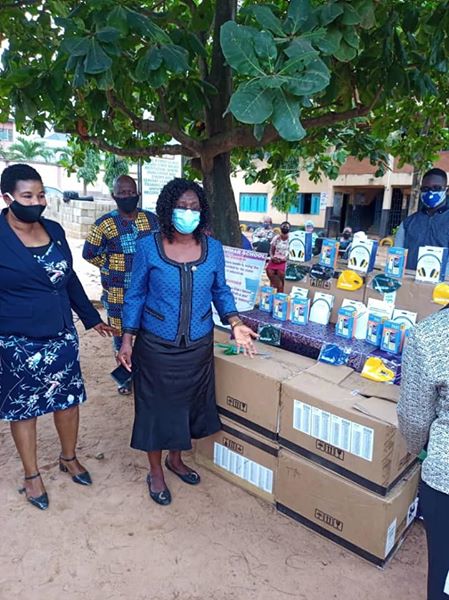 The Permanent Secretary informed that the District had observed that some of the students do not have access to either phones or radio devices in their localities, hence the decision to give them the phone and radio devices for participation in the online classes for easy monitoring and evaluation.

During the distribution exercise held at Iju Senior Grammar School, Ifako-Ijaiye, the Tutor-General thanked the State Government for the initiative as well as the provision of conducive learning atmosphere, saying that despite the pandemic, the supply of furniture had been going on across schools within the District.

She also disclosed that many schools are undergoing rehabilitation, upgrading of libraries and renovation of laboratories at this crucial period, thus affirming the commitment of Governor Babajide Sanwo-Olu’s administration to the Education sector.

The Tutor-General, however, urged the students to be serious-minded and face their studies whole-heartedly, stressing that they must reciprocate the government’s efforts of providing a conducive learning atmosphere as well as necessary tools make learning more meaningful and impactful.

While assuring the donors of the devices that the gadgets would be used judiciously for the intended purposes, she called on parents to monitor the movement and attitude of their children, especially now that they are learning outside the school environment, in order to avoid abuse of the use of social media.

In her words, “This is the time for parents to be more sensitive to the needs and yearnings of their wards, they should cultivate a cordial relationship with their children rather than entrusting them to the care of relatives, neighbours and friends because the rate of all forms of abuses in the society is alarming”.

The Director of School Administration, Mr. Oluyemi Adeshina, said that it was expedient for both parents and teachers to work together to save the future of the children by being alive to their specific roles and by not reneging from their responsibilities.

The event was attended by the representative of the Honorable Commissioner of Education, Mrs. Olufunke Oyetola, the District Directors, ANCOPSS Chairperson and Principal of Iju Grammar School, Mrs. Dorcas Adegboye, NUT representatives and Parents Forum members, among others.

The COVID-19 pandemic brought with it numerous disruptions to our way of life, changing the world as we knew it. While businesses and communities...
Read more

Agriculture has been categorised as the largest economic sector in most African countries, offering opportunities for poverty alleviation for youth, yet there is still...
Read more

Some 1.7 million small-scale farmers in Kenya, Nigeria and Pakistan will soon receive personalized agricultural advice through their mobile phones as a means to...
Read more

Over forty winners have emerged from the third edition of The BIC National Consumer Promotion tagged Shave, Play and Win. The promo was designed...
Read more
- Advertisement -