Petrol Index: How many litres of petrol can you buy for the average salary in Nigeria and around the world?

Picodi team examined the change in petrol prices in several dozen countries and calculated how many litres of petrol an average Nigerian can afford in 2020.

Interestingly, in Tunisia and Algeria, the prices of petrol noted a moderate increase (1.2% and 1.7% respectively), and in Egypt and Zambia petrol went up by as much as 11.5% and 13.9%. 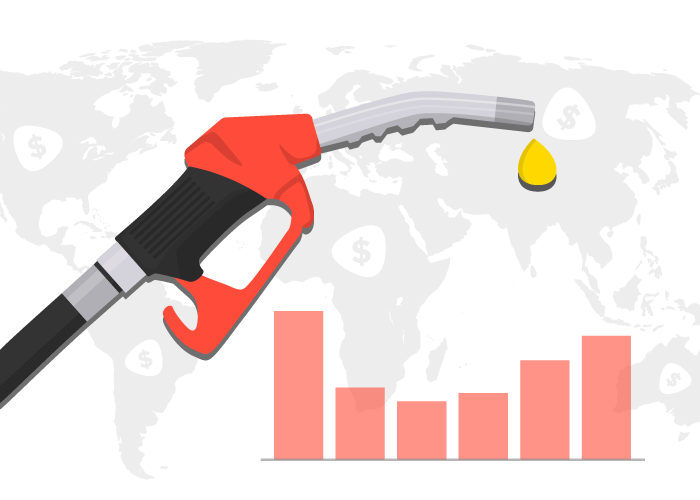 Petrol Index 2020: who can fill up the biggest amount of petrol in Africa?

Petrol Index 2020: who can fill up the biggest amount of petrol in Africa?

(click the arrows to see data from the remaining 6 countries)

Algerians can enjoy the cheapest petrol in Africa — the average petrol price in their country, converted from dinars to American dollars is 0.33 cents. Kenyans pay the highest price — $0.96.

We contrasted the average prices of petrol in the first half of the year 2020 with the latest data on average salaries. For the second year in a row, South Africa and Algeria can boast the best petrol price to an average salary ratio in Africa. The average pay in those countries allows their citizens to buy 1,345 and 804 litres of petrol respectively.

In Nigeria, according to Numbeo, the average salary amounts to 70,060 nairas. It means that an average Nigerian can buy 539 litres of petrol with their pay (3rd place). Lower in the ranking were Kenyans with 536 litres.

Tunisia, Egypt, and Zambia took the last three places. The average salary in these countries is worth 411, 403, and 219 litres respectively.

(Hover over the country to see the information)

In the world ranking, top positions are taken by Persian Gulf countries. In Saudi Arabia, Qatar, and Kuwait, you could buy from 5,112 to 8,210 litres of petrol for the average pay. It is worth noting that Kuwaitis can afford 139 litres less than last year. On the other hand, in 2020 Saudis and Qataris can buy around 4,933 and 1,605 litres more.

The worst situation was noted in Cuba where the average salary is equal to the price of only 28 litres (an increase of 2 litres). Despite the fact that Tajikistan and Zambia accompany Cuba in the lower part of the ranking, their citizens can afford even seven times more petrol than Cubans (151 and 219 litres respectively).

It turns out that being an oil tycoon does not always mean easier access to petrol for the citizens. Nigeria produces the biggest amounts of petrol in Africa. Despite one of the lowest prices of petrol in the whole world ($0.34), the relatively low average salary ($182) does not allow Nigerians to buy many litres of petrol — just 539.

It is similar to the European oil heaven, Russia. In a country which is the second-biggest oil producer in the world, for the average salary you can afford only 919 litres.

Another interesting fact is the situation in Venezuela. In this South American country, there are limits which allow buying only 120 litres of petrol per capita in a month for the price amounting to around 0.025 dollars per litre.

Once the limit is exceeded, petrol can be bought only at the “market” price which is 0.5 dollar per litre, and only in 200 petrol stations in the country.

Our calculations show that the average salary in Venezuela is enough for just 148 litres of petrol (120 litres subsidised and 28 litres fully paid), which is a drastic difference compared to theoretical 14 billion litres from the last year.

This report uses the average net wages according to the latest available data provided by offices for national statistics or relevant ministries. The average prices for the first half of 2020 in over 100 countries are based on data from globalpetrolprices.com and other local sources.

In order to obtain the number of litres, we divided the average wage by the average price of 1 litre of petrol. For currency conversion, we used the average exchange rate for the last 90 days.

Read Also:  Still on the matter of the King in the Market.

Here Are The Average Prices Of Petrol, Diesel, Kerosene And Cooking Gas For December 2020

Here are the average Prices of Petrol, Diesel, Kerosene and Cooking Gas for October 2020