The team of Defence Industries Corporation of Nigeria (DICON) paid a courtesy visit to the CEO of Innoson Vehicle Manufacturing (IVM), Chief Innocent Chukwuma at his Nnewi factory in Anambra State on 26th August 2020 as the duo is set to partner in the production of MRAP EZUGWU.

DICON in collaboration with the Command Engineering Depot (CED) produced a Mine Resistant Armoured Protected Vehicle named EZUGWU MRAP which has been deployed to the North-East by the Nigerian Army to be used for executing insurgency operations.
The team intends to further partner with IVM in order to produce more military-grade vehicles, patrol vehicles, and Soft Skin vehicles for the Armed forces and other security agencies. 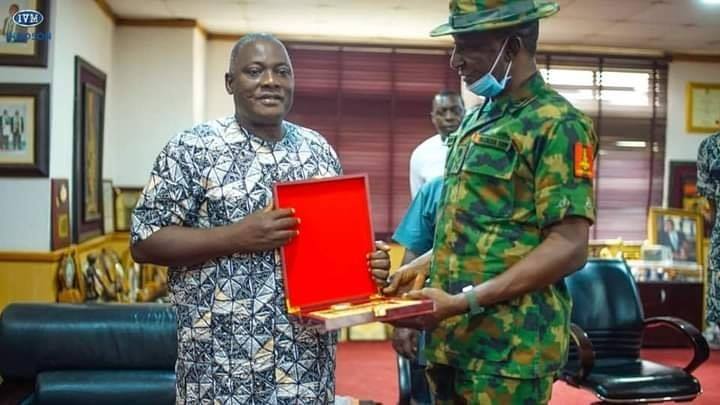 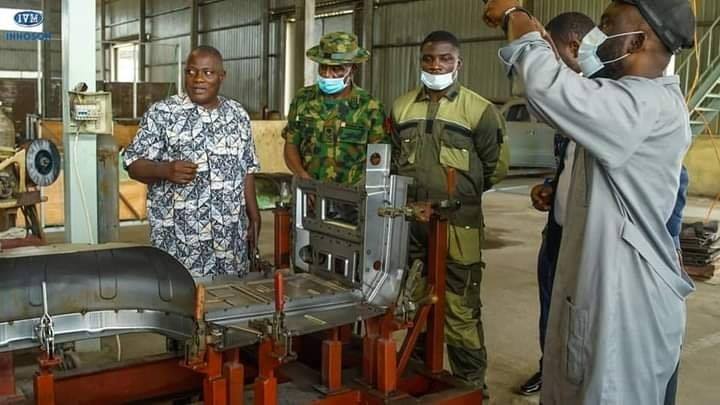 According to the team lead, Maj.Gen V.O. Ezugwu, who was impressed with the facilities on the ground; he said the collaboration with IVM is inline with the FG’s drive to boost local content and encourage indigenous production in the country. 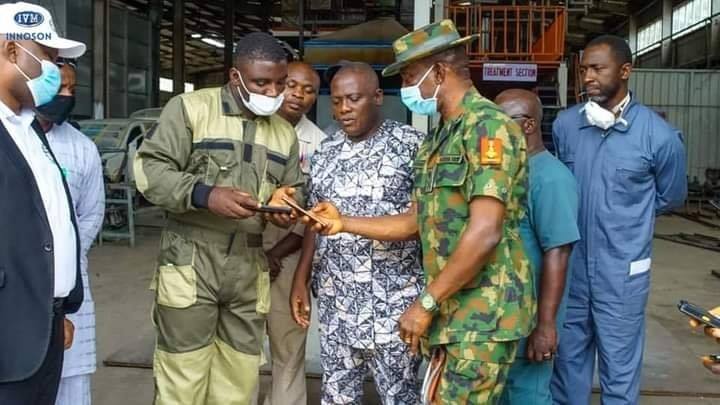 Chief Innocent Chukwuma was also very delighted to receive the team and promised to partner and support DICON in its production in order to assist the FG in its fight against insurgency in the country. 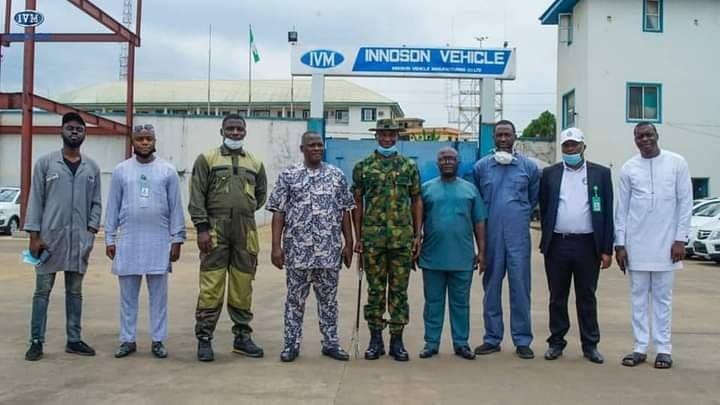 Read Also:  Innoson Partners with Shell For the Supply of Innoson Vehicles

Innoson Partners with Shell For the Supply of Innoson Vehicles