He added however that the administration has activated plans to gradually fix the facilities, equip them, and train and motivate teachers to guarantee quality basic education in the state.
“We have over 1000 public schools which need to be rebuilt completely. It is not just about renovation because many of classrooms have collapsed. Some do not even have floor, not to talk of furniture. So, we will gradually fix these public schools and bring them back,”
AbdulRazaq told participants at the last lap of the citizens’ engagement on the 2021 budget held at Ajase-Ipo (Kwara South).
“There are many lapses especially in the area of education. That is why we intend to access UBEC funds which the state has not accessed since 2013. We want to access it to fix some of our public schools. The infrastructure deficit is so huge that even the entire UBEC fund cannot fix all our public schools.”
The State Executive Council had on Friday approved for the state to take a N7.1bn facility to access (another N7.1bn of) the six-year backlog of outstanding UBEC funds which the state plans to invest in its basic education sector. 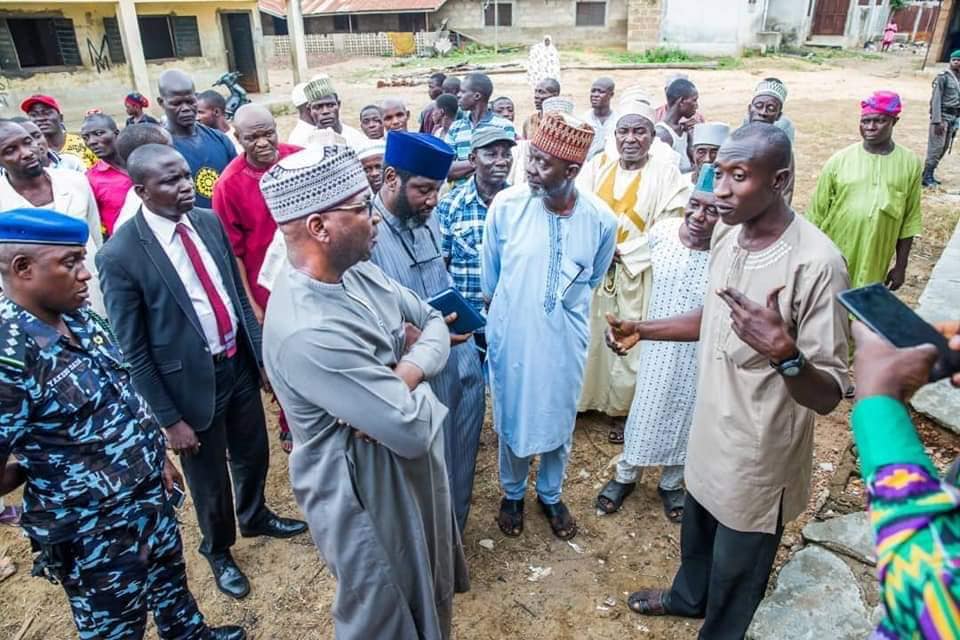 Speaking via zoom to the participants at the engagements session, the Governor said the administration would also invest in training and promotion of teachers, among other incentives, to keep and attract more qualified hands.
- Advertisement -

He commended the people of the region for their self-help approach to development but said the administration would not fail in its duty to build infrastructure and rejuvenate the economy.

The government is aware of challenges in Kwara South particularly in the area of access roads for farm produce and trade, and would soon commence phased construction of at least 600 kilometres of roads under the Rural Access and Agricultural Marketing Project (RAAMP) before the end of the year, he said.

“The World Bank assisted programme (RAAMP) is going on. That should cover about 600km roads which should begin by the fourth quarter of this year. Many roads have been captured under the programme, including in Kwara South,” AbdulRazaq said.

He said the administration has been constructing some roads and rehabilitating health centres in the region, as in elsewhere across the state, and called for more engagement with and support for the government.

“This meeting is to engage you, to know your pains, where you want us to improve in terms of infrastructure: roads, water, healthcare, schools, job creation, and indeed all facets of human endeavours. So, we are here to listen to you. Tell us what you want and how you want it done,” he added.

AbdulRazaq said the government has also set up a committee on job creation headed by Deputy Governor Kayode Alabi with a mandate to explore more areas the administration can get people engaged in productive activities.

The engagement session was attended by the Deputy Governor; members of the Kwara State House of Assembly led by Speaker Rt Hon. Yakubu Danladi; cabinet members; traditional rulers; and various youths and community-based associations across the Kwara South.

The Ajase-Ipo (Kwara South) event drew the curtain on the three-legged citizens’ engagement on 2021 budget which began in Ilorin (Kwara Central) on September 1 and berthed in Bode Saadu (Kwara North) last Thursday.

The first-ever citizen engagement session on a budget in Kwara State was held last year December to harvest public views to the state’s fiscal plan for the new year. Finance and Planning Commissioner Olasumbo Florence Oyeyemi said the engagement was to deepen participatory democracy and encourage transparency.

The initiative has attracted commendations from the House of Assembly and members of the public, including the civil society groups, which described it as innovative and a show of good faith by the administration.

How to apply for Kwara State N500m SME funds

The Governor of Kwara State Abdulrahman Abdulrasaq tweeted that he visited the sites of some of the businesses that were looted by hoodlum and...
Read more

Amidst the COVID-19 scourge ravaging the world and consequently affecting every sphere of human lives including the education sector, the Lagos State Government has...
Read more

As part of ongoing efforts to rehabilitate infrastructure in Public Schools, the Lagos State government has approved the construction of new blocks of classrooms,...
Read more
- Advertisement -