Last weekend the new V-Class celebrated its market premiere in China at Auto China in Beijing. The facelift of the Mercedes-Benz MPV is now available on the world’s largest automotive market – tailored to the wishes of Chinese customers. The vehicle will continue to be produced at the local Daimler joint venture Fujian Benz Automotive Co., Ltd (FBAC) in Fuzhou. Since its market launch in 2016, more than 62,000 units of the V-Class have been produced and sold in China. 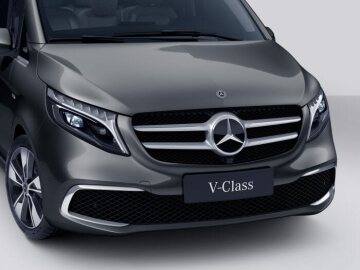 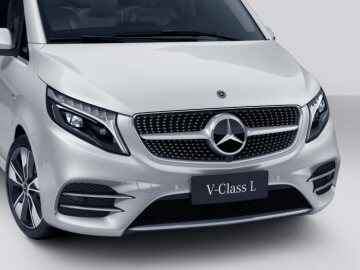 Marcus Breitschwerdt, Head of Mercedes-Benz Vans: “China is an extremely important, steadily growing market – and for us the V-Class is definitely the most important driver of growth here. Thanks to consistently focussing on the specific requirements of the market and customers as well the excellent performance of our sales team, we have been able to put our MPV in a very strong position on the Chinese market – every fourth V-Class sold worldwide drives on Chinese roads. We are convinced that the new V-Class with equipment that is even more luxurious and a significant increase in driving comfort will further strengthen its position.”

The new V-Class for China: even more attractive, even more customer-focused

The new V-Class for the Chinese market has numerous attractive innovations to offer. Like its European counterpart, the facelift for China features a refined exterior design with a new mix of paint colours and rims as well as the revised front section. The 9G-TRONIC automatic torque converter transmission in combination with the AIRMATIC air suspension system, which automatically provides the optimum damping effect on each wheel for all driving and road conditions, ensure increased driving comfort. With AIRMATIC Mercedes-Benz is again setting standards in the segment. Thanks to the now available Active Brake Assist and Highbeam Assist Plus the vehicle is even safer too. 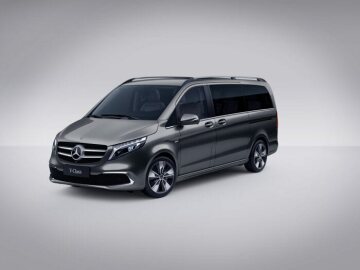 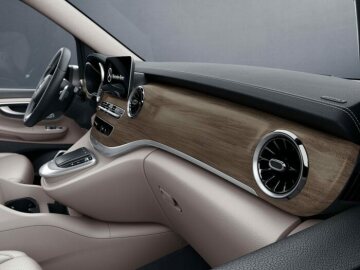 Specifically, in response to the requirements of Chinese customers, the facelift of the V-Class boasts new equipment in the interior which creates a modern and luxurious ambience. The designers and engineers at Mercedes-Benz placed particular focus on the comfort of rear compartment passengers – the most important place in the vehicle in China. 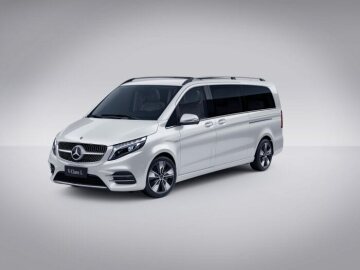 With the facelift new, exclusive trim elements made in light wood look with an embedded ambient light decorate the backrest of the driver and co-driver seats and emphasise the luxurious character of the passenger compartment. The new highlight in the rear is, however, the re-designed luxury seats in the second row. They offer heating, ventilation and massage functions as well as a head restraint, leg and footrests and with that make for a perfect feeling of well-being. The extended armrests contribute to increased comfort, providing not only a cup holder and USB ports but also an integrated storage facility for a smartphone. The seats also have a new look: Chrome and light elements put the luxury seats in the limelight.

Style and comfort in the cockpit are increased by the MBUX (Mercedes-Benz User Experience) infotainment system – with a touch display of 10.25 inches in size, a touchpad on the centre console and the self-teaching voice control which is activated with the key phrase “Hey Mercedes”. MBUX is also equipped with a smartphone integration specific to China: BAIDU Carlife. 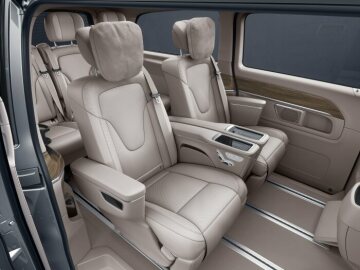 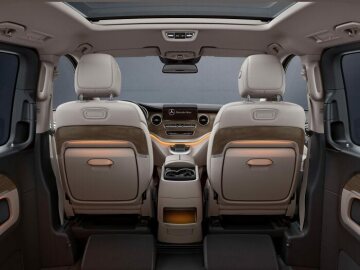 Another new feature: Mercedes me connect. With Mercedes me connect, customers gain access to a variety of connectivity services in and around the MPV. Developed specifically for the market, this also includes as standard the integration into the WeChat app – a Chinese multi-messaging, social media and payment app. A variety of vehicle information, such as the vehicle position, can be viewed and shared directly in the WeChat app. Upon request further services are available. Customers can for instance access QQmusic – and with that a wide selection of IP radio stations and online music tracks.

The mid-sized van models made by Mercedes-Benz have been rolling off the production line in Fuzhou, destined for the Chinese market, since 2010. In 2013 the joint venture Fujian Benz Automotive expanded the plant to include the first research and development centre outside of Germany. Development focusses on models that are produced and sold locally. Up to the present day, FBAC has invested more than 400 million euros. A large part of the investment was used to localise components and equipment, to prepare and modernise the body-in-white production and the assembly process as well as to qualify the employees at the Fuzhou plant.

At a glance: facts and figures on the V-Class in China 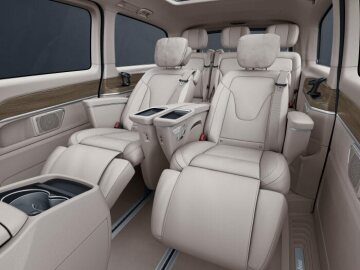