Oil prices extended losses to about three per cent on Friday after U.S. President Donald Trump said he has tested positive for COVID-19. 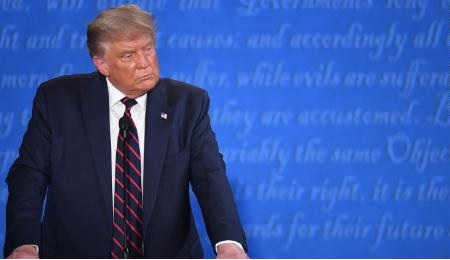 U.S. and Brent crudes are heading for drops of around five per cent and six per cent respectively this week for a second consecutive week of declines.

In a tweet, Trump said that he and First Lady Melania Trump tested positive for COVID-19.

Oil was already in negative territory after a bipartisan deal for more economic relief in response to the pandemic continued to elude House Speaker, Nancy Pelosi and the White House, adding to fears about worsening demand without more support for the economy.

“It was a weak market already and this event has come along and added uncertainty, giving pause for people to say, ‘you know what, I’m taking some risk off the table’,’’ said Lachlan Shaw, Head of Commodity Research at National Australia Bank in Melbourne.

Crude supplies from the Organisation of the Petroleum Exporting Countries (OPEC) rose in September by 160,000 barrels per day (bpd) from a month earlier, a Reuters’ survey showed.

The increase was mainly the result of increased supplies from Libya and Iran, OPEC members that are exempt from a supply pact between OPEC and allies led by Russia – a group known as OPEC+.

Libya’s production has risen faster than analysts expected after the relaxation of a blockade by the Libyan National Army.

Its crude output has risen to 270,000 bpd as the country ramps up export activity, a Libyan oil source told Reuters on Thursday.

New COVID-19 cases worldwide have risen to more than 34 million, nearly two million more than at the end of last week and based on Reuters’ tallies.

This week marked the grim milestone of one million deaths and several countries are tightening restrictions and contemplating lockdowns as infections accelerate, prompting concerns about the impact on fuel demand.

Schneider Electric, a leader in digital transformation, energy management and automation, and Orange, a global telecoms operator and leader in digital services, announced the first deployment of indoor 5G in the industrial sector in France on experimental frequencies as part of a trial.

Digital Explorers has launched applications for the second cohort of the program. This time, it is a female-only track that will select up to 15 female Data Analysts and Data Scientists at entry-level who will undergo up to 6 months paid traineeship in Lithuania. The program will consist of intensive training and a placement at a Lithuanian company.

The African Continental Free Trade Area (AfCFTA) is one major solution for the expansion of non-oil exports from Nigeria to foreign lands, the Federal Government stated on Sunday.

The suspension earlier placed on the trading in the shares of FTN Cocoa Processors Plc has been lifted by the Nigerian Stock Exchange (NSE). The...
Read more
Entertainment & Lifestyle

We listened with great interest to four prominent private equity players in Africa in a discussion of prospects during and after COVID-19. The event...
Read more

WHO urges greater COVID-19 vigilance in Africa as holidays near

19 November 2020 – With the end of year approaching and many African families planning get-togethers, the World Health Organization (WHO) is urging countries to...
Read more