International Airlines Group (IAG) has announced changes to its senior management team with immediate effect. Formed in January 2011, IAG is the parent company of Aer Lingus, British Airways, Iberia and Vueling. It is a Spanish registered company with shares traded on the London Stock Exchange and Spanish Stock Exchanges. The corporate head office for IAG is in London, UK.

“IAG has proved itself to be one of the world’s leading airline groups with a portfolio of successful companies. We’re navigating the worst crisis faced in our industry and I’m confident these internal promotions will ensure IAG is well placed to emerge in a strong position.

“I want to thank Alex for all that he has done at British Airways. He worked tirelessly to modernise the airline in the years leading up to the celebration of its 100th anniversary. Since then, he has led the airline through a particularly demanding period and has secured restructuring agreements with the vast majority of employees.

“Sean Doyle has extensive experience at British Airways having worked there for 20 years before moving to head Aer Lingus nearly two years ago where he has done an excellent job. I am confident that will continue at British Airways.

“Fernando Candela, who has more than 25 years of experience in aviation and excelled at both Iberia Express and LEVEL, joins our management committee in the new chief transformation officer role. He will coordinate change across the Group, focusing on creating a company fit for a different future and ready to take advantage of new opportunities. In the short term, he will also remain, chief executive of LEVEL, until a replacement is appointed.

“As our new team comes together, we remain focused on making the right operational and strategic decisions for the long-term benefit of all IAG’s stakeholders”.

Alex Cruz became British Airways chairman and chief executive in April 2016. He was previously chief executive of Vueling from 2009 when it merged with Clickair, an airline Alex founded in 2006. Alex began his career at American Airlines where he worked for 10 years before undertaking various management consultancy roles in the airline and travel industry.

Read Also:  5 REASONS WHY YOU SHOULD ALWAYS WEAR A SEATBELT 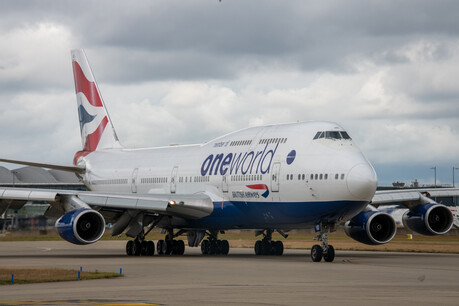 International Airlines Group is one of the world’s largest airline groups with 533 aircraft flying to 274 destinations and carrying almost 95 million passengers each year. It is the third-largest group in Europe and the sixth-largest in the world, based on revenue.

Sean Doyle joined British Airways in 1998 undertaking various financial, strategy, commercial and alliance roles for the airline culminating in his appointment to the airline’s executive management committee in 2016 as director of network, fleet and alliances. Originally from Cork, he became Aer Lingus chief executive in January 2019.

How analysts see the management changes at British Airways

“This is a sign that the new chief executive of IAG, Luis Gallego, is flexing his muscles and trying to demonstrate he’ll make the changes necessary to lead a sustained recovery for the airline group,” said Susannah Streeter, senior investment and markets analyst at Hargreaves Lansdown.

Last week, British Airways retired its fleet of 747s. “The 747s have played a huge role in our 100-year history, forming the backbone of our fleet for over 50 years. I know I speak for our customers and the many thousands of colleagues who have spent much of their careers alongside them when I say we will miss seeing them grace our skies,” Cruz said. He added, “This is not how we wanted or expected to have to say goodbye to our incredible fleet of 747 aircraft. It is a heartbreaking decision to have to make.”

The “Queen of the Skies”, as the 747s are known, had become unviable amid the slump in air travel. The model’s low fuel economy makes it an even uneconomic proposition under the current scenario.

Airline companies globally including British Airways have been taking hard decisions to survive the pandemic. Despite help from governments, many airlines are finding it hard to survive.

Many airline companies have failed this year

According to Travel data company Cirium, 43 commercial airlines have failed this year compared to 46 in the full year 2019. Rob Morris, global head of Cirium does not see any near term solution to the airline industry’s woes. “With demand recovery in most regions stalled and airlines still struggling with revenue generation and cash outflow, we expect to see more failures in the final quarter of 2020 and first quarter of 2021 at least,” said Morris.

British Airways Holidays is launching a range of Black Friday offers, with savings available across both short and long-haul holidays. Discounts will be available across...
Read more

To offer some much-needed sunshine as temperatures drop and Brits are asked to stay at home, British Airways is launching its latest sunshine campaign. The...
Read more

British Airways will operate 52 long haul routes alongside its short haul network this November as the airline continues to adapt to changing restrictions...
Read more

British Airways has announced that its final two Heathrow based Boeing 747 aircraft are scheduled to depart from the airport for the very last...
Read more
- Advertisement -