In addition, PMI’s total market share has been restated for previous periods to reflect the deconsolidation. Growth rates presented in this press release on an organic basis for consolidated financial results reflect currency-neutral underlying results and “like-for-like” comparisons, where applicable. 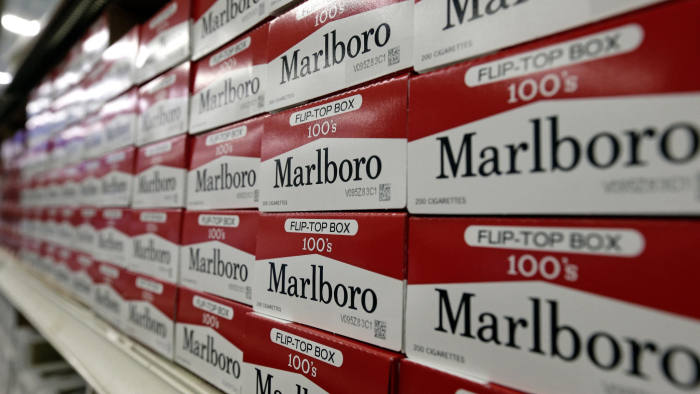 Adjustments, other calculations and reconciliations to the most directly comparable U.S. GAAP measures are included in the schedules to this press release.

“We delivered stronger-than-anticipated results in the third quarter, despite the ongoing challenges of the pandemic, with adjusted diluted EPS growth of 5.6% on an organic basis,” said André Calantzopoulos, Chief Executive Officer.

“The sustained momentum of IQOS was excellent, with an estimated 16.4 million total users at the end of September and smoke-free products accounting for nearly one-fourth of our total net revenues in the quarter. Furthermore, our combustible tobacco business recorded an improved sequential performance, supported by better underlying total industry volumes across both developed and emerging markets.”

“Despite continued headwinds for our duty-free business and in Indonesia, we are raising our full-year 2020 guidance and now anticipate adjusted diluted EPS growth of around 5% to 6% on an organic basis, compared to a range of approximately 3.5% to 5.0% previously.”

Since the onset of the COVID-19 pandemic, PMI has undertaken a number of business continuity measures to mitigate potential disruption to its operations and route-to-market in order to preserve the availability of products to its customers and adult consumers.

PMI raises its full-year 2020 reported diluted EPS forecast to a range of $5.03 to $5.08, at prevailing exchange rates, compared to the previously communicated forecast range of $4.92 to $4.99, provided on September 10th.

Excluding an unfavorable currency impact, at prevailing exchange rates, of approximately $0.32 per share (compared to approximately $0.31 per share assumed previously), the favorable tax item of $0.06 per share, asset impairment and exit costs of $0.04 per share and the fair value adjustment for equity security investments of $0.04 per share, this forecast represents a projected increase of around 5% to 6% versus pro forma adjusted diluted EPS of $5.13 in 2019, as detailed in the above table.

The Governor of Akwa Ibom State, Mr. Udom Emmanuel has signed an agreement for the citing of a multi-billion...
Read more
Business & Economy

One of 10 Organizations Acknowledged by CDP for Environmental Leadership and Demonstrable Progress on Climate, Forests, and Water in 2020 Dec. 10, 2020 - Philip...
Read more
- Advertisement -