“Our financial results are impacted by weak prices as regions across the world are still severely affected by the pandemic. We see the results of our forceful response to the market turmoil, with significant cost improvements and strict financial discipline. Net impairments in the quarter are mainly due to reduced price assumptions. Significant uncertainty remains around the future commodity price development underlining the importance of increased competitiveness and financial resilience,” says Eldar Sætre, President and CEO of Equinor ASA. 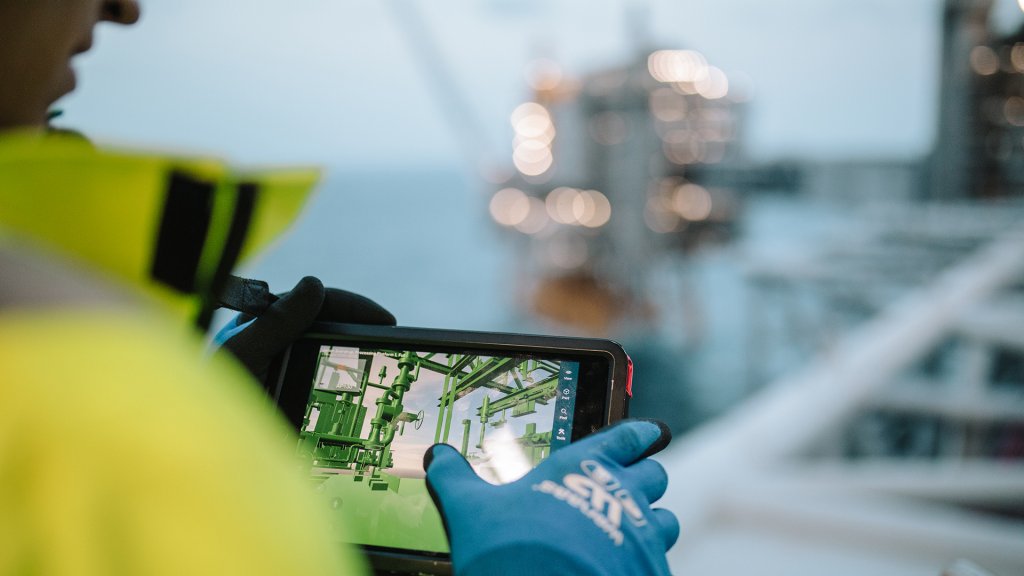 “We deliver solid operational results in the quarter with underlying production growth of nine percent. We progress our competitive project portfolio, supported by the tax policy measures in Norway, with the delivery of Plan for Development and Operation of the Breidablikk field. Our specialised organisation for late-life production at the Norwegian continental shelf had a successful start-up showing improved production efficiency and reduced cost,“ says Sætre.

“We continue to capture value from our renewable energy portfolio and position ourselves for profitable growth in value chains for carbon capture and storage. This quarter we announced our partnership with BP, including the divestment of half of our share of offshore wind, projects Empire Wind and Beacon Wind in the US. We are progressing H2H Saltend, a project for large-scale production of hydrogen in the UK, and in Norway, we are progressing the Northern Lights project as part of creating full value chains for carbon capture, transportation and storage,” says Sætre.

Equinor is on track to deliver on the action plan launched in March 2020 of USD 3 billion to strengthen financial resilience, including a reduction of operating costs of USD 0.70 billion. Unit production costs are significantly reduced from the third quarter last year.

In the E&P Norway segment, Equinor saw weak prices impacting the results but took advantage of the flexibility in gas production as gas prices in Europe recovered through the quarter.

Results in the E&P International segment were impacted by low prices, partially offset by a substantial reduction in costs. The E&P USA segment was also impacted by weak prices while continuing efforts to reduce activity and costs.

The Marketing, midstream and processing segment captured value from gas sales to Europe, offset by slightly negative refinery margins in the quarter.

New energy solutions delivered a positive result in the quarter, including costs related to the maturation of new projects. A capital gain of around USD 1 billion from the divestment of a 50% non-operated interest of the offshore wind projects Empire Wind and Beacon Wind in the US is expected to be booked in the first quarter of 2021.

Net operating income was impacted by net impairments of USD 2.93 billion mainly due to reduced future price assumptions as well as some reductions in reserves estimates. Net impairments include USD 1.38 billion in the E&P USA segment, of which USD 1.21 billion is related to the US onshore. Impairments in the E&P International segment were USD 1.18 billion, while impairments within the E&P Norway segment was USD 0.37 billion. In total, USD 0.58 billion of the net impairment was recognised as exploration expenses.

At the end of the third quarter, Equinor has completed 26 exploration wells with 13 commercial discoveries and two wells under evaluation. At the quarter-end, 16 wells were ongoing. Adjusted exploration expenses in the quarter were USD 0.30 billion, compared to USD 0.26 billion in the same quarter of 2019.

The board of directors has decided a cash dividend of USD 0.11 per share for the third quarter of 2020.

The Self-imposed Adjustments as Onions Disappear from the Breakfast Omelette.

Nigerians adapt easily to changes. When the price of food rise, we add a few Naira and buy what we can afford. After all,...
Read more
Entertainment & Lifestyle

5 Gifts to give your loved ones this Christmas Season

Christmas is a season of love and sharing. For the Christians, it is also a period in which the 25th is celebrated as the...
Read more
Business & Economy

Equinor has signed a Memorandum of Understanding (MoU) with Microsoft to explore ways to support the Northern Lights carbon capture and storage (CCS) project...
Read more

A drone flew a 3D-printed part for the lifeboat system from the Mongstad base to the Troll A platform in the North Sea. The...
Read more

The Board of Directors of Equinor has appointed Anders Opedal as the new president and CEO of Equinor from 2 November 2020. Eldar Sætre...
Read more

Equinor has agreed to sell a 40.8125% interest in and transfer operatorship of the Bressay oil field development on the UK continental shelf to...
Read more
- Advertisement -