Ikeja Hotel Plc has issued a statement via the Nigeria Stock Exchange (NSE) to its Shareholders on the unaudited group Accounts for the third quarter ended September 30, 2020.

The Loss After Tax of N1.4 Billion recorded by the group in the Third Quarter Financial Statements was due to the continued effects of the COVID-19 pandemic on the hospitality sector and is likely to affect declaration of dividend for the year ended December 31, 2020. Ikeja Hotel Plc (the Company) is responding to these challenges in order to return the business to profitability.

In addition, the Company received a letter dated October 15, 2020, from the Lagos State Government, purportedly revoking its right of occupancy on its land situated at Opebi Gorge, Ikeja, Lagos.

The Company has taken legal action to contest this revocation. However, the revocation has the potential to impair the assets of the Group to the tune of N4. 63 Billion if the government succeeds.

A peek into Q2 Results

Ikeja Hotel Plc witnessed a decline in its earnings (N785m loss) for the first six months of the year, ended June 30, 2020.

The coy recorded N177.4m as gross profit in the first half of the year as against N1.4bn recorded in the corresponding period of 2019, representing 87.7% drop.

It also recorded a loss before tax of 777m in the first half of the year, compared to a profit of N341m in a similar period of 2019.

More checks in the financial statements showed that the group recorded less revenue for rooms booked for the last six months.

The NSE had in November 2016 suspended trading in the shares of the company “to safeguard the investments of shareholders of Ikeja Hotel Plc following the continued dispute between the major shareholders which had negatively impacted on the company’s governance structure”.

Ikeja Hotel Plc was incorporated as Properties Development Limited (PDL) on November 18, 1972, with a view to providing world-class hotel and catering services to meet the needs of an ever-increasing number of local and international business and leisure travellers entering the city of Lagos. The Company’s name was later changed to Ikeja Hotel Limited in October 1980. It became a public company in 1983 and assumed its present name on February 5, 1991.

The principal business of Ikeja Hotel Plc is the provision of services in the hospitality industry, including the development of other tourist facilities.  It has continually expanded its participation in Nigeria’s hospitality industry through the development and acquisition of hotel and tourist facilities. Today, Ikeja Hotel boasts of direct or indirect ownership and control of three of Nigeria’s leading five-star hotels, namely, Sheraton Lagos Hotel, Sheraton Abuja Hotel, and Federal Palace Hotels & Casino. 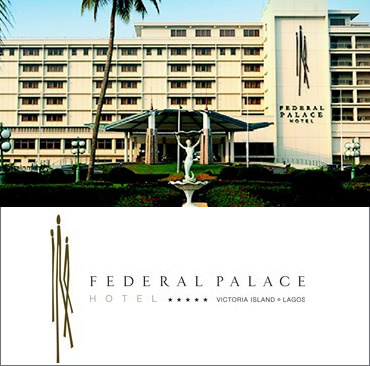 The Board of Directors of Philip Morris International Inc. today declared a regular quarterly dividend of $1.20 per common share, payable on April 9,...
Read more

Flour Mills of Nigeria to Share N5.74 Billion as Dividend

The board of Flour Mills of Nigeria Plc has recommended the payment of N5.74 Billion to shareholders of the company as a dividend for...
Read more

Philip Morris International Increases Dividend by 2.6% to Annualized Rate of $4.80 per Share

The Board of Directors of Philip Morris International Inc. today increased the company’s regular quarterly dividend by 2.6% to an annualized rate of $4.80...
Read more
- Advertisement -