The Group continued to progress with a very strong third-quarter performance, despite the impact of covid-19 and is now more in line with its target of doubling organically in three years by 2021.

Like-for-like gross profit up 23% in the third quarter and 16% year-to-date reflecting client conversion at scale.

Sir Martin Sorrell’s business makes 55% of its money from tech, well ahead of any other sector. 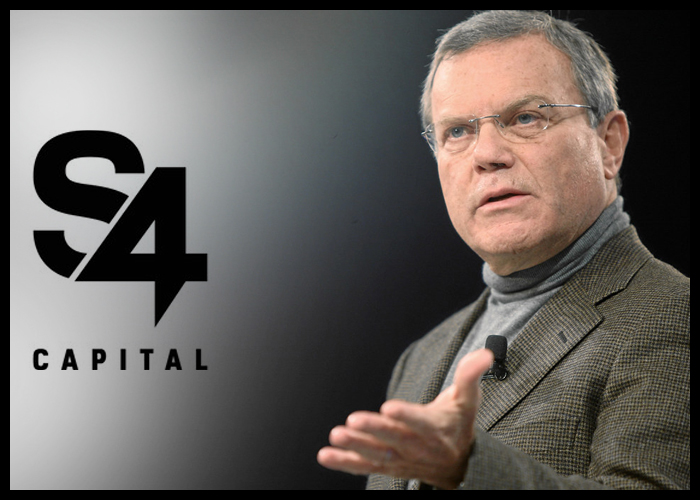 Billings were £163.1 million up almost 13%. “Controlled” Billings (the overall Billings the Company directs) were $0.4 billion. Revenue was up almost 53% to £86.4 million and gross profit up almost 79% to £75.3 million. Like-for-like (including the impact of combinations, asset purchase and in constant currency) revenue and gross profit were up almost 13% and almost 23% respectively. Gross profit improved sequentially each month in the third quarter, up 18% in July, 24% in August and 25% in September.

The number of people in the firm was 2,870 at the end of the third quarter, up 26% like-for-like compared to the same time last year, as we continue to hire aggressively around strong gross profit growth and significant new business wins.

We also continue to expand our efforts in the areas of diversity, equity and inclusion, particularly in hiring, education and development programmes, such as the black minority-focused S4Capital Graduate Fellowship Program and S4Capital Scholars Program for High School Interns.

A diverse workforce is a business imperative and we are relatively well positioned, with 40% people of colour and gender balance already in the United States and the United Kingdom, to compete for assignments that increasingly demand diverse teams as a prerequisite. We still, however, have to raise the proportion of black people we employ to the levels that exist in the communities in which we operate and which we are committed to doing.

Both reported and like-for-like earnings before interest, depreciation and amortisation (EBITDA) and operating gross profit margins at both the content and data & digital media practices improved significantly in the third quarter, as growth rates accelerated and covid-19 reduced travel and office costs. This was in line with the improvement indicated in the half-year results statement in September.

The Asia Pacific also grew very strongly from a smaller base, with gross profit up almost 83% to £7.3 million in the third quarter and up over 26% like-for-like. Year-to-date gross profit grew over 85% to £18.4 million and like-for-like was up over 21%.

Net cash averaged around £87 million in the third quarter, up from approximately £13 million in the first half, reflecting the equity issue in the middle of July raising £113 million of net cash proceeds and despite merger cash payments in the third quarter of approximately £19 million. In addition, the Company has debt capacity of well over £100 million, before reaching its maximum target limit of 1.5-2x EBITDA.

The Company recently developed a 202 client objective. That is, to develop twenty clients with more than $20 million in revenue per year, termed “whoppers”. The company has made significant progress in deepening existing relationships and winning new accounts. Pride of place goes to the Content practice win at MediaMonks for the BMW/Mini European content and production account named “The Engine”, which will join Google and an NDA tech company as a third “whopper” in 2021.

the Automotive, FMCG, Pharma and Consumer Electronics categories (all under NDA). There has been a significant recent acceleration of digital transformation initiatives in non-tech verticals, particularly consumer packaged goods or fast-moving consumer goods and healthcare, which in part may be a reaction to the challenges encountered by such businesses as a result of covid-19.

The merger or combination pipeline remains very strong and increasingly active in the United States recently, particularly given the possibility that a “Blue Wave” sweep in the United States Presidential Election might result in increased capital gains tax rates, let alone increased corporate tax rates. The actual outcome may have reduced that pressure, but activity still remains at a high level.

The Group continues to trade extremely well in line with its post-covid-19 forecasts and objectives for 2020. Given the return of levels of activity to pre-covid-19 levels, the Board has decided to return Executive and Non-Executive Directors’ compensation to the levels they were in March when they were cut by 50% and no cash bonuses were taken for 2019, with effect from 1 October. “Normal” recruitment, raise and promotional policies were restored across the firm in the third quarter.

The Company has not taken any Government support during the pandemic, with the exception of minor delays in the payment of sales and payroll taxes, where permitted. The Group has prepared a new three-year plan for the period 2021-23 and preliminary budgets for 2021, which are consistent with its objectives, which remain a doubling of top and bottom lines organically within three years.

“Most importantly, the Board wants to thank all our people for their extraordinary efforts at this particularly difficult time and the efforts of all the front line workers who have protected us and kept us safe.

We continue to trade in line with ambitious internal and external targets, which now include doubling both top and bottom lines organically over the period 2021 to 2023. Our consistent, very strong organic gross profit growth of almost 16% so far this year and almost 23% in the third quarter, indicates that we are well-positioned in the digital sweet spot of an otherwise stagnant advertising and marketing industry* and that clients are responding very well to our new age/new era, purely digital, “holy trinity” model of first-party data fueling digital content, data & digital media.

Covid-19 has acted as an accelerator for search, social and eCommerce. Our very significant client wins in 2020, which include the BMW/Mini “Engine” in Europe, signal that we are achieving client conversion at scale, after achieving brand awareness in 2018 and brand trial in 2019. Our mantra of “faster, better, cheaper” or “speed, quality, the value” and our unitary, one P&L structure, are clearly resonating with clients and differentiating our offer.

We are optimistic about the macro prospects for 2021, particularly given the likely Global GDP rebound, the probability of further vaccine, therapeutic and testing developments, Tokyo 2021 and Euro 2021 and, at a micro-level, the progress we have already made with major new client assignments in 2020. We plan further integration and combinations in 2021, which will reinforce our client appeal.

Agility, accentuated by the impact of covid-19, remains the key, requisite corporate attribute for success, characterised by a shared purpose and vision, a network of empowered teams, rapid decision making, dynamic, passionate talent and enabling technology (the five dimensions identified by McKinsey & Co).”

Investor pressure is likely to force WPP into selling Kantar, possibly along with other assets - which could open opportunities for Sir Martin Sorrell's...
Read more
- Advertisement -