Riot and Epic Games Top Game Publisher Ranking with 3.6B Hours Watched in 2020

The video game industry giants have thrived in the COVID-19 pandemic, as the stay-at-home measures continue driving the growth of their impressive user base.

Even before the COVID-19 pandemic, millions of eSports fans chose online videos to get information about their favorite games. However, the year 2020 delivered new records in time spent watching the gaming titles on the streaming platforms. 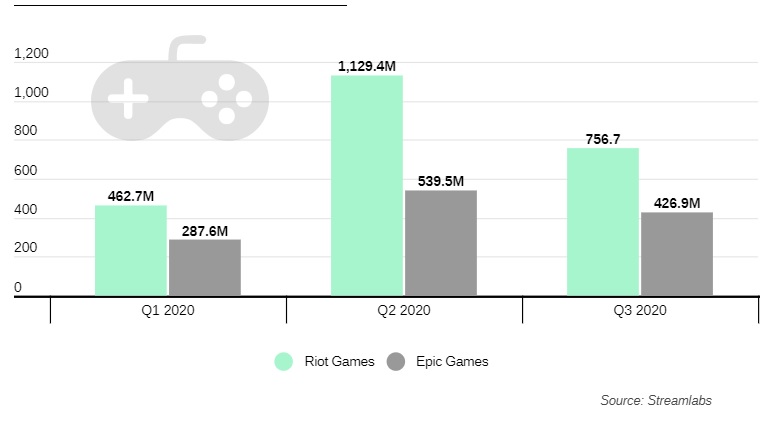 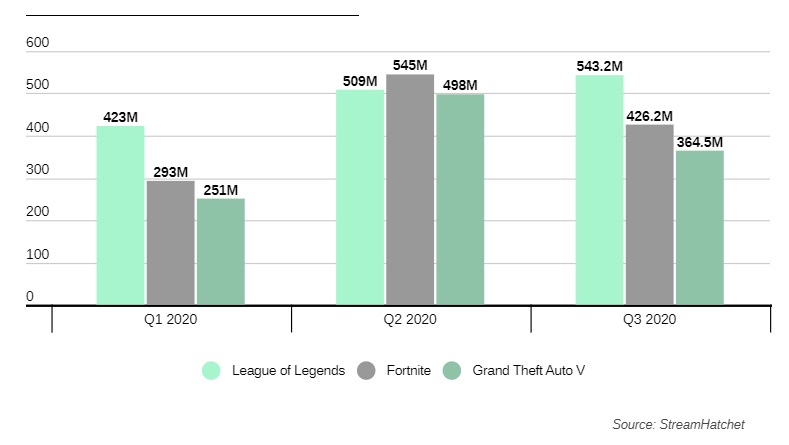 As the second most-watched video game publisher in 2020, Epic Games hit 1.25bn hours watched between January and September. Statistics show the US video game publisher behind the worldwide gaming phenomenon, Fortnite, had 287.6 million cumulative streaming hours watched in the first quarter of 2020. By the end of March, this figure surged by 87% to 539.5 million. The third quarter of the year delivered a slight decrease, with the combined number of hours watched sliding to 426.9 million. Nevertheless, the figure represents a 48% jump compared to Q1 data.

The StreamHatchet data showed League of Legends was the most popular video game this year. A free-to-play multiplayer tactical first-person shooter developed and published by Riot Games was the most-watched game of Q3, with a sizeable portion of the viewership coming from its esports leagues. Statistics show League of Legends reached over 543 million hours watched in the third quarter of 2020, and almost 1.5bn in nine months.

The mobile gaming industry is having explosive growth as three google play games hit over 70.7M  downloads in January 2021. According to data presented by...
Read more

On a global scale, there was a 15% increase in digital games revenue in January 2021, pushing the total to $11.6 billion. PC earnings...
Read more

Recent years have witnessed an impressive growth of the video games industry, both in terms of revenue and the number of users. However, the...
Read more

Video Games Subscription Revenue to Exceed $11 billion by 2025, but Cloud Growth Will Be Slow

A new report from Juniper Research has found that video games service platforms, such as EA Play and PlayStation Now, will grow to an $11 billion...
Read more
- Advertisement -