Patience Dalyon, from Plateau State, has emerged the winner of the Y2020 Lagos Women Run, tagged ‘Run Anywhere, Everywhere’, while Awawu Haruna and Abiye David came in as first and second runners-up respectively.

Speaking on the event, the Lagos State Commissioner for Youth and Social Development, Mr. Segun Dawodu said that the rationale behind the yearly sporting event is beyond the cash prize attached to the marathon race.

According to him, the annual race seeks to promote the culture of healthy women, provide a platform for social interaction, fun and to also discover athletes who can represent the State at national and international levels.

While presenting the cheque for a cash prize of N1m to Dalyon for winning the 2020 edition of the marathon, Dawodu said that the 10-kilometer 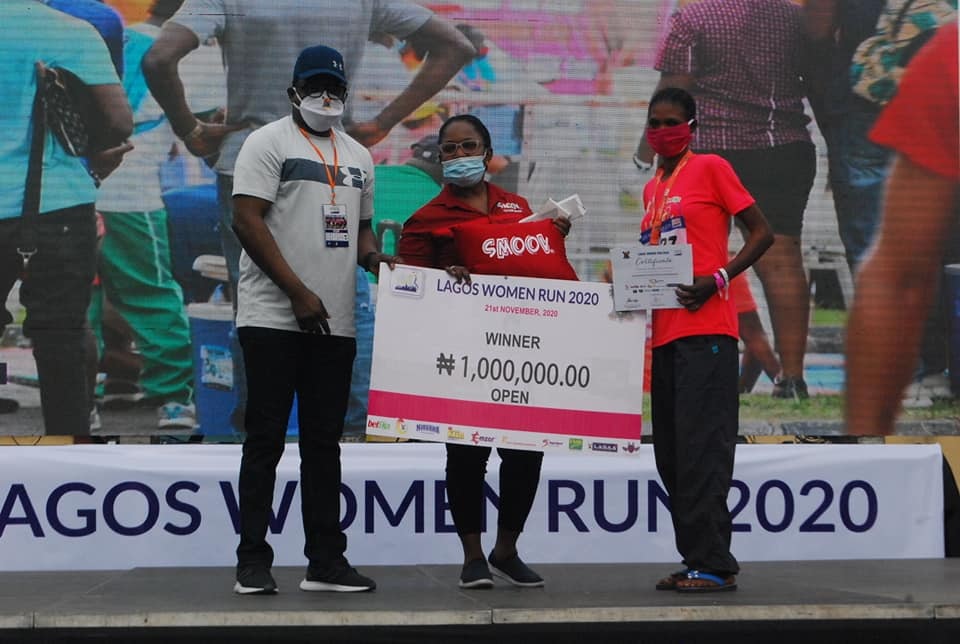 He said, “We know that things are not fully back to normal yet but we still need to keep fit and that’s why we are encouraging our women with this marathon. It’s very good for our wellness, wellbeing and state of mind considering the spate of unpleasant incidents that have occurred since the beginning of 2020 globally.”

He expressed the hope that if more time is dedicated to the training of Nigerian athletes in endurance and high altitude, Nigerians would in no distant time be able to compete favourable with athletes from Kenya, Ethiopia and other countries that have a natural endowment of high altitude.

The Chairman, Lagos State Sports Commission, Mr Sola Aiyepeku, who presented cash prizes to the veteran category winners, expressed satisfaction with the pace of improvement in the annual event, particularly the finish time of the winner, the first place runner-up and the second place runner-up respectively. 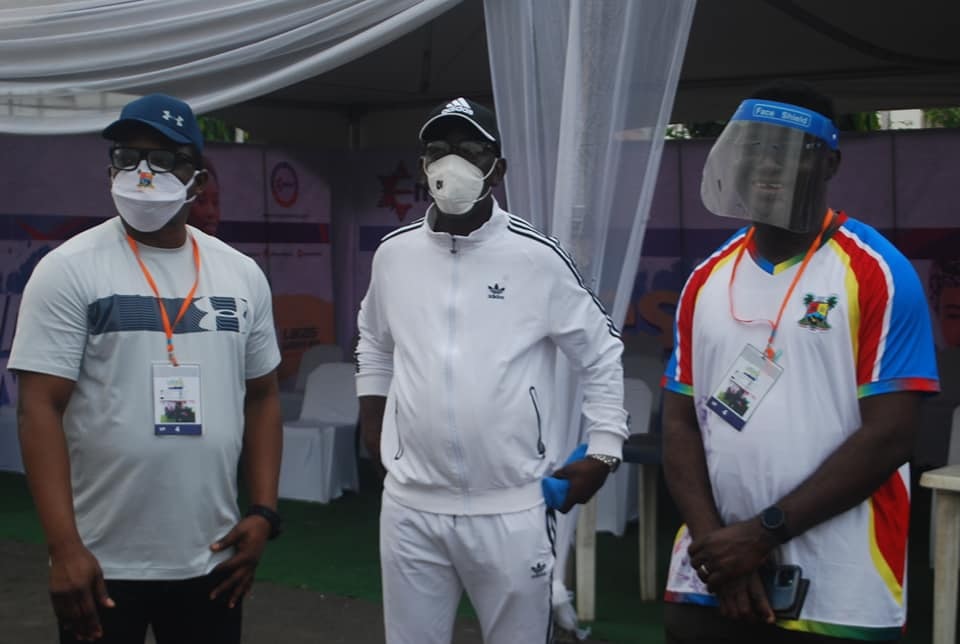 He recalled that the Lagos Women Run started about five years ago and the idea by the initiators was to create a culture of long-distance runners, saying that the culture is now gaining ground with the involvement of elderly women participating in the race.

The General Coordinator of the Lagos Women Run, Tayo Popoola, acknowledged the immense contributions of the Lagos State government towards the annual event, noting that holding the race at this period shows the commitment of the State Government to sports development.

Speaking on new innovations added to this year’s edition of the race, Popoola stated that the introduction of the virtual version into the race that allows people to run anywhere such as from their homes, offices and any convenient place is one of strategies adopted to comply with COVID-19 protocols.

She said, “All the athletes were given two disposable face masks at the start point which was at the Tafawa Balewa Square. We also created cells of six athletes each on a single row, to create the much desired physical distance before the race was flagged off.”

Lagos State Government today provided economic support in the form of working tools to 1,100 vulnerable women and residents, who have been affected by...
Read more
- Advertisement -