Leading telecommunications services provider, Airtel Nigeria has fulfilled its promise to save the life of Daniel Akani, a physically impaired child who was diagnosed with atrial septal defect, commonly known as a hole in heart at only 7 months old.

As part of the season 5 of its award-winning Corporate Social Responsibility initiative, ‘Touching Lives’, Airtel supported the child’s single mother, Adeola Ayoola with N3, 000, 000 (three million naira) for a surgery to repair the hole in his heart.

Daniel Akani, who also has Down syndrome, was diagnosed with an atrial septal defect after his mother noticed his abnormal breathing rate a few months after birth. The unemployed mother was advised by medical doctors to have the child undergo surgery as well as regular physiotherapy treatment to help manage his physical condition. 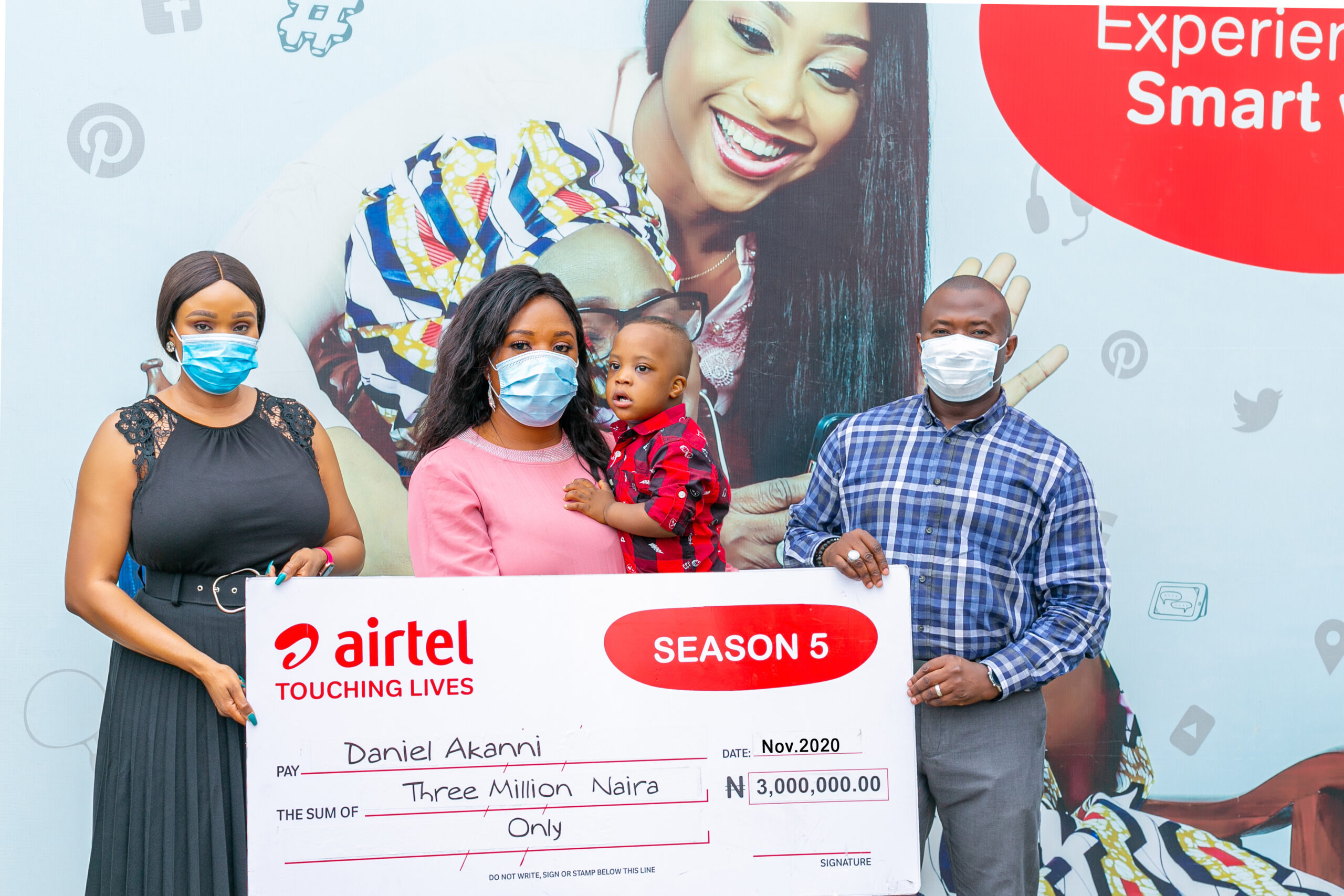 The heart-rending story was brought to the attention of Airtel after an acquaintance nominated the mother and child for the telco’s Touching Lives initiative. The story was broadcasted on national TV during an episode of the acclaimed programme and saw Adeola narrate her ordeal, with the indigent mother revealing she had no means to financially support the frail infant.

Airtel promised the family financial support for medical treatment during the episode – the company has since fulfilled this commitment as the child has undergone the surgery and is now hale and hearty. During a recent visit to see the mother and child by the company’s representatives, Adeola expressed profound appreciation for the support, extolling the telecommunications giant for saving her only son’s life.

“Since Airtel’s intervention and subsequent surgery, my son’s physical and mental health has been perfect. He plays heartily now and can do things he usually was unable to. I really can’t describe how grateful I am to Airtel for what they have done.

“Daniel’s health has improved and I just can’t tell you how much that means to me. Thank you, Airtel, for touching our lives”, she stated.

Airtel Touching Lives is an inspiring corporate social responsibility initiative that seeks to offer practical relief, succour, hope, opportunities and credible platforms to liberate and empower the underprivileged, disadvantaged and hard-to-reach persons in the society.

Leading telecommunications services provider, Airtel Nigeria, has won a total of 20 awards at the 2020 edition of the Lagos Advertising and Ideas Festival...
Read more

The Federal Government of Nigeria has granted leading telecommunications services provider, Airtel Nigeria, a verification and enrolment license to register citizens in the ongoing...
Read more

Airtel Celebrates the Yuletide Season with Exciting Discount on Devices

As part of its plans to give back and re-ignite the sparkle of the Yuletide Season, leading telecommunications services provider, Airtel Nigeria, has rolled...
Read more
- Advertisement -