October 2020 was one of the best months in almost three years for Bitcoin miners. According to Coin Metrics data, during that month, network fees soared to $42.9 million. It translated to more than 12% of total miners’ revenue for that month. Also, it went on record as the highest percentage miners got since January 2018.

All in all, miners generated a total of $353 million in revenue. Compared to September 2020 revenue, this was an 8% increase. 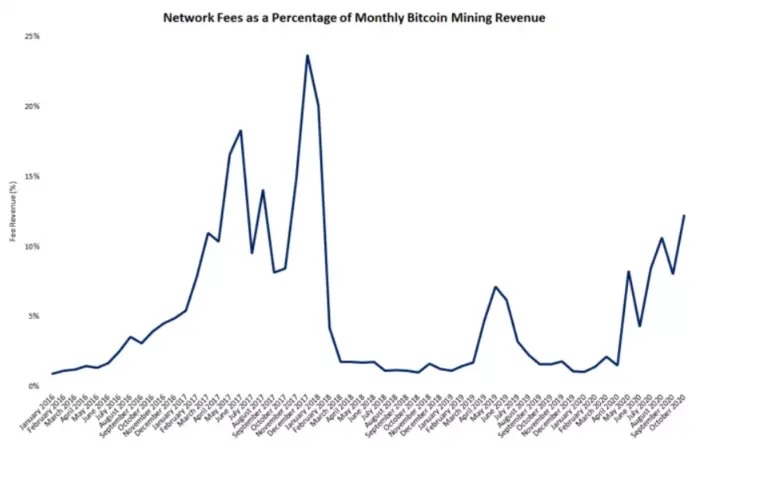 According to the research data analyzed and gathered by Comprar Acciones, during the same period, there was a remarkable upsurge in the price of BTC, as it soared almost 30% month over month. In fact, the top cryptocurrency was trading at around $10,800 on October 1, 2020 but by October 31, the price had shot up to over $13,800. Notably, the king of crypto has kept up the uptrend in November 2020. As of November 25, one BTC unit is trading at over $19,300.

Overall, Bitcoin has had a strong year even as other markets have struggled under the weight of the pandemic. Initially, it went down with the rest of the market, shedding around 50% on March 12, 2020 as panic gripped the global economy.

Since the start of Q4 2020, Bitcoin has recorded impressive performance, shooting up by over 42% in the first month of the quarter alone.

Part of the reason for the upsurge was a growing perception of the cryptocurrency as an alternative store of value.

As a result of the price increase, it has in fact outperformed a good number of top financial stocks. For instance, JP Morgan Chase stock rose by 8% in the first month of Q4 2020. Within the same period, gold rose by 1.44% and the SPX by 5.31%. 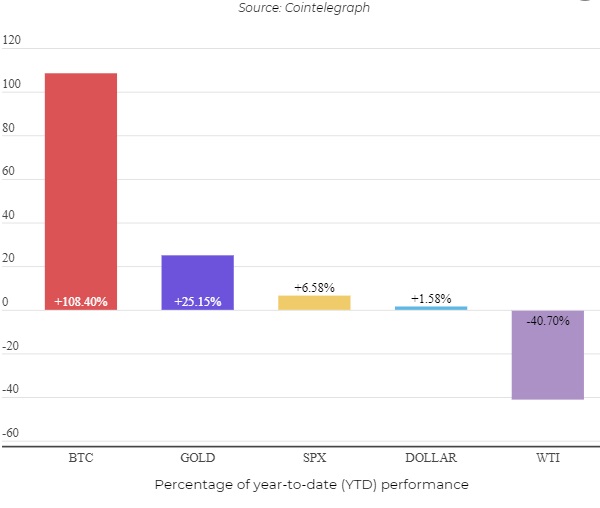 Another reason behind the massive increase in miners’ fees in October was the mempool congestion, one of the most severe in three years. This was as a result of a drop in network hashrate because of a high number of miners taking their machines offline.

Hashrate refers to the amount of processing power that is directed at the network. Just like BTC price, Bitcoin Network Hashrate (BNHR) has been fluctuating significantly in 2020.

According to a report by Glassnode, the upsurge in Bitcoin mining revenue is ongoing. As of November 19, 2020, it hit a new yearly high of over $21 million per day. The figure includes both transaction fees and block rewards. 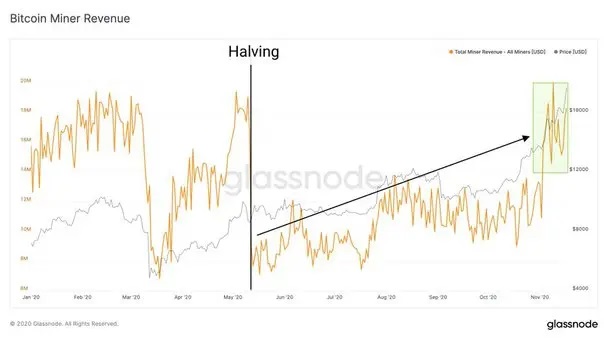 After the halving event which saw block rewards go from 12.5 BTC to 6.25 BTC, revenue had dropped as low as $7 million a day.

Bitcoin continues to have a tremendous year with the asset hitting the highest price level in almost three years. The soaring Bitcoin price can...
Read more