Taraba State Governor, Darius Dickson Ishaku has challenged the Federal Government to show clear intentions on building the Mambilla Hydro Power Dam because, if there are true intentions towards it, as the Mararaba-Baisa-Abong road is the sure way of getting to the site.

The road which was allocated in lots was jointly flagged off at Mararaba town of Donga Local Government Area. The Mararaba-Baisa-Kurmi Abong road has been a nightmare to the people of both Donga and Kurmi for ages as they both share boundaries, but as it stands today, the long night of the dark season on the road will soon become a thing of the past. 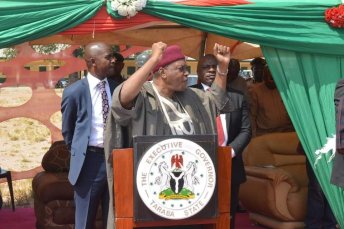 The Governor stressed that the economic importance which will be derived from the construction of the road can not be overemphasized as it will boost economic growth in the State and ease for the people from untold hardship of commuting the area.

The construction which is divided into three Lots was allocated to CGC 28Km from Mararaba to Sabon Gida Tukura, MSCEC Ltd 28Km from Sabon Gida to Gunduma, Gunduma to Abong which is 26Km and will be constructed by China Zhinghow respectively. 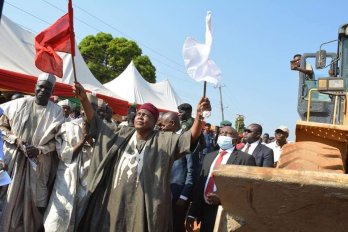 He said that the Flagg-off should have come earlier than now but was obstructed due to the pandemic that almost crippled the entire world.

Governor Ishaku reminded the people of Kurmi of the promise he made to them with respect to constructing the road on assumption to office in 2015, saying that he spent over four years just to revoke the contract and begin a new process of allocations. 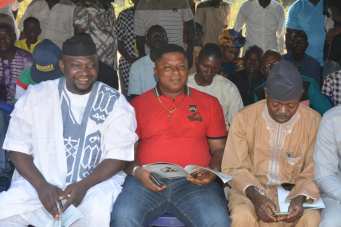 The Governor said that the road contract was another opportunity of saying thank you to the people for the massive support shown during the past elections and continues support even now.

Governor Ishaku also congratulated the people of Donga on the approval for the construction of Mararaba-Donga road; stressing that it is a federal road that should be given proper attention.

Read Also:  Taraba State Governor Calls for the Establishment of an Export Processing Zone in Taraba

He assured the people on the completion of the projects in good time because the funds are all handy.

He charged the contractors to speed up the project because of the nature of the area, as raining season are usually not a good time for work on the roads.

Taraba State Governor, Arc Darius Dickson Ishaku has called on Governors of the 19 Northern States to throw their weight behind the campaign of...
Read more

Taraba State Governor, Arc. Darius Dickson Ishaku has called for the establishment of an Export Processing Zone in Taraba State. The Governor made the call...
Read more