Nigerian music superstar and Grammy-nominated artist, Wizkid is set to headline the Livespot X-Clusive concert slated for December 19 and 20, 2020. The Nigerian global star who is fresh off a hugely successful album release will bring his magic home again during Nigeria’s first-ever hybrid live concert holding in Lagos.

Wizkid has won over 20 awards in a career spanning a decade. Amassing fans across Africa, Europe, America, and across the world, he has scored over 800million streams on youtube, Apple Music, Spotify, and Deezer combined. Wizkid has been described as a rising star by Billboard, one of the world’s most authoritative music voices. 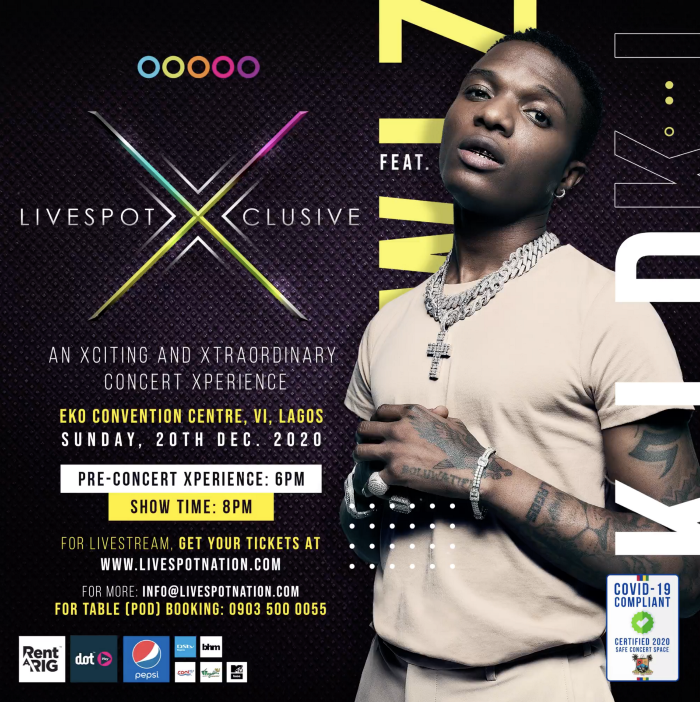 The singer and songwriter assured that music lovers and fans watching online and offline will be treated to his best-performance yet. The physical events will feature limited seating in line with COVID-19 restrictions. Tickets and access to the Livestream will, however, be made available via Livespot Nation.

“This year has been tough on everybody, but we all recorded some wins in one way or another,” the artist said. “I want my fans to experience the best live concert in recent memory, and I’m looking forward to making that a reality,” he continued. 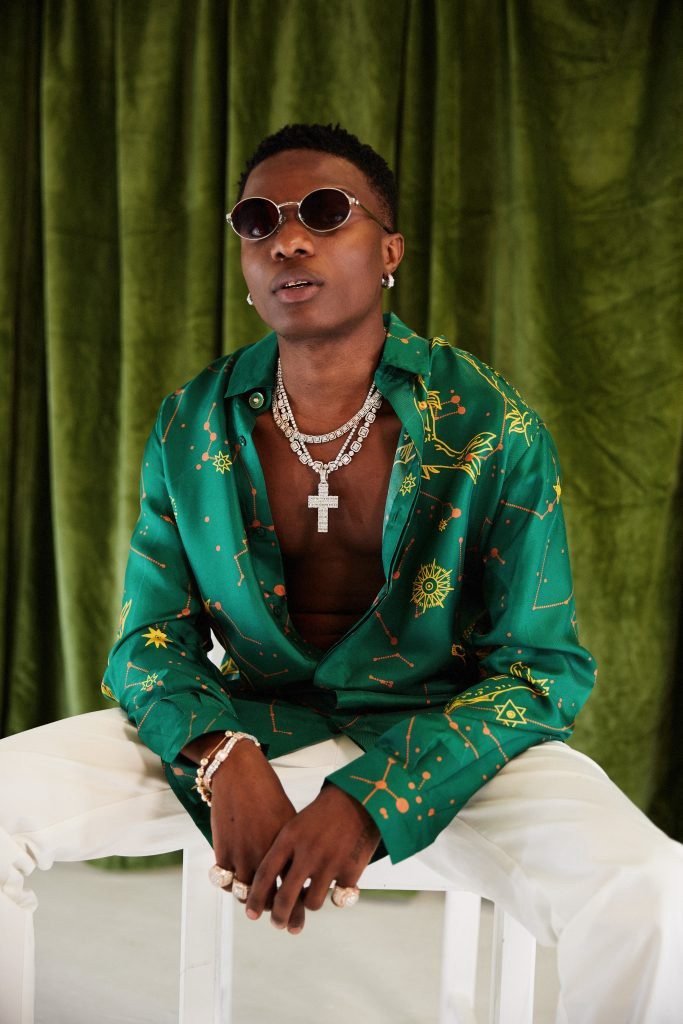 With no other major concert to look forward to this December, fans have a lot to expect from Livespot X-Clusive. The concert will also feature other music superstars like Dare Art Alade aka Darey, Yemi Alade and Simi as co-headliners.

The event which will be the first-ever live hybrid concert in Nigeria will host a select few physically at Eko Hotel and the rest of the world will get a chance to stream the concert live on Livespot Nation.

“The event is going to be a fusion of incredible live performances; music, festival quality sound, impressive lighting, special acts, and immersive experiences, all rolled into one high-octane event which promises to deliver an unprecedented level of quality which Livespot360 is known for. We’re very excited and grateful for the opportunity to keep bringing Nigerians the very best of entertainment.”

Livespot360 is the brain behind some of Nigeria’s most iconic entertainment events in recent times, including Livespot X Festival with Cardi B, Love Like A Movie with Ciara and Kim Kardashian and BAFEST, to name a few.

This event marks the second event Livespot360’s entertainment division Livespot X will be producing and the first event Multi-platinum Afro-soul star Darey will be performing at in five years. Speaking ahead of the event, the Darey, had this to say,

“The ‘X’ in Livespot X-clusive like the X in Livespot X Festival is a dynamic variable that takes up different forms, shapes and expressions year on year. It is an evolving hybrid of unique experiences designed to meet and exceed the entertainment cravings of Nigerians and Africans. And for me this particular event is all the more special.

I get to perform songs from my newest EP Way Home and I also get to share the stage with queens like Yemi Alade and Simi and superstars like Wizkid and Patoranking. Livespot X-Clusive will definitely be an unforgettable experience.”

Livespot X-Clusive is a brainchild of Livespot360, a creative collective of the digital era, unified by a passion for developing disruptive ideas. Combining digital marketing, experiential marketing, advertising, education and entertainment for the Nigerian audience, the company’s mantra is to constantly set the bar in quality and performance.

Multi-platinum Afro-soul star Darey will be returning to the stage with live performances of his hit songs including songs from his latest EP — Way Home. The revered...
Read more

Wizkid gets on stage and belts out his signature chant — “Everybody says yeah, yeah”. The fans go nuts, you and your partner bump...
Read more
- Advertisement -