The pound sterling is sliding nearly 1% against all major currencies in early forex trading activity today after Boris Johnson said there is a “strong possibility” that the United Kingdom could leave the European Union without a trade agreement.

Today’s slide would result in the pound’s sixth losing session in the past seven trading days, as talks with the EU have fallen apart amid persistent differences in matters including fisheries, fair competition rules, and the way disputes will be settled once the Kingdom is out. 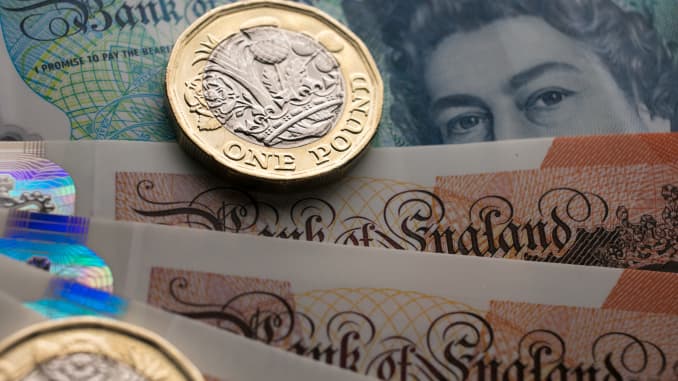 Just yesterday, EU chief Ursula von der Leyen said the two sides were “far apart” in the negotiations, while reports from the BBC indicated that EU leaders have been warned that a no-deal Brexit is the most likely scenario at this point.

One of the sticky points of the negotiations is how trade will be conducted following Britain’s exit from the economic bloc, as EU leaders argue that granting the UK favourable trading terms without having them commit to following the guidelines established by the EU would be unfair for companies within the union.

“It is only fair that competitors to our own enterprises face the same conditions on our own market,” said Mrs von der Leyen in a recent brief to EU leaders given after a three-hour meeting with PM Johnson.

Although market players have been preparing for a potential no-deal scenario, the likelihood of this situation was significantly low prior to this week’s fallout, which is probably the reason why the pound has been fairly unstable these past few days.

According to a recent forecast released by the UK-based Institute for Fiscal Studies (IFS), the UK economy could already be headed to an economic contraction during the fourth quarter of the year, as the institution anticipates a 6.2% drop in the country’s gross domestic product by the end of December, compared to a year ago.

A no-deal Brexit could further accelerate this contraction, as the Institute had already anticipated in October last year – without the COVID-19 variable being on the table – that such a scenario would lead to a stalled economy over the next two years at least.

How has the pound sterling been performing lately? 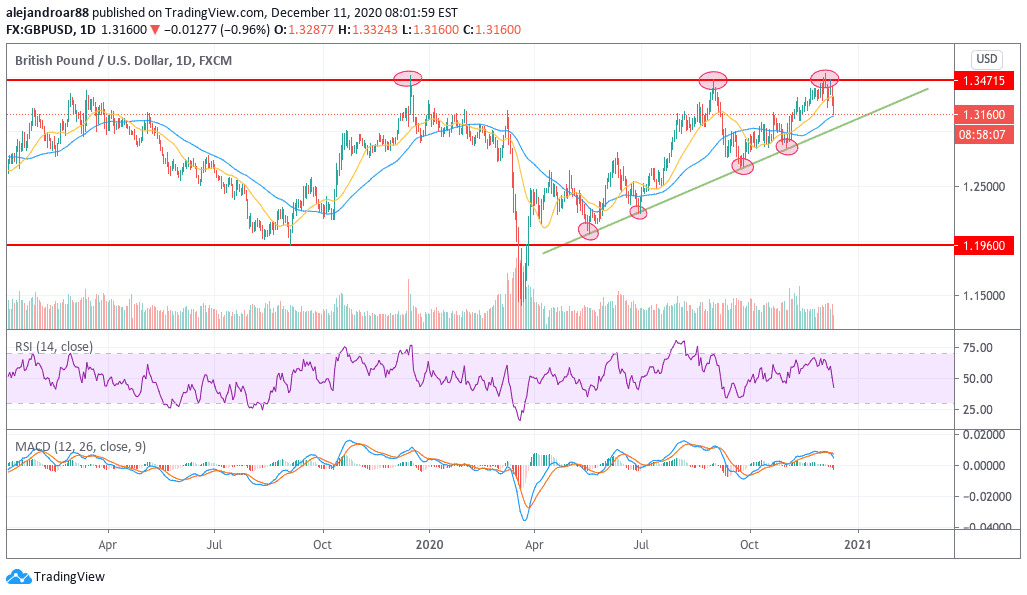 The pound has been trading fairly range-bound since the year started, leaving out the strong meltdown seen by the British currency in late March during the virus-related sell-off.

However, the sterling has delivered negative gains this year, dropping 0.36% so far against the US dollar and nearly 8% against the euro amid stalled Brexit talks and as the December deadline approaches.

The chart above shows how market players have been reluctant to push the pound above its 1.35 level against the greenback at least three times now, with each rejection being followed by a sharp drop in the value of the British currency.

Now, with the risk of a no-deal Brexit becoming a tangible threat to the short-term performance of the British economy, investors could end up shunning the pound while favouring the euro as the economic block stands to lose less than the Kingdom in a no-deal scenario.

What’s next for the pound sterling? 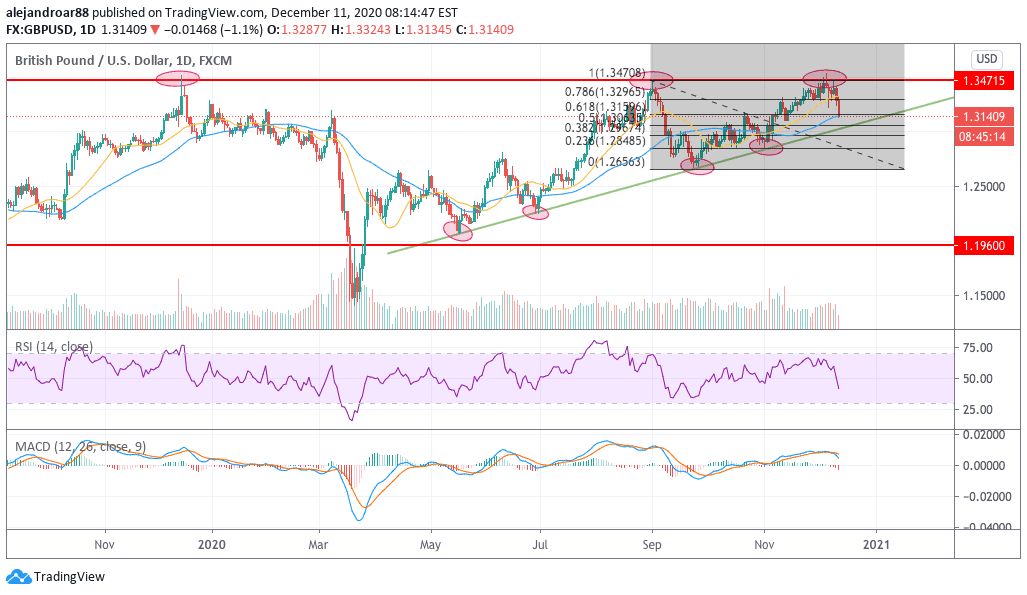 The pound is temporarily finding support at the 50-day moving average today, while it is approaching a long-dated trend line resistance.

Read Also:  Mercedes-Benz Delivers More Than 200,000 Vehicles In November For The First Time

This line has served as support four times this year for the British currency as the pound kept posting higher lows despite the economy’s weakness amid the pandemic.

Traders have probably pushed the pound higher all this time in expectation that a favourable outcome from Brexit talks would end up breaking that 1.35 ceiling but now that the tables are turned it seems plausible to anticipate that a trend line break could occur. Reinforcing that view, the MACD oscillator has already sent a sell signal as the negative momentum continues.

If that were to happen, the 1.285 level could be the next stop for the pound against the US dollar, followed by another support found at 1.265.

For now, the outlook seems bearish but there is also the possibility that once the uncertainty related to the Brexit situation is removed from the picture, market players will quickly reassess their forecasts – possibly identifying a buy or sell signal depending on the outcome of such adjustment.

President Joe Biden has been sworn into office, ushering in a new administration, new foreign policy and a new approach to US trade and...
Read more
Entertainment & Lifestyle

45% of people globally are currently trying to lose weight – Ipsos

More than half of the global population would rather exercise more and/or eat more healthily, but not diet as the actions they would take...
Read more
- Advertisement -

The pound sterling is advancing 0.45% at 1.2970 this morning in early forex trading activity against the US dollar as the US Congress and the White...
Read more

Trading activities in most of our coverage market closed positively this week, in the reverse of the trend witnessed last week. Specifically, ten (10)...
Read more

In the previous week, equity market performance in the developed markets stayed mixed, with a bearish tilt, amid policy rate decisions, and worries around...
Read more