Fidelity Bank Plc hereby informs the General Public of the following Board changes, which have been formally notified to the Central Bank of Nigeria: 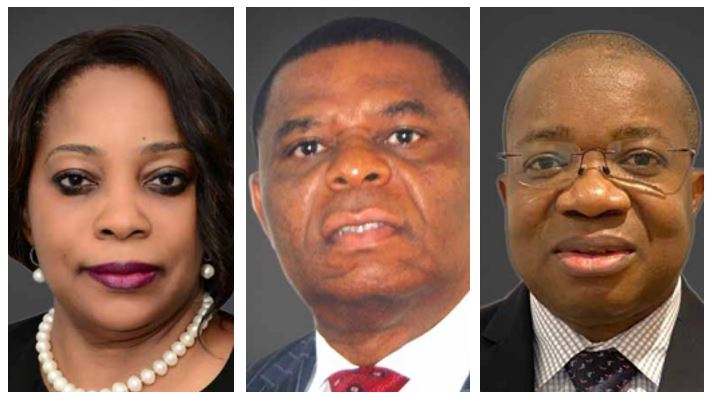 (A). Retirement of Executive Director:

Mrs. Aku Odinkemelu, Executive Director Commercial and Consumer Banking, South Directorate, who was appointed to the Board on August 4, 2014, notified the Board on October 30, 2020, of her intention to take early retirement and will retire from the Board on December 31, 2020.

She provided leadership for the 90 business offices within the 11 States under her purview and successfully closed some landmark transactions that contributed significantly to the Bank’s overall profitability during the period of her employment.

Aku played a defining role as a member of the transformation team in Fidelity Bank over the last 6 plus years, with the business directorate accounting for 31% of Deposits and 21% of Loans.

The South Business Directorate under her leadership generated the highest PBT in the Bank over the last 5 years (2015 – 2019) contributing over 23% of the total bank profit over the period. Her retirement comes after over six (6) years of meritorious service to the institution.

(B). Retirement of Non-Executive Directors:

Chief Charles Umolu, Non-Executive Director, completed his tenure and retired from the Board on December 16, 2020. He served on the Board Risk, Credit, Finance & General Purpose, Audit and Corporate Governance Committees and chaired the Board Credit Committee. until he retired.

Mr. Michael Okeke, Non-Executive Director also successfully completed his tenure and retired from the Board on December 18, 2020. He was a member of various Board Committees including the Board Corporate Governance Committee, which he chaired from October 2018 to December 2019.

Mr. Alex Ojukwu, Non-Executive Director, will complete his tenure and retire from the Board on December 31, 2020. He currently serves on the Board Credit, Risk, Audit and Corporate Governance Committees and chairs the Board Risk Committee.

The Board seizes this opportunity to express its profound appreciation to the outgoing Executive and Non-Executive Directors for their impressive contributions to the growth and development of the Bank during their tenure on the Board.

The Board is pleased to announce the appointment of Mrs. Amaka Theodora Onwughalu and Mr. Nelson Chidozie Nweke as Non-Executive Directors. Their appointments were approved by the Central Bank of Nigeria on December 15, 2020. The Board is also pleased to announce the appointment of Mr. Chinedu Eric Okeke as a NonExecutive Director of the Bank, subject to the approval of the Central Bank of Nigeria.

FMDQ Securities Exchange Limited (“FMDQ Exchange” or “the Exchange”) in a continuous bid to demonstrate its commitment to the development of the Nigerian capital...
Read more

Fidelity Bank Nigeria Plc has announced that its Managing Director/CEO Designate, Mrs. Nneka Onyeali-Ikpe has increased her stake in the business via the purchase...
Read more