Globally, the video game industry was likely one of the best equipped to handle the turbulence of 2020. Not only did engagement skyrocket as consumers stayed at home, but the industry pivoted to ensure it was doing everything it could to keep consumers engaged.

Branded crossover events, virtual concerts and celebrity influencer participations all fueled a groundswell that shows no signs of receding—even as the COVID-19 vaccine promises to allow people to once again be with each other IRL.

Engagement with video games was growing well before the pandemic, powered by growing mobile connectivity and a surge in free-to-play games. Yet when you add 10 months of time at home, the growing abundance of ways to engage with video games and video game content has further cemented video games in consumers’ lives.

And somewhat oddly, many consumers say they’re spending more time engaging via their mobile devices despite global mobility restrictions throughout the year.

At the height of lockdowns, 55% of U.S. consumers were playing video games as a result of COVID-19 and subsequent restrictions. That stat becomes even more impressive when you compare it with the reach of live and time-shifted TV, which stood at 83% among U.S. adults 18 and older, according to the second-quarter 2020 Nielsen Total Audience report.

But consumers didn’t stop at spending more time with video games. They outspent on games as well. That might be underwhelming under normal circumstances, but through the lens of a global pandemic with widespread health and financial ramifications, it’s illuminating.

Early in the year (January and February), game earnings were up just 6%—and that was before COVID-19 truly took hold in the U.S. As the year progressed, game earnings nearly doubled, rising to 14% for the rest of the year.

Importantly, consumers interact with games in ways that go beyond playing them directly. Many audience members watch games as often as they play. Largely popular with Millennials, gaming video content (GVC) is online video content about games.

Live stream provider Twitch has played a leading role in furthering engagement with GVC, as it helped battle royale platform Fall Guys: Ultimate Knockout become a breakout hit in August, as it went on to sell 8.2 million units on PC in one month. And after Twitch streamers popularized online social deduction game Among Us, it went on to attract the highest monthly player base of any game in history. 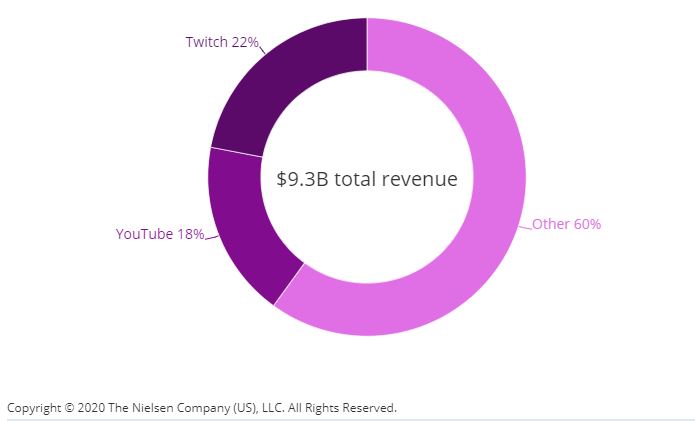 And with many areas around the globe reintroducing lockdown scenarios, video games present a virtual platform for social interaction—and more. With social distancing still very much a factor in daily lives, free-to-play video games like Fortnite and Roblox have become virtual gathering hotspots, aided by the increasing presence from musicians and public figures.

Fortnite enjoyed massive success for its in-game live events in 2020: singer-songwriter Travis Scott held a series of five virtual concerts throughout the year that attracted more than 45 million viewers; in November, Lil Nas X performed a concert in Roblox that gathered more than 33 million views.

But the appeal of these gaming platforms spans beyond musicians: For example, in the U.S., Congresswomen Alexandria Ocasio-Cortez and Ilhan Omar streamed Among Us alongside popular Twitch streamers.

Entertainment and political figures aren’t the only ones to bridge connections through the virtual realm of the video game industry in 2020. Realizing the need to do more than use in-game ads and sponsorships, brands continue expanding their reach through an array of popular video games.

There is no doubt that the unique circumstances of 2020 elevated the video game industry’s ability to engage new and existing users, particularly through a wealth of creativity and collaboration.

The arrival of vaccines to combat COVID-19 are very welcome signs of hope, but they will not induce a sudden pullback in video gaming. While the video game industry was trending upward well before the pandemic, research suggests that 10 months of new behaviour (during the pandemic) is far longer than it takes for it to become the norm.

According to findings from health psychology researcher Phillippa Lally, new behaviours become automatic after an average of 66 days. 2021 will be a welcome new chapter for many around the world, but brands should remain focused on engaging consumers where they spend their time—and money.