The outbreak of the Coronavirus pandemic had far-reaching impacts on the global economy. Most economies across the world plunged into a recession with unemployment hitting record numbers.

Its impact on capital flows was almost devastating in the emerging markets as it triggered exchange rate depreciation and declines in capital markets. The crude oil market was hit severely by the sharp drop in demand, following the imposition of lockdowns and the restrictions in the aviation industry.

The breakout of a price war by the two largest producers could not have been more ill-timed, as it sent prices down with oil futures briefly trading in the negative. 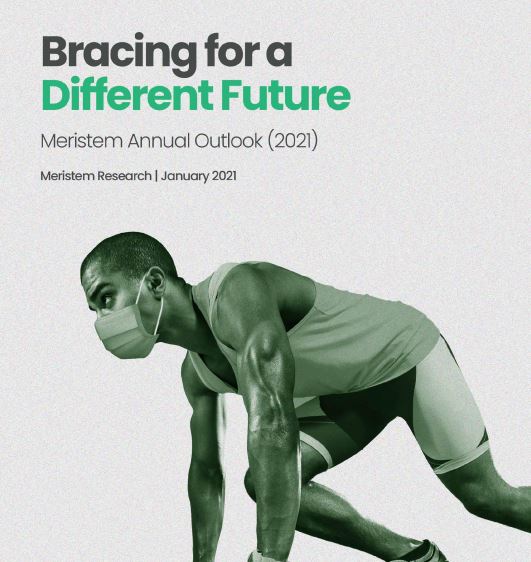 Fiscal and monetary responses have been very supportive, with most advanced economies expanding their quantitative easing programs to support the growth of their respective economies. Interest rates have dropped near zero while record amounts are being spent as an intervention for individuals and households.

While these liquidity injections helped the recovery witnessed across markets, global growth is still expected to decline by 4.4% in 2020. The global economy should, however, recover in 2021, with real GDP projected to expand by 5.2% by the IMF.

The optimism for global growth derives from the current vaccination efforts across the world and the public health measures put in place to ensure a safe resumption of economic activities in 2021. The outlook for commodity prices is also improved by expectations of stronger demand and as economic activities gradually kick back into gear.

However, even though several other vaccines are in development, we have mapped the current vaccine manufacturing landscape and note that available manufacturing capacity falls short of the required demand needed for the world to achieve herd immunity in the near term.

As such, uncertainties still abound with regards to the global economic outlook in 2021, particularly as the number of daily infections continues to grow. Elsewhere, the global geopolitical landscape witnessed major shifts in 2020, which will have major bearings on the economy in 2021.

Key highlights include the election of former Vice President, Joe Biden, as the new President of the U.S, the final severing of ties between the European Union and the United Kingdom, as well as the operationalization of the Africa Continental Free Trade Agreement (AfCFTA).

Like the global economy, the Nigerian economy also fell in line, slipping back into recession in the third quarter of 2020. While the oil sector contracted due to the crash in the price of crude oil, the non-oil sector was affected by the lockdowns in place in some of the most economically active States of the country.

It is safe to say that the pandemic amplified the vulnerabilities of the domestic economy. In the absence of crude oil earnings, the fiscal deficit widened to record levels. In addition, the CBN had to devalue the currency thrice, in recognition of the pressure on external reserves.

Unemployment rose higher, while the shutdown of the borders and supply-side challenges drove the inflation rate higher. We urge for fiscal prudence through the review of the cost of governance and more importantly, the use of public-private partnerships to finance critical infrastructure.

The deregulation of the downstream sector is laudable but will require a strong will to follow through on its implementation.

Growth is however expected to return in 2021, at 2.33%, as we expect the economy to gradually recover from the shocks caused by the pandemic. However, we acknowledge that risks to the growth forecasts loom large due to the rising number of COVID-19 cases in the country would threaten the full recovery of some of the worst-hit sectors.

The equities market recovered from deep selloffs to finish as the best performing equities market last year. Unattractive yields in the fixed income market, excess liquidity and relatively resilient corporate performance in the middle of a pandemic were the major factors which drove the market.

We expect this to continue, thereby sustaining the positive momentum of the market through the better part of the year. We see a correction on the horizon given the overbought status of the market, especially for major bellwethers.

Nevertheless, the first half is expected to be dominated by attractive dividend yields and the low yield in the fixed income market, which we expect to persist through the first half of the year at the very least. Our models forecast a weighted return of -6.09%.

The policy of the CBN to keep local investors from the OMO market precipitated excess liquidity in the fixed income market, compressing yields. Both publicly listed and private corporates have taken advantage to raise cheap funds in the market. We expect this to continue in 2021 given the loose stance of monetary policy.

The global economy has changed drastically since the first cases of COVID-19 (SARS-CoV-2) were reported in Wuhan, China, in December 2019. Early genetic assessments, according to the World Health Organization (WHO), revealed that the virus had an ecological origin from bats which, scientists believe, was transmitted into humans from a zoonotic source.

The novelty of the virus and the speed at which it spread prompted unprecedented levels of nationwide lockdown in virtually all countries across the world. In addition, the pandemic exposed fragilities in the global healthcare system which was ill-equipped to cope with the surging number of infections.

By March, the WHO had declared the virus a pandemic as over 100 countries had recorded cases of the virus, causing the widespread shutdown of international travels, and a halting of all non-essential services.

The containment measures proved effective, particularly in China, whose aggressive contact tracing and decontamination approach were able to significantly reduce the number of new cases by over 80% after its Joint mission with the WHO.

These, alongside an improvement of the healthcare system, introduction of face masks, and enforcement of social distancing protocols, provided a framework for the gradual reopening of economies across the world by the second quarter of the year.

Although the total number of cases continued to rise, the curve of daily new infections began to flatten between July and early October, reflecting the effectiveness of this approach. Eventually, the average number of new cases reported daily over the period steadied at about 258,000 globally.