The luxury industry took a hit in 2020, recording its sharpest drop on record. The personal luxury goods market fell by 23% to €217 billion.

According to the research data analyzed and published by Sijoitusrahastot, Europe had the highest regional drop during the year, contracting by 36% to €57 billion. The collapse in global tourism is presumed to be the key causal factor behind the drop. While local luxury consumption remained, regional consumption fell significantly. 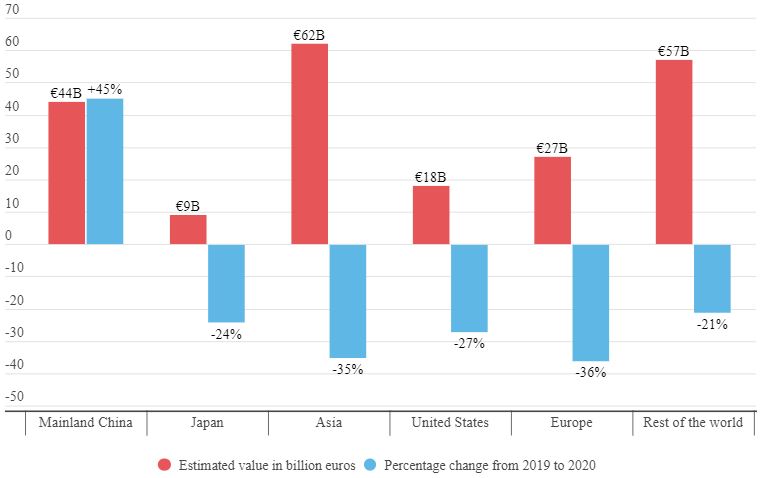 Asia was second with a 35% decline and the United States got the third sport, tumbling 27% year-over-year (YoY). Japan fell by 24% and the rest of the world by 21%. Explaining the regional discrepancies, consultancy firm Bain pointed to the fact that tourists shifted to make purchases in their home markets.

The share of local purchases was between 80% and 85% during the year. It was the first time that the worldwide luxury market recorded a decline since the 2009 global financial crisis.

The only country to record growth was China, rising by a remarkable 45% compared to 2019. At the same time, global online purchases in the luxury market in 2020 shot up by 50%, going from €33 billion to €49 billion. By the end of the year, digital sales accounted for 23% of the overall market. 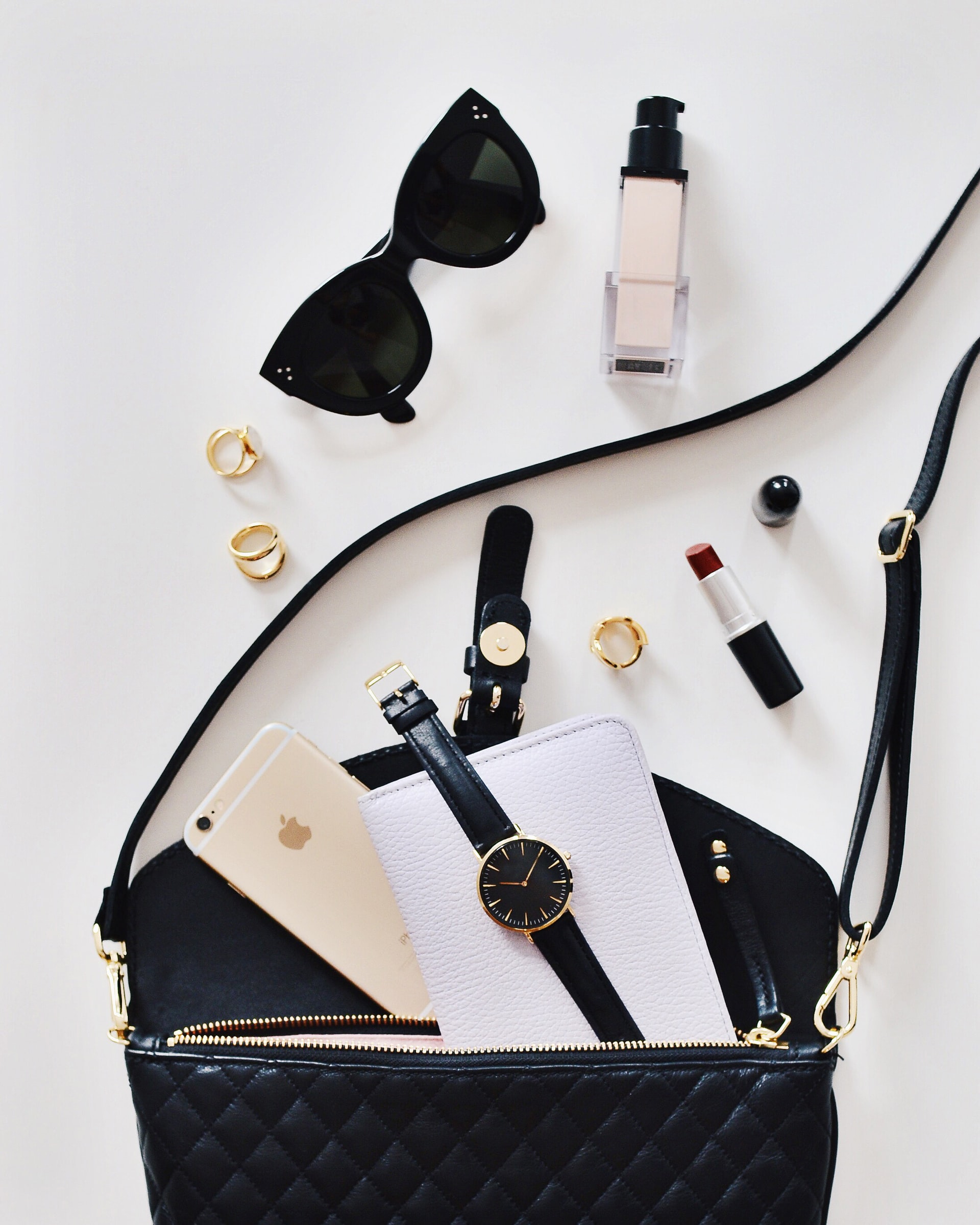 It is estimated that by 2025, the online luxury segment will be worth between €105 billion and €115 billion. By then, it is projected to account for 30% of the market.

Bain projects that in 2021, the overall luxury market will grow by 15%. McKinsey echoes the sentiments, forecasting a return to pre-pandemic growth by 2023.

However, the rebound could take longer for Europe due to the uncertainty surrounding the Brexit deal. Among the factors putting the market under pressure is the removal of the VAT rebate scheme for international buyers in Britain. Under the program, foreign travellers recover a significant portion of the 20% VAT charged on purchases. Luxury brands like Chanel and Mulberry say the decision is likely to cost billions in terms of tourist spending.

Based on data from tax refund company Global Blue, high-net-worth Chinese shoppers spend €197,000 per year when they travel abroad. High-net worth Americans, on the other hand, spend €180,000 per year.

Compared to the US and China, the UK is a relatively small luxury market. Its position in the industry is, however, crucial for domestic brands. Small local brands rely on tourist purchases. Although Chinese tourists only make up 5% of non-EU tourists in the UK, they account for nearly a third of VAT refunds.

The Centre for Economics and Business Research estimates that non-EU visitors to the UK could drop by up to 7.3%. As a result, there could be a loss of £1.8 billion in sales.

The Association of International Retail (AIR) states that the rebate scheme would potentially generate an additional £1 billion in sales revenue through the UK. For the wider tourist economy, the body estimated that it would generate a total of £2.1 billion.

Based on a New West End Company research, the decision to scrap the rebates changes the potential £2.1 billion of revenue into a £3.5 billion loss. The group estimates that the decision’s total hit on the UK economy would be a net £5.6 billion loss ($7.2 billion).

On the bright side though, 80% of luxury products in Britain are destined for markets abroad according to Walpole.

Furthermore, Britain and the US are in talks that could lead to the reduction of the 25% tax on Saville Row suits, cashmere and British wool. Coupled with the current vaccine rollout and pent up customer demand, the outlook seems bright for the market.

For the greater Europe region, the market is set to grow by 12.8% YoY in 2021, a slightly higher rate than the UK. By the end of the year, it is estimated to reach $100.19 billion. Its largest segment will be the fashion category, generating $40.41 billion during the year.