Included in the current quarter was a charge of $120 million associated with Noble Energy, Inc. acquisition costs. Foreign currency effects decreased earnings by $534 million. Adjusted loss of $11 million ($(0.01) per share – diluted) in fourth quarter 2020 compares to adjusted earnings of $2.8 billion ($1.49 per share – diluted) in fourth quarter 2019. 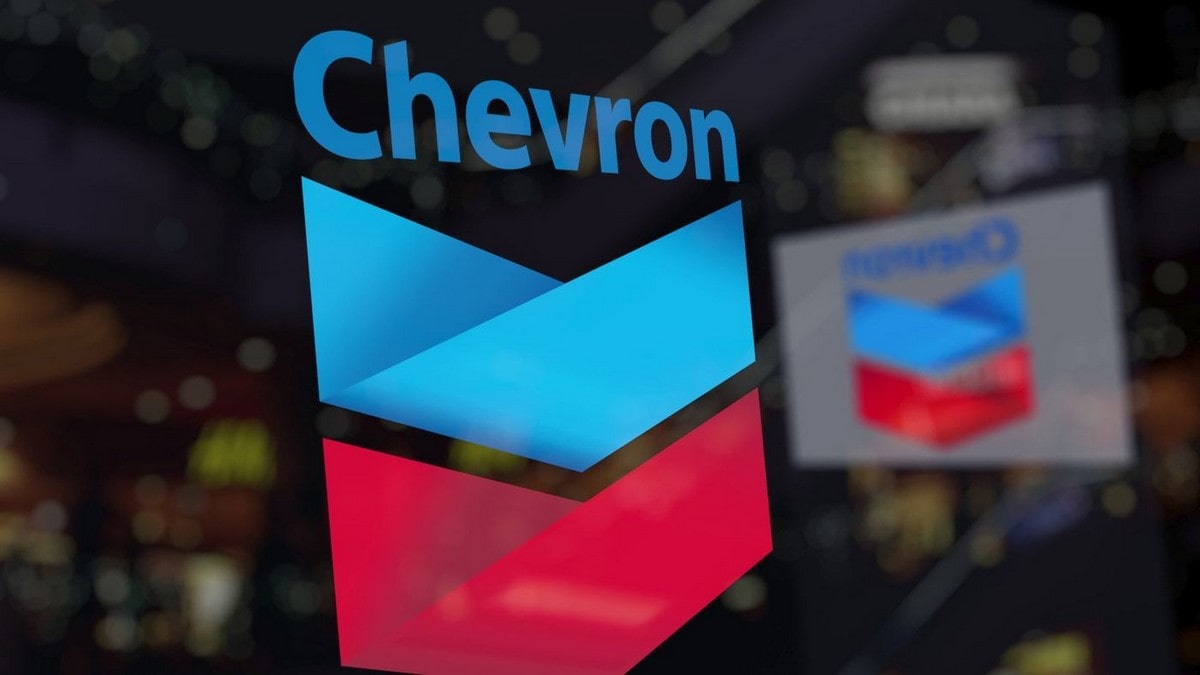 Sales and other operating revenues in fourth quarter 2020 were $25 billion, compared to $35 billion in the year-ago period.

“2020 was a year like no other,” said Mike Wirth, Chevron’s chairman of the board and chief executive officer. “We were well positioned when the pandemic and economic crisis hit, and we exited the year with a strong balance sheet, having completed a major acquisition and increased our dividend payout for the 33rd consecutive year.”

$1.4 billion from the prior year. Chevron also completed an enterprise-wide transformation program and the integration of Noble Energy, positioning the company for the future.

Chevron added 832 million barrels of net oil-equivalent proved reserves in 2020. These  additions, which are subject to final reviews, are net of reductions associated with lower commodity prices, decisions to reduce capital funding for various projects and asset sales.

The largest net additions were from the acquisition of Noble Energy and from assets in Kazakhstan. The largest net reductions were from assets in Australia, Venezuela, and the Permian Basin and asset sales in Appalachia. The company will provide additional details relating to 2020 reserve additions in its Annual Report on Form 10-K scheduled for filing with the SEC on February 25, 2021.

“In 2020, we increased production of renewable products and investments in low-carbon technologies, consistent with our commitment to succeed in a lower carbon future,” Wirth stated.

During the year, the company announced first gas production at its CalBioGas  renewable natural gas (RNG) joint venture in California, formed a new RNG partnership with Brightmark and announced first production of renewable base oil through its Novvi joint venture. The company also entered agreements to invest in carbon capture and other emerging low carbon technologies through its Future Energy Fund.

Worldwide net oil-equivalent production was 3.28 million barrels per day in fourth quarter 2020, an increase of 6 percent from a year ago. The increase was largely due to the Noble Energy acquisition, partially offset by production curtailments.

Worldwide net oil-equivalent production for the full-year 2020 was 3.08 million barrels per day, an increase of 1 percent from the prior year.

U.S. upstream operations earned $101 million in fourth quarter 2020, compared with a loss of $7.47 billion a year earlier. The increase was primarily due to the absence of fourth quarter 2019 impairments of $8.2 billion, partially offset by lower crude oil realizations.

production from the Noble Energy acquisition. Additional production increases from shale and tight properties in the Permian Basin were more than offset by normal field declines, weather effects in the Gulf of Mexico and a 25,000 barrels per day decrease related to the Appalachian asset sale.

International upstream operations earned $400 million in fourth quarter 2020, compared with $731 million a year ago. The decrease in earnings was primarily due to the absence of a 2019 gain of $1.2 billion on the sale of the U.K. Central North Sea assets, lower crude oil and natural gas realizations and lower crude oil sales volumes.

Partially offsetting the decrease was the absence of fourth quarter 2019 write-offs and impairment charges of $2.2 billion along with  lower operating expenses. Foreign currency effects had an unfavorable impact on earnings of $158 million between periods.

Refinery crude oil input in fourth quarter 2020 decreased 17 percent to 806,000 barrels per day from the year-ago period, as the company cut refinery runs in response to the weak refining margin environment.

Refined product sales of 1.02 million barrels per day were also down 17 percent from fourth quarter 2019, mainly due to lower jet fuel, diesel and gasoline demand associated with the COVID-19 pandemic.

International downstream operations reported a loss of $164 million in fourth quarter 2020, compared with earnings of $184 million a year earlier. The decrease in earnings was largely due to lower margins on refined product sales, partially offset by lower operating expenses. Foreign currency effects had an unfavorable impact on earnings of $108 million between periods.

Refinery crude oil input of 541,000 barrels per day in fourth quarter 2020 decreased 6 percent from the year-ago period, primarily due to the economic slowdowns in response to the COVID- 19 pandemic, partially offset by the absence of the fourth quarter 2019 major planned turnaround at the Star Petroleum Refining Company in Thailand.

Refined product sales of 1.23 million barrels per day in fourth quarter 2020 were down 4 percent from the year-ago period, mainly due to lower jet fuel demand associated with the COVID-19 pandemic, partially offset by higher diesel sales resulting from the second quarter 2020 acquisition of Puma Energy (Australia) Holdings Pty Ltd.

Brings high-quality assets to Chevron’s global portfolio Proved reserves to be acquired for under $5 per oil-equivalent barrel Delivers $300 million in anticipated...
Read more

The upstream oil & gas sector is one of the worst-hit sectors by the COVID-19 outbreak. Clearly, the combination of global lockdown measures (which...
Read more
- Advertisement -