“FY 2020 was challenging, with operational disruptions related to COVID-19 and ENDSARS protests. I thank my colleagues across the Group for their courage, sacrifice, and dedication in navigating complexity.

We focused on executing our strategy, implementing initiatives relating to UPDC, significantly reducing leverage and increasing cash, strengthening management, and driving profitability. Operating performance for the year was negatively impacted by the aforementioned disruptions, as well as, input cost escalation. Our efforts resulted in net income of N4.3 billion in 2020.

In the fourth quarter, our businesses rebounded and profit after tax increased 136% to N2.4 billion (N1.4 billion, adjusting for non-recurring items) from N1.0 billion in 2019, supported by cost management initiatives that reduced operating expenses by N1.4 billion (30%).

In December 2020, UAC received 649 million units of UPDC Real Estate Investment Trust (“UPDC REIT”), valued at N3.6 billion as part of the partial exit from UPDC. This is in addition to the N6.6 billion received in H2 2020 for the sale of a 51% stake in UPDC.”

The following transactions in respect of equity interests in subsidiaries are responsible for key accounting changes in FY 2020 compared to FY 2019: 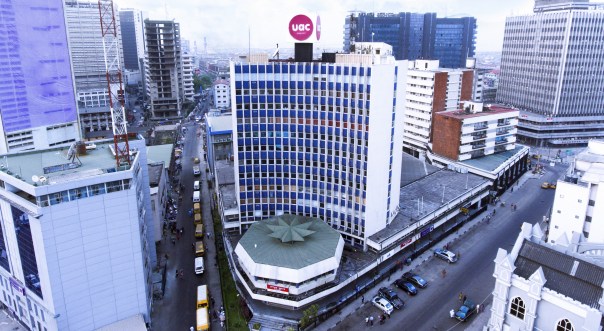 Gross profit declined 13.1% YoY to ₦4.3 billion in Q4 2020, with gross profit margin declining by 405 bps to 18.1%. Margin contraction was largely on account of input cost escalation, particularly in the Packaged Food and Beverages and Paints segments.

Operating profit increased by 44.2% to ₦1.6 billion in Q4 2020. A key contributor to the improvement in underlying EBIT was the 30% YoY decrease in operating expenses in Q4 2020.

Animal Feeds & Other Edibles, Packaged Foods and Beverages, and Quick Service Restaurants segments experienced a decline in operating expenses by 27.8%, 45.7% and 20.0% respectively in Q4 2020; a direct result of cost management initiatives.

Profit before Tax in Q4 2020 increased by 99.3% YoY to ₦2.9 billion. A key contributor to this increase is the ₦1.05 billion share of profit of associates recognised from MDS and UPDC in Q4 2020. Profit before Tax, adjusted for a non-recurring fair value gain from UPDC REIT units arising from UPDC was ₦1.8 billion, a 24.3% increase YoY.

Revenue in FY 2020 increased 3.0% YoY to ₦81.6 billion supported by sales growth in the Animal Feeds & Other Edibles segment (+4.6% YoY), the Packaged Food & Beverages segment (1.8%) and the Quick Service Restaurant Segment (1.9%). These segments were deemed essential services during the period of stringent restrictions to the movement of people and goods to curtail the spread of COVID-19.

Gross profit in FY 2020 declined 5.5% YoY to ₦15.7 billion as a result of limited sales during the strictest phase of the lockdown (April and May), higher input costs, and distribution expenses.

The decline was on account of reduced sales in April and May, input cost escalation partly attributable to foreign exchange devaluation, supply chain disruptions, and rising employee costs on account of initiatives to strengthen management teams across the Group.

Underlying Profit before Tax was 19% lower YoY at ₦5.4 billion in FY 2020 on account of lower operating profit and a steep decline in net finance income (-69.0% YoY) because of lower investment income yields compared to the prior year.

The decline in net finance income was offset by the share of profit of associates of ₦1.2 billion earned from MDS and UPDC, largely attributable to a non-cash, mark to market increase in the fair value of UPDC REIT.

Free Cash Flow for the period was negative ₦3.3 billion in FY 2020, compared with negative ₦5.2 billion in FY 2019. Free cash flow in FY 2020 improved significantly on account of the ₦4.2 billion gain from the change in net assets of disposal group held for sale, as a result of the sale of controlling stake in MDS and UPDC.

Animal Feeds and Other Edibles

Revenue from the Animal Feeds and Other Edibles segment increased 4.6% YoY to N54.2 billion in FY 2020. Price increases, as well as volume growth, across major categories to offset higher input costs primarily contributed to the 17.7% increase in YoY EBIT to ₦2.1 billion (FY 2019: ₦1.8 billion).

The boards and management of CAP and Portland Paints expect the proposed merger to be value accretive to stakeholders of both companies. Completion is subject to regulatory approvals, as well as, shareholder approvals at court-ordered meetings for the respective companies on 18 February 2021.

Due to the challenging operating environment, the Paints segment reported a revenue contraction of 5.4% YoY to ₦10.4billion in FY 2020. The decline in revenue was largely a result of lower sales as this segment was categorised as “non-essential” and was impacted by COVID-19 related restrictions particularly in April and May 2020.

Revenue from the Paints segment declined 1.2% to ₦3.2 billion in Q4 2020. Sales were partially impacted by the protests in October. Q4 2020 EBIT of ₦246 million was 60.6% lower than in Q4 2019; higher cost of sales as a result of supply chain disruptions, as well as, non-recurring expenses (asset impairments of ₦107 million and additional provisions of ₦99 million) contributed to the contraction in EBIT.

Revenue from the Quick Service Restaurants segment grew 1.9% YoY to ₦1.53 billion in FY 2020 from ₦1.50 billion in FY 2019 on account of an increase in the number of company-owned restaurants (corporate stores).

In Q4 2020, revenue increased 14% to ₦469 million from ₦411 million in Q4 2019, driven by increased sales from the central kitchen and the recently launched corporate stores. Increase in raw material costs (+18.5%) was offset by lower conversion costs in the quarter.

Operating profit was ₦38 million compared to an operating loss of ₦6 million in the previous year, a direct result of topline growth and aggressive cost management efforts. As a result, the segment recorded ₦26 million Profit before Tax in Q4 2020 compared to a Loss after Tax of ₦19 million in Q4 2019.

On 3 August 2020, UAC entered into a binding agreement with Custodian Investment PLC regarding

In 2020, UPDC embarked on a process to unbundle its holdings in UPDC REIT to all its shareholders. This initiative was aimed at maximising returns to all UPDC’s shareholders by providing direct access to the steady and regular dividend distributions of UPDC REIT. UAC, as a shareholder of UPDC, received 649 million UPDC REIT units valued at N3.6 billion as at 31 December 2020.

Loss after tax was ₦169 million in FY 2020, a 99% increase from the ₦15.9 billion loss incurred in FY 2019 on account of the fair value gain recognised on the Company’s asset disposal group held for sale.

Profit before Tax of ₦388 million in FY 2020 was 44.8% lower than FY 2019 (₦703 million) as a result of increased finance costs incurred on a loan to fund recent capital expenditure to support the haulage business. Profit after Tax was ₦289 million in FY 2020. 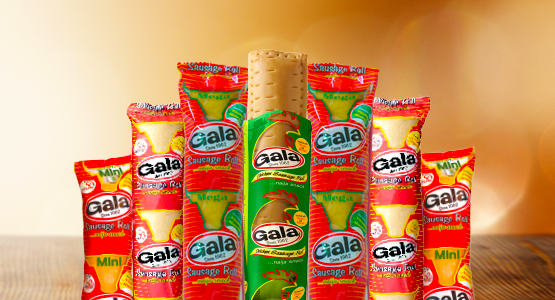 UAC of Nigeria Plc (UACN: TP: N8.26; c.5.9% upside to market) has reported a return to profitability in its recently released third-quarter earnings. However,...
Read more

AM&P Advisory Services has increased its stake in UAC of Nigeria PLC. The Company in a notice to the Nigerian Stock Exchange (NSE) said...
Read more

The UAC of Nigeria Plc disclosed on Friday insider dealing of an additional 80 million shares acquired by one of the company’s substantial shareholder, Blakeney...
Read more