Paris, France, Thursday 4 March 2021 – Kiwi Pay Group, a frontier market fintech founded in Hong Kong in 2017 and operating in South-East-Asian’s emerging markets, and Meal Temple Group, a food and grocery delivery startup in Cambodia since 2013, operating in Laos, Cambodia, and Myanmar announce a strategic move with a merger to address frontier markets around the world with a new super app called KiwiGO.

In recent years, Meal Temple Group made significant acquisitions across the region; overtaking Kiwi Pay Group’s food delivery operations MyDelivery in Laos in 2019, and acquired a strategic stake in food and grocery delivery platform Freshgora in Myanmar in 2019, following an investment from Australian and European investors. 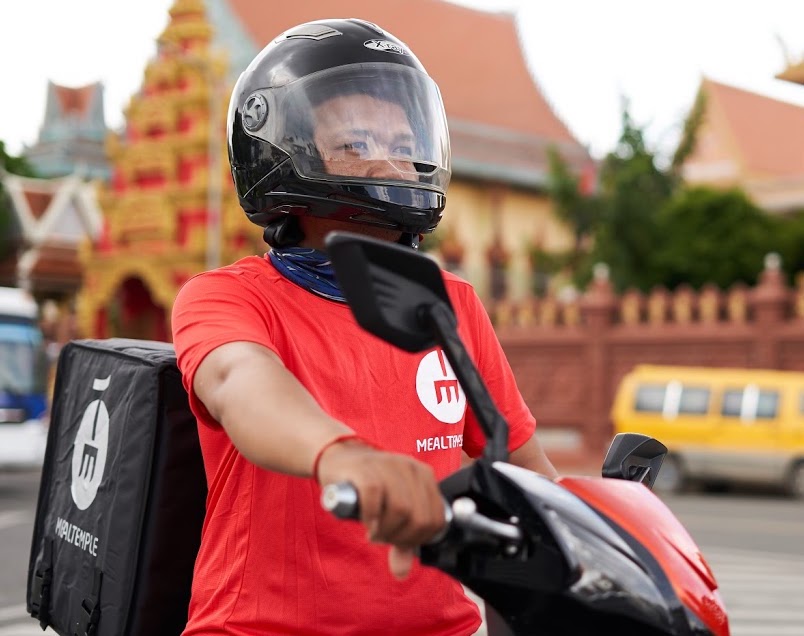 On its side, Kiwi Pay Group expanded its operations from Laos to other emerging markets in Asia since 2019, introducing its payment gateway solutions – as well as its other solutions such as e-visas terminals, remittance, and payment gateways. – to local MSMEs,

After working together for over two years, both teams and founders agreed on the values and potential they could bring to each other and their markets by working on a super-app for frontier markets called KiwiGO, aggregating curated content, e-commerce, logistics, and financial services.

They have since relocated in Singapore and toured around frontier markets extensively to partner with local businesses, central banks, and financial institutions to push their strategic vision for a super-app to aid the circular economy and give the ability to all citizens of frontier markets to access online services and international remittance services.

“KiwiPay and Meal Temple had very similar DNA, combined, we play with better control of the value chain, new roads to market, and optimized defensibilities. Both teams have provided pharaonic efforts to ensure a successful merger rhythmed by quarantines, lockdowns, and other challenges caused by the pandemic,” added Maxime Rosburger, CEO of Meal Temple Group.

Read Also:  Why is Xiaomi so cheap even with high specs?

Following the merger, the OCCE (Organization for climate & circular economy), a Federation of General European interest, based in Brussels, pushing for the emergence of startups and new technologies in the field of the circular economy, welcomed KiwiGO as a new member of the organization and decided to put fund significantly a 15m€ program focused on MSMEs training.

Read Also:  See how to apply for a Free Retail Stall at the 2019 GTBank Food and Drink Festival

The initiative brought by KiwiGo aims to accelerate the use of online marketplaces and establish an awareness mechanism around non-plastic and biodegradable packagings for thousand of MSMEs in frontier African and Asian Markets.

“OCCE is excited to partner with KiwiGO to support and bolster the surge of economic growth and circular economy in African and South-East-Asian emerging markets” declares Christophe Debien, Chairman at OCCE.

KiwiGO already has agreements and licenses with central banks and financial institutions in more than 20 countries in Africa and Asia, including markets like Cambodia, Myanmar, the Republic of Congo, Kenya, Ivory Coast, Madagascar, Senegal, Ghana.

Commercial bank partners include Bank of Africa, EcoBank, RawBank, ABA Banks, PostBank, CB Bank, and others. They are connecting the dots with local popular mobile payment institutions such as MTN, Airtel, OrangePay, AliPay, WeChatPay, and others.

“Asia and Africa are home to most of the world’s unbanked. Together, we will continue investing in technology and frontier markets and create access to economic freedom for every person and business living in today’s most challenging economies. ” declared Gregory Schmidt, Founder & CEO of KiwiPay

KiwiGO will deploy and accelerate operations in its African and Asian markets, coordinated by local operational partners and a strong tech component to sustain the growth.

Geneva, Switzerland, 03 March 2021 – Achieving a circular economy will require transforming policy and business. It will also require a new approach to collaboration.  To that...
Read more
- Advertisement -