Humans need their organs functioning well in order to have a healthy life. As well the saying goes “health is wealth”. The rate at which human organs seems to have one issue or the other is alarming and those who came to afford organ transplant are the rich thereby leaving the poor to a sad state. However, recent development has seen a surge in human trafficking for the purpose of organ harvesting.

Human trafficking has existed as an ill in society that has failed to be solved. It is among the wicked Problems that humans have failed to make the right attempt as solving. While there seems to progress in tackling it, evidence suggests otherwise. 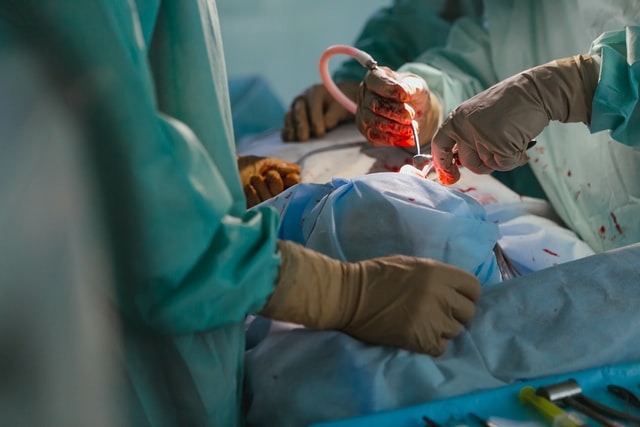 According to the United Nations, the transplantation of healthy organs into persons whose own organs have failed improves and saves thousands of lives every year. But demand for organs has outstripped supply, creating an underground market for illicitly obtained organs.

This demand for more human Organs for transplant has however taken a negative turn as human organs are being harvested in order to supply and keep up with the required demand.

This demand for organs with less supply has also made the organ trafficking and harvesting illegal business now a lucrative one has the pricing of organs keeps increasing.

There is much need to put a stop to this illegal practice but in order to do one needs to understand why such a market is booming. As earlier stated, the more the demand and the less the supply, the more the increase in the cost of an organ but there is a bigger cause at play which is the desperation of recipients and those people whose organs are harvested.

This desperation is an underlying cause why the illegal market is booming. The recipients or those in need of the organs pay high prices out of desperation because they want to prolong their lives and they are probably out of other options.

Those who are harvested are victims of desperation too. The Desperation to seek a better life for them and their families and sadly, most victims are from poorer countries of the world who seek to travel in search for greener pastures.

These victims leave home for a better life but nothing would be heard from them ever again. They left home to feed home but some perished or have their organs taken without permission while trying to have a better life.

There have been stories about how people from Africa desperate to reach Europe sell their body parts especially their organs in order to ensure passage. This is a very disturbing development and shows the desperation in leaving Africa once termed Fatherland and now seen as a wasteland.

There have been Speculations about the Asian being a strong market for organ harvesting and in as much as such speculations would want to be put to rest. Let us not forget how China used to practice harvesting organs from executed prisoners until the World greatly condemned it and in as much as the practice stopped, there would be a terrifying surge in the need of these organs by rich recipients.

- Advertisement -
Read Also:  El Salvador Certified As Malaria-Free By WHO

Those trying to seek greener pastures should be wary of fake foreign agency promising them to work abroad. They would help in settling your travelling expenses but this is a plot to make one a victim of organ trafficking. The emergence of these fake agencies as been linked to the boom in the need for organs in the Middle East, Asia.

In the bid to fight this organ trafficking, information, Communications and collaboration is key. The right information and adequate Communication in local context and settings would need in order to make people especially in poorer countries aware of these vices.

Also, programmes and initiatives should spring up from this Communications on how you can find your greener pastures locally and if there is a need to find it else, the appropriate channels to pass through.

There should also be Communication tailored to the rich people who can afford to buy those organs as many are unaware of the sources of the organs used to prolong their lives or that of their love ones.

Also collaboration between the United Nations, the countries suffering from these acts of lack of respect for humans and the countries that seem to be benefitting from it. If there is a tight collaboration between these three in areas that include sharing of intelligence, Communication and information and designing solutions then there is a better chance to fight off these problems.

There is this saying that the rich keep getting richer and the poor keeps getting poorer but I guess in this case it is the rich eats the poor and until there is respect for human lives and rights then this would keep happening even thou they are cases where the rich are unaware but there are certain times, they know what is happening but just turn a blind eye to it.

If a country is involved indirectly or indirectly in this act of human organ trafficking by turning a blind eye to the illegal market or the human trafficking of people for organ harvesting, that country should be penalized by the United Nations no matter how powerful the country is.

The Commission of the Economic Community of West African States (ECOWAS) has moved to promote the free movement of people, goods and services as...
Read more
- Advertisement -