The economic empowerment of women remains a burning issue in countries across the world. On International Women’s Day, a day set aside to celebrate the social, cultural, political and economic achievements of women, issues around women empowerment generally come to the fore.

In many parts of the world, women still face discrimination in areas of remuneration, education and governance. As a result, women are often labelled vulnerable with their lack of power, influence and access to economic resources.

Due to the harsh economic climate and unemployment rate in many parts of the world, it has become more desirable for households to have gainfully employed couples to contribute to the larger economy than to have homes with unemployed, full-time housewives. 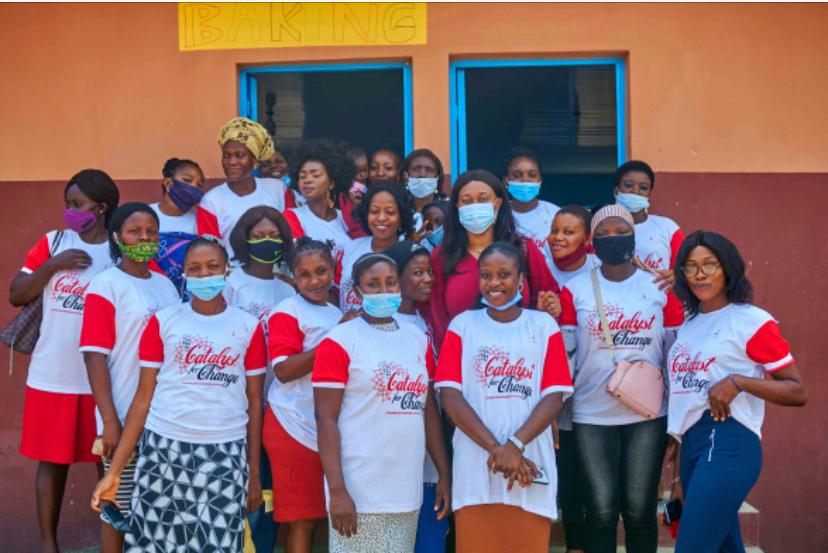 Also, there has been an increase in single parenthood as many cultures are beginning to embrace the decision of women to raise their families single-handedly either by choice or circumstances. Whether they are breadwinners or not, women are entitled to their economic autonomy just as their male counterparts in order to care for their health, fend for their children and other dependents.

With the global awareness of women economic rights, Coca-Cola Nigeria Limited recognizes the potential in women to make significant contributions to the economy. This conviction led to the birth of the “5by20” initiative, a Coca-Cola program designed to help uplift and empower five million female entrepreneurs – from fruit farmers and artisans, to recyclers and retailers – to become part of its value chain by 2020. 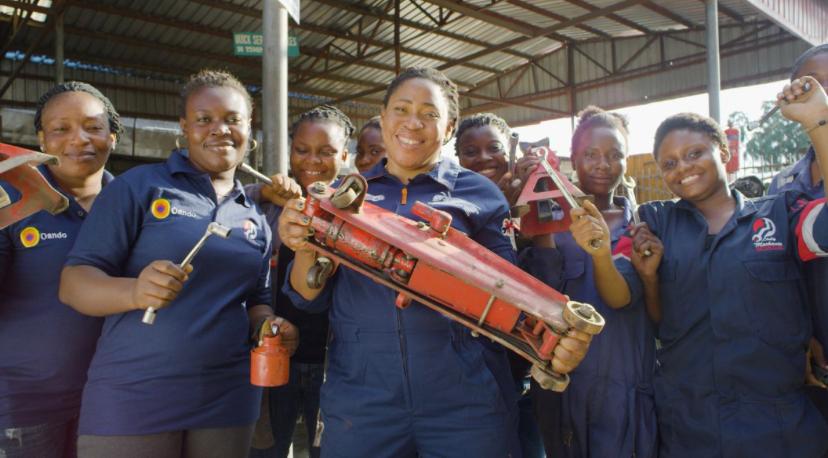 The initiative, which began in 2010 and ended in 2020, saw numerous projects funded by Coca-Cola Nigeria Limited along with its bottling partner, Nigerian Bottling Company for the economic inclusion of over 450,000 women across the country.

The women were equipped to overcome social and economic barriers through the provision of basic business skills, access to financial services and assets, connections with peers and mentors, along the confidence that comes with building a thriving business.

The 5by20 initiative targeted women in six segments of Coca Cola’s value chain: producers, suppliers, distributors, retailers, recyclers and artisans. As of 2019, over 4.6 million women in over 90 countries had started businesses as part of the 5by20 program.

These include the IDP Women Value Chain Integration Programme which is a two-day micro-business empowerment scheme for over 50 internally displaced women.In addition, Coca-Cola Nigeria Limited and the United Kingdom Department for International Development of Girls Education launched the Educating Nigerian Girls in Nigeria Enterprise (ENGINE) Value Program aimed at strengthening the educational and economic opportunities of the Nigerian girl-child.

Through the programme, Coca-Cola improved the learning outcomes and economic status of over 21,000 marginalised adolescent girls in Kano, Kaduna, Abuja and Lagos.

Another interesting intervention by Coca-Cola Nigeria Limited is The Lady Mechanic initiative which empowered about 100 girls in Benin through auto-mechanic skills capability development. Today, the initiative has broken the glass ceiling or gender barrier that is largely associated with the automobile profession which had been deemed by some as off-limits for women. The reality is that the empowered women under this initiative are all now employers of labour.

The SHAPE 2020 programme is yet another women empowerment program implemented by Whitefield Foundation, sponsored by The Coca-Cola Foundation and endorsed by the Lagos State Ministry of Wealth Creation. With a $66,000 grant, the women-focused intervention trained and equipped “at-risk” and “underserved” women in local communities with transferable skills such as catering, cosmetics, fashion designing, soap-making, amongst others.

According to the World Health Organization in 2020, the maternal mortality ratio in Nigeria is 814 per 100,000 live births, accounting for 20% of global maternal deaths. One of the contributing factors to this sad reality is the lack of access to quality and affordable health care facilities. In response to this dire situation, Coca-Cola Nigeria Limited launched its Safe Birth Initiative to impact the lives of expectant mothers and their babies.

The Safe Birth Initiative is a social investment from Coca-Cola Nigeria Limited in partnership with Medshare International, the Federal Government through the office of the Senior Special Assistant to the President on Sustainable Development Goals, and the Federal Ministry of Health.

The initiative seeks to support the realisation of the Sustainable Development Goals (SDGs) on maternal and neonatal mortality; with a key focus on improving the capacity of selected public hospitals through the procurement of vital maternal and neonatal medical equipment and training personnel in biomedical engineering to improve equipment maintenance and uptime, while reactivating a large stock of abandoned medical equipment wasting away in public hospitals.

For this project, Coca-Cola will donate a total of thirty-six 40ft containers of medical equipment, kits and supplies worth over N3.8b to tertiary hospitals like the Federal Medical Center Ebute Metta Lagos, Abuja National Hospital, Alimosho General Hospital, University Teaching Hospital Ilorin, Federal Medical Center Owerri, Port Harcourt Teaching Hospital, Aminu Kano Teaching Hospital and many others. The initiative, through its partners, Medshare International has also trained over 150 technical staff in these health centres; with many others scheduled to be trained in 2021/2022.

The Coca-Cola Foundation, through the New World Program (NWP), has also awarded a grant worth $100,000 to the Mental and Environmental Development Initiative for Children (MEDIC) towards implementing a Recycling Scheme for Women and Youth Empowerment (RESWAYE).

In the same vein, the Lagos State Employment Trust Fund, Coca-Cola Nigeria Limited and its bottling partner, the Nigerian Bottling Company, have announced a collaboration aimed at empowering 1,000 women in Lagos State.

The selected women received training in financial literacy and business skills as well as start-up capital to integrate them into the Coca-Cola value chain as retailers of the company’s beverage products.

While reflecting on these initiatives, the Managing Director, Coca-Cola Nigeria Limited, Alfred Olajide, reaffirms the importance of creating an economic model that empowers women and hinges on sustainability.

“Women constitute a significant part of the world’s shared success because we recognize their roles not just as homemakers and influencers but as drivers of economic growth and pillars of their communities and business systems. At Coca-Cola, we have initiated these numerous projects through partnerships with non-governmental organisations, women leaders and the government to improve the lives of women who participate in the 5by20 projects. The entrepreneurial spirit of these women has made a positive impact on the larger economy through our value chain whether as retailers, suppliers, producers, artisans and mentors”.

Women constitute a major pillar as part of Coca-Cola’s sustainability agenda, this is evident in the numerous initiatives highlighted. Through scalable models and powerful partnerships, Coca-Cola continues to facilitate the development of women while creating shared value for their host communities.  With the results proving the efficacy of their programmes, there is no doubt that the company continues to live its purpose of refreshing the world and making a difference in the lives of many.

A call has been made to all women around the world to rise and challenge gender discrimination, bias, inequality, and stereotype against women in...
Read more

International women's day is being celebrated around the world but in reality gender inequality or the preferably useful word called gender equity is far...
Read more
- Advertisement -