Nigerian Idol, the popular reality singing competition is back and better.

The sixth season of the show premiered last Sunday on DStv 198 and GOtv 29 with a pre-show featuring the nationwide auditions for this season’s musical adventure. Viewers at home can rate these auditions and see if the Judges agree with their ratings when Episode One premieres Sunday, 28 March.

The pre-show kicked off to a roaring start, with the good and not-so-good renditions of popular and original songs by the Nigerian Idol hopefuls. 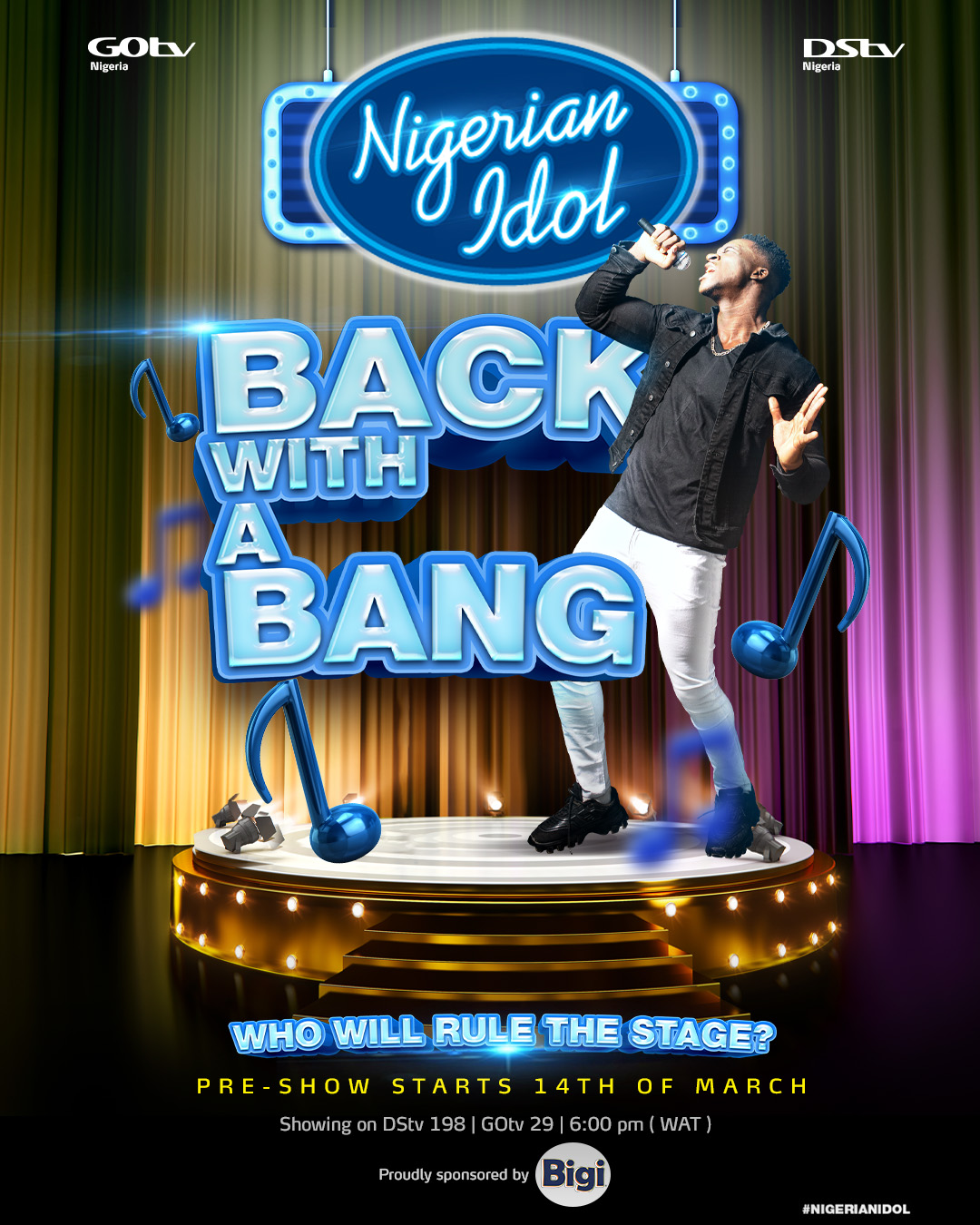 Shadrack John hit a few right notes with his rendition of Andre’s Day’s “Rise Up”, but Ejike Ernest’s version of Bruno Mars’ “Just The Way You Are” didn’t register at all. Clinton from Lagos put in a good shift with his cover of Labrinth’s “Jealous, Chiemerie handed in a version of “Versace On The Floor” that almost sounded like the original, and Fubarata from Ikorodu ran with “Because You Love Me” in a manner that Celine Dion would have been proud of, but Dotun from Ogba failed to put in any real effort with his version of Labrinth’s “Jealous”.

Daniel Ikechi from Ile-Ife struggled for confidence as he delivered his own song called “Nande Baby”, and Merit created an atmosphere similar to a worship session with her cover of Travis Greene’s “You Made A Way”. Obed failed to evoke any major feels as he attempted Marvin Gaye’s “Sexual Healing”, and Ozioma’s facial expressions were just as hilarious as his rendition of a Christmas carol. Favour lit up the room with his guitar as he took his first shot at stardom, and Nicole held her own as she covered Timi Dakolo’s “Great Nation”

Amos from Benin failed to provide any sort of melody, Aisosa mixed up his lines, and Damilola went way off-key with her singing. Chris Daniels sounded like he mistook the auditions for a karaoke session, and Rosemary struggled with her notes too, but Beyonce – yes, there is a contestant named Beyonce – did a good job with her performance. Akunna also shone with her performance of James Arthur’s “Smells Like Roses”, but the same could not be said for Daniel Canus.

The Nigerian Idol pre-show is on 24 hours on DStv 198 and GOtv 29. Viewers can give their assessment of the auditions from the comfort of their couch. To rate the auditions, visit africamagic.tv/nigerianidol to express your opinion of the performances from the pre-show.

Viewers can watch Nigerian Idol Season 6 via the DStv app on multiple devices at no additional cost. The app is available for download on iOS and Android devices.

More Excitement As Second Round Of Nigerian Idol Auditions Continues

The judges were once again faced with the difficult task of screening contestants of all ages from all over Nigeria who were competing for...
Read more

#NigerianIdol Kicks Off To A Roaring With 13 Golden Tickets!

This weekend, we get to see the Judges on the Nigerian Idol in action. If you’ve been on social media these past two weeks,...
Read more

The African-based streaming service, ShowMax is bringing Nigerian Idol and other Nigerian series and movies to the diaspora audience. The array of shows being made available...
Read more
- Advertisement -