Luxury Tax: To be or not to be?

Whether it seems timely or a little too late, Nigeria seems to be keen on measures to make the “rich” pay more and therefore address redistribution of wealth through taxation of luxury items.

Generally, luxury tax is a tax on luxury goods and services i.e. goods and services that are not essential and consumed by only a niche. It could be implemented through a sales tax system, value added tax system, or customs duty system of taxation. It typically affects the wealthy as opposed to the vast majority of the populace because the wealthy are the most likely to purchase luxury items.

In recent times, the Nigerian Government has been showing interest in this form of taxation as a response to the declining revenues from oil and to deal with social imbalance. In November 2014, the past administration announced plans to introduce luxury taxes in the form of surcharges on items such as private jets, luxury yachts, luxury cars, business class/first class tickets on airlines etc. 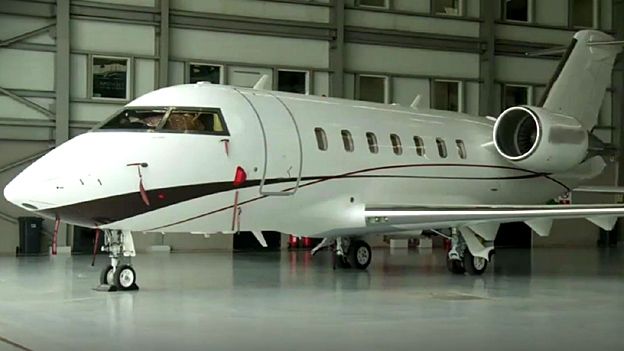 The plan at the time included the following:

The goal of the new taxes was to raise up to N10.56 billion in 2015 as additional revenue for the government and N480 billion within the three years following its implementation. However, the goals were never achieved due to lack of implementation. The Federal Inland Revenue Service attempted to implement but their enforcement faced stiff resistance and eventually it was abandoned particularly due to lack of a legal instrument backing the implementation.

Now, the imposition of a luxury tax mechanism has been reactivated. The current administration has announced plans as part of economic recovery and growth to increase the VAT rate on some luxury items. Although affected items and rates were not stated, the minister of finance disclosed that the increase will not affect basic food items. Some challenges of introducing luxury tax

The first question should be “What are the specific goods and services that will constitute luxury goods and services?” This question is especially important in a developing country like Nigeria, where even the most basic of amenities such as electricity, air transportation and certain clothing can be subjectively deemed as luxuries. If the luxury tax must absolutely be introduced, a clear and unambiguous definition and/or categorisation of items that constitute luxury goods should be established.

In developed countries like Ireland and Norway, the term “luxury” continues to evolve. The evolution continues in some instances to the extent that many of the goods associated with the luxury tax are no longer viewed as “luxuries” in the literal sense. Today, the term is sometimes mistaken with so-called “sinful items” such as sugary drinks, tobacco and alcohol amongst others. Hence the concept of “sin tax”. There is also the risk that over time, the term “luxury” might metamorphose, and goods formerly considered “ordinary” may incur the luxury tax, resulting in more people being affected.

Secondly, the introduction of luxury tax without careful studies and plugging leakages at the port could discourage the purchase of certain “luxury” items from local businesses and potentially impact negatively on the sales and profits generated by such businesses. This could have adverse effects on the affected businesses and by extension the economy. The idea behind introducing a luxury tax is to get the wealthy to contribute a bit more towards easing the pains of the current economic recession.

For example, in the early nineties in the United States, when a 10% luxury tax was levied on fur, expensive jewelries, airplanes and cars worth $30,000 and above, there was a sharp decline in sales of such items. This caused problems for producers of these items and their retailers, so much so that the law enacting the luxury tax had to be repealed.

The third issue to consider is the potential increase in black market patronage. Introducing luxury tax on certain items would increase the cost of those goods or services; therefore, more individuals may opt to make purchase at cheaper prices from the black market. An increased patronage of the black market is especially problematic because when taxable persons begin to operate in the informal market, the tax base is eroded. As a result, the desired results for which the luxury tax was instituted may not be achieved. In 1980 when Canada introduced a large luxury tax on cigarettes, an intense black market was formed. Legal sales and in turn tax revenues declined and as a result, more money had to be spent to curb the criminal activities.

Conclusion
The proposed increase in the VAT rate for luxury items comes as no surprise considering that Nigeria has one of the lowest VAT rates in the world. In Africa, Ghana has a VAT rate of 15%, Egypt 10%, Mauritius 15%, Morocco 20%, Namibia 15%, South Africa 14%, Tanzania 18% and Zimbabwe 15%. Across the continent, countries like France, the United Kingdom, Romania and Ukraine have VAT rates of 20%. Therefore, it would appear that the proposed increase in VAT is not out of place and should not have adverse effects on the poor since items like basic food items are excluded. However, in order to fully determine the effect of the proposed VAT increase on the populace, a clear definition and/or categorisation of the luxury items needs to be in place.

In addition to having one of the lowest VAT rates, Nigeria additionally has one of the lowest tax to gross domestic product (GDP) ratios at about 6%. This is clearly an indicator of the tax system’s inefficiency and generally Nigeria’s inability to harness the tax generating capacity of the economy. The introduction of a luxury tax regime is however not going to address the low tax to GDP ratio in the long run.

Alternative and more sustainable ways in which to improve the revenue generating profile of the country and at the same time reverse the current low tax to GDP ratio include: widening the tax base to capture business owners/entrepreneurs and small and medium enterprises; increasing transparency by judiciously accounting for monies collected from taxpayers, so as to motivate voluntary compliance; closure of gaps in tax administration by the tax authorities; and then focusing on tax policy after strengthening tax administration. The recent approval of the National Tax Policy which establishes fundamental principles to guide an orderly development of the Nigeria tax system and reinforces the need for tax laws and administrative practices to promote economic development is most certainly a step in the direction.

Luxury Cars Market Share in the US Surges to 44.3%

During the first nine months of 2020, luxury cars outperformed mainstream models in the US market. The market share of luxury models increased to...
Read more

The entire airline industry took a tremendous hit in 2020, with countries worldwide shutting down borders and limiting travel as a response to the...
Read more

As an airline that is committed to the wellbeing of its passengers, crew members and the entire public, Turkish Airlines has continued to prioritize...
Read more

British Airways has been appointed the official airline partner of Team GB and ParalympicsGB ahead of the Tokyo 2020 Olympic and Paralympic Games this...
Read more
- Advertisement -