A syndicate specialized in the production of substandard and adulterated paint products have been apprehended in Port Harcourt, Rivers State by officials of the Standards Organisation of Nigeria (SON) following a tip-off from well-meaning Nigerians.

The operation which followed weeks of surveillance activities by the SON officials and security agencies stemmed from classified information provided by concerned Nigerians on the production of the paint products within residential areas without necessary precautionary measures. 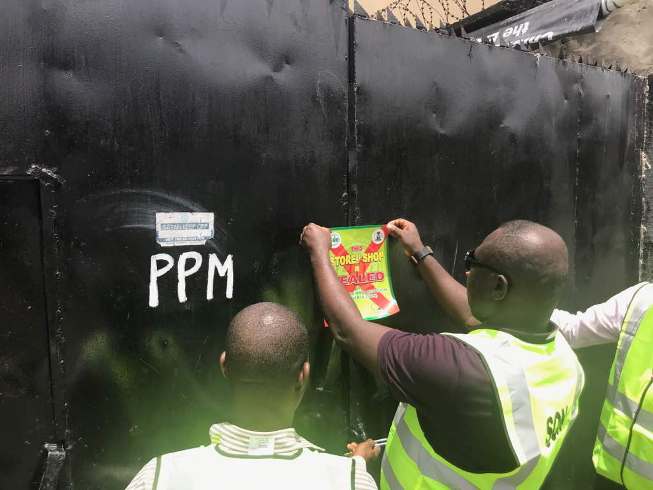 The residential areas where the unwholesome activities were discovered according to him were in Rumuobiakani, Ada George and Eloparanwo, all in Port Harcourt.

Speaking during the enforcement exercise at one of the sites Rumuobiakani in Port Harcourt, SON State Coordinator for Rivers/Bayelsa States, Engr. Ayoola Ololade stated that the over 200 units of 20-litre buckets of paints and 70 bags of calcium carbonate materials were discovered at the site.

He stated that the sites at Ada George and Eleoparanwo were about starting production when the SON officials arrived and sealed up the two premises where about 50 used 20-litre cans of paints were found in each. 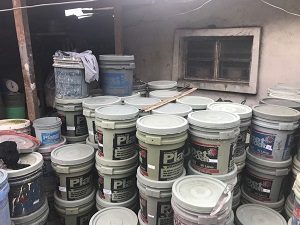 The uncertified paint products being produced by the suspects included Planet Coat Acrylic Emulsion, purportedly being produced at 9th Mile Enugu and Olamac Emulsion Paint, according to Engr. Ayoola.

They were also found to be adulterating popular, certified made-in Nigeria paint products including Sloak and Saclux while children and pregnant women were found engaged in washing used paints buckets for recycling.

Asides the economic sabotage associated with these activities, the chemicals used in paints production pose the serious danger to human health as well as the environment, if not properly handled as provided. 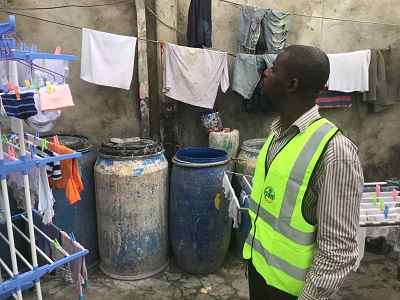 Engr. Ayoola stated that existing research has clearly established the damage that results from even low levels of heavy metals like lead and arsenic when acquired involuntarily and present in the blood, stressing that poisoning from the metals is usually due to exposure which is either acute or chronic.

In the case of paint, involuntary inhalation creates a buildup in the body over a period of months and years which then attacks organs, tissues and bones and causes alterations within the human body systems. The most evident effects are often related to cancer, he said.

The SON State Coordinator then acknowledged the support of well-meaning Nigerians in providing classified information to the agency on the unwholesome and dangerous activity and appealed to all residents of Rivers and the Bayelsa States to take a cue in the overall interest of the public.

According to him, the Standards Organisation of Nigeria will not relent in its efforts to apprehend substandard and life-endangering products and the perpetrators in line with its enabling Act No. 14 of 2015.

The Management of the Standards Organisation of Nigeria (SON) has disowned a purported ultimatum to Manufacturers and Importers on its yet to be launched...
Read more

The Standards Organisation of Nigeria (SON) Governing Council has approved 168 new Standards for publication and dissemination to various sectors of the Nation’s economy...
Read more