Dangote Sugar Refinery Plc. wishes to notify the Exchange and the investing public that at the Board of Directors...
Read more

Just after extending its coverage area to Abuja, Lifebank has also expanded its services to cover another vital healthcare need.

In Nigeria, about 177,000 children die annually from pneumonia, and at least 61,950 children can be saved annually by making oxygen readily available.

We worked so hard to figure out how to help our most vulnerable citizens, children under the age of 5! Now access to Oxygen is just one phone call away 24 hours and 7 days a week! 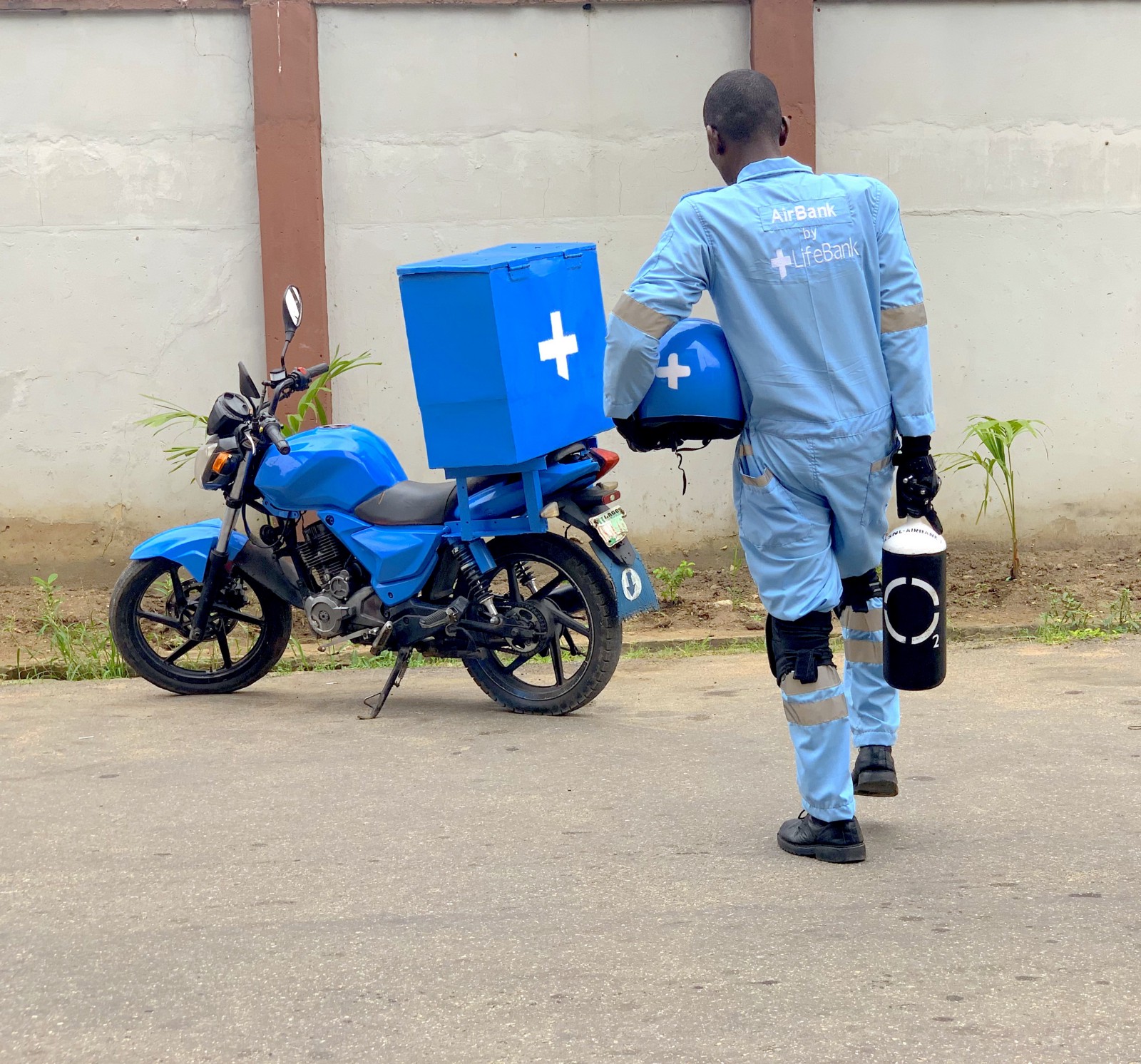 Pneumonia, an infection that inflames the air sacs in the lungs and limits oxygen intake is the highest killer of Nigerian children under 5.

This new service was born out of the desire that no child dies from the lack of oxygen in hospitals. According to the three-year-old startup, this new service is the quickest, most convenient, and most cost-effective way to order medical oxygen in cylinders.

Hospitals can request the blood they need, with the startup delivering the requested blood in less than 45 minutes, in a WHO Blood Transfusion Safety compliant cold chain.

Founder Temie Giwa-Tubosun told Disrupt Africa earlier this month the startup would soon be adding other essential medical products to its platform, and it has now begun that process with the launch of AirBank, an on-demand emergency medical oxygen delivery product it says is the quickest, most convenient, and most cost-effective way to order medical oxygen in cylinders.

In a bid to reduce Nigeria’s child mortality rate caused by limited access to oxygen, AirBank allows hospitals and patients to call LifeBank at any time of the day to request emergency medical oxygen, and have it delivered in less than 50 minutes.

This is the first in the string of essential medical products which the startup promised to be adding to its platform soon. Other medical products like vaccines and rare drugs will also soon be available via LifeBank.

Countries failing to stop harmful marketing of breast-milk substitutes, warn WHO and UNICEF

Agencies encourage women to continue to breastfeed during the COVID-19 pandemic A new report by WHO, UNICEF, and the International Baby Food Action Network (IBFAN)...
Read more
News

We’ll Not Forget Your Sacrifice The supreme sacrifice by the frontline health and emergency workers in giving their all to the response in containing the...
Read more
Brand News

5 Things to Expect from the Pepper Dem Reunion Show

While most people take having a fixed, physical address for granted, 2 billion people across the globe either don't have an address or have...
Read more
- Advertisement -

Google puts the spotlight on blood donation with LifeBank

Nigeria has some of the lowest blood donation rates in the world, with just 10% of the population donating freely. That makes it crucial...
Read more
- Advertisement -