Unveiling the Winners of the First-Ever Campus Writing Challenge

The first edition of the Campus Writing Challenge was recently concluded at an award ceremony hosted at the Stallion Plaza headquarters of Union Bank, sponsors of the initiative.

The hour-long private event was attended by some of the entrants of the contest, including the Top 10 winners, along with a few of their relatives, the OkadaBooks team and representatives from Union Bank.

From a total of 1,793 entries received, to the long list of the top 150 stories, to the shortlist of the top 10, the contest was an exciting journey of literary discovery. 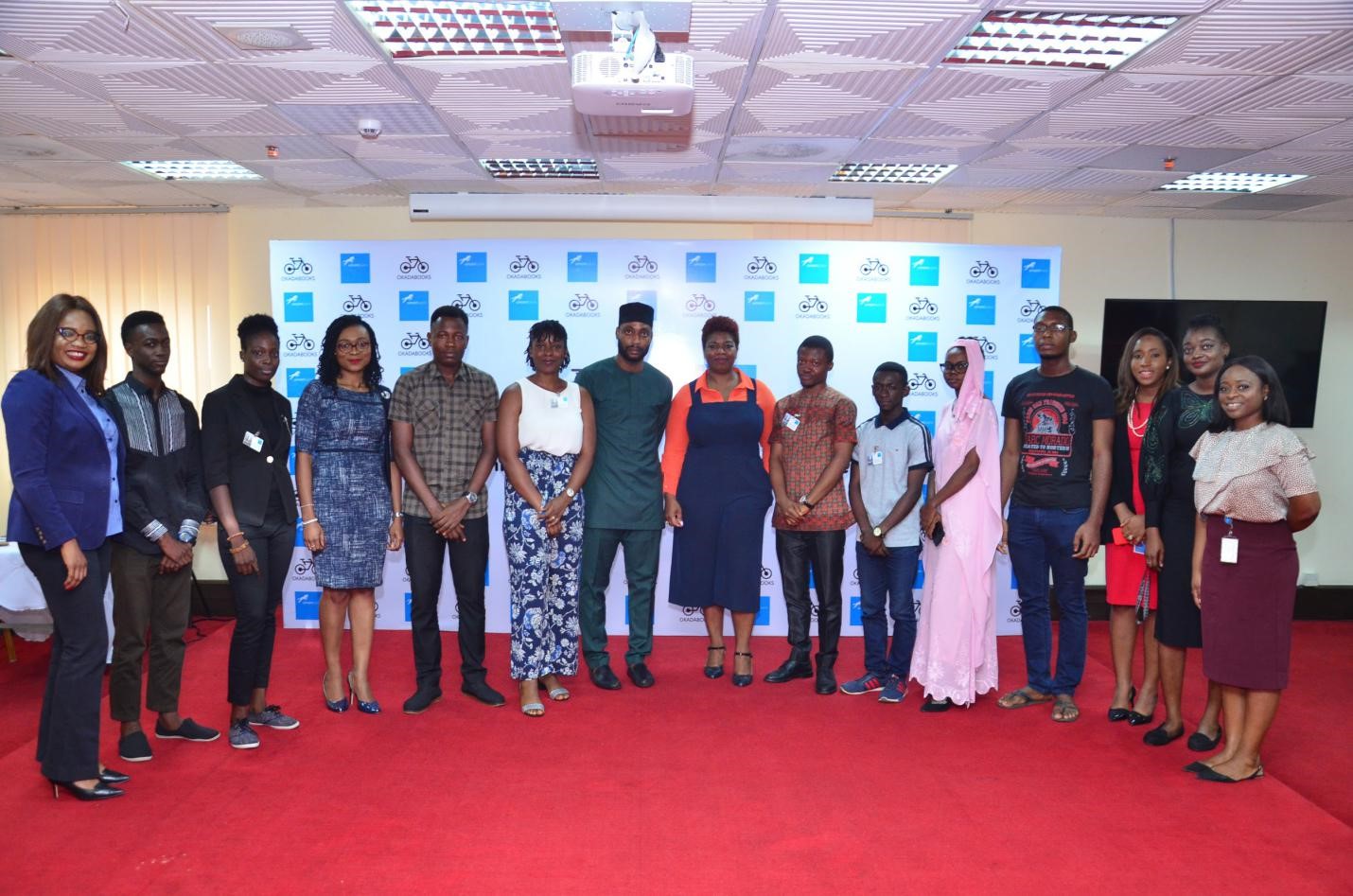 Sima Essien, is a 100-level student of the University of Nsukka, studying English and Literature. His winning story, All your Colours, tells of the power and pain of family and love.

When asked what inspired his story, Sima revealed that “All Your Colours” was actually not the first choice for his entry. He got nervous about his original story and had to do a last minute swap. The story appears to have won the hearts of the judges who had this to say;

“All Your Colours is a deserving winner, a story told in an inventive and assured voice from. Often you read stories that leave you with enchanting sensations and this is certainly one of those stories.” – Abubakar Ibrahim, contest judge

“All Your Colours by Sima Essien does not have a single false note. It impresses with its vivid use of language and its deft execution of its theme of love, loss and hope.” – Chika Unigwe, contest judge

Jesutofunmi Fekoya, a 300-level law student of the University of Lagos snatched the second spot with her story, Dark Clouds, which explores pollution.

In her words: “I wanted to write a story that would not only entertain but also teach my readers a lesson about the environment”.

Here are what the judges had to say about her story:

“Dark Clouds was chosen for its originality. It is set in Lagos of the future, where clean air is a luxury that only the very rich can afford. It is an original take on a real environmental challenge (pollution) and offers a happy ending.” – Chika Unigwe

“Dark Clouds demonstrates ambition and grit. Though futuristic, it speaks of what may soon be our reality, in a Lagos damaged by an environmental nuclear we seem eager to detonate, but offers hope for the future and speaks of our now. A story told with imagination and confidence.” – Abubakar Ibrahim.

Joseph Akinkunmi, is a 400-level student of Zoology in the University of Ilorin. His story, Dry Lids and the Devil’s Strings, tells the story of a young girl who suffers from an inability to shed tears. Joseph said that his story is inspired by a real-life event.

Fiction often helps raise awareness and raise our voice against injustice; Dry Lids and Devil’s Strings does a bit of both.  Beyond that, it is also a compelling story of a young girl at the mercy of an ignorant aunt and unscrupulous pastors. – Chika Unigwe

Members of the public were asked to vote a personal favourite story and they chose Silence that Spoke by Roseline Okorie, a 200-level law student of Nnamdi Azikiwe University. During a 2-week voting session for the top 150 entries, Roseline’s story scored the highest number of votes.

Read Also:  Union Bank of Nigeria Plc Announces Two New Appointments and Changes On Its Board

Tales of Kuki by Idaewor Abel, a 300-level dentistry student of the University of Benin, was voted by the public as the entry with the best book cover due to its simple but well detailed graphic design.

Union Bank has once again delivered on its promise to reward customers who save diligently with the UnionKorrect range of accounts. A total of 345 Union Bank...
Read more

Losing your phone and wallet or having them stolen can be very frustrating. However, in case that happens to you, there is no time...
Read more

This is to inform the Nigerian Stock Exchange (NSE), esteemed shareholders and other stakeholders of the following changes to the Board of Directors of Union...
Read more
- Advertisement -