This year, the independence day of the Republic of Finland was celebrated in a special way, as the Ambassador of the Republic of Finland, Dr Jyrki Pulkkinen, on 6 December 2018 presented his Letter of Credentials to the President of the Federal Republic of Nigeria, His Excellency Muhammadu Buhari. Dr Pulkkinen is the 18th Ambassador of Finland serving in Nigeria. Finland is among the most long-standing partners of Nigeria, having established an Embassy in Lagos already in 1963. President Buhari congratulated Finland on its 101st independence anniversary taking place the same day. 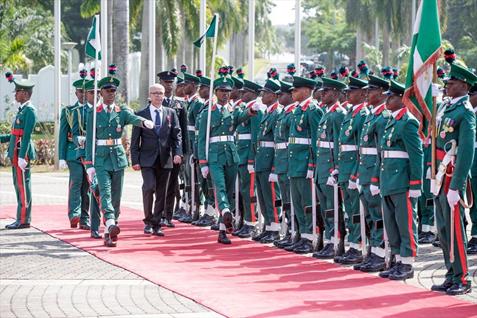 Ambassador Pulkkinen explained to President Buhari that deepening of trade relations between the two countries is the utmost priority of the embassy. Although Nigeria is the largest economy on the continent and the most populous one, and even though already many Finnish companies are active in the country, Nigeria and its potential remain relatively unknown in Finland.

In his discussion with Buhari, Pulkkinen affirmed the willingness to support the diversification of the Nigerian economy and the renewal of our trade relations, especially through science, technology and innovation systems. Finnish businesses in ICT and innovation have particularly a lot to contribute to the Nigerian society. Other areas of existing and potential future cooperation between the countries were highlighted, including education, electricity, smart technology, clean-tech, and health and well-being.

The significance of Africa on the global agenda of Finland and EU is growing. Ambassador Pulkkinen underlined the importance of establishing strong partnerships with the Africans in the struggle against climate change, population growth and extreme poverty, among other global challenges. Nigeria, on the other hand, is a superpower in Africa holding an important role as a regional actor for peace and stability. Therefore, in the future, Nigeria could become a strategic key partner in Africa for Finland.

Both Finland and Nigeria work actively in the field of peacekeeping and peace mediation. The conversation partners acknowledged mutual efforts for peace and stability in the region and in the whole of Africa. As an example, Pulkkinen pointed out the crucial role of the Finnish organization CMI (Crisis Management Initiative) in regional peace mediation and conflict prevention in West Africa through its institutional partnership with ECOWAS.  President Buhari, on the other hand, assured that all would be done in order to have free and fair elections in Nigeria in February 2019. 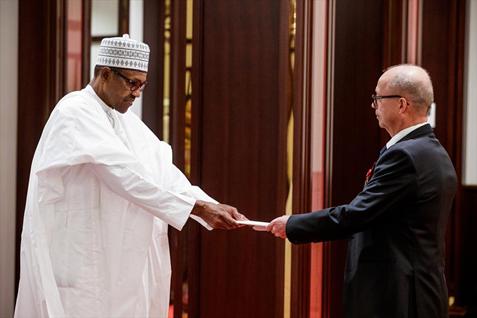 Positions Nigerian Financial Market for Radical Transformation The Nigerian financial market and the economy, as a whole, are set to receive the long-awaited boost to...
Read more
Business & Economy

The United Capital Plc, a leading African financial and investment banking Group, on Monday, disclosed insider dealing of 9,638 shares acquired by one of its staff, Lipede...
Read more
Business & Economy

The world’s largest oil company, Saudi Aramco announced its results for the second quarter and first half of 2020, highlighting the Company’s financial and...
Read more
- Advertisement -