Lagos State Governor, Mr Akinwunmi Ambode on Tuesday launched a 1000-hectare modern satellite city in Epe-Ibeju Lekki axis projected to create over 200,000 jobs and housing schemes for all the major projects coming on board within the Lekki Free Trade Zone. 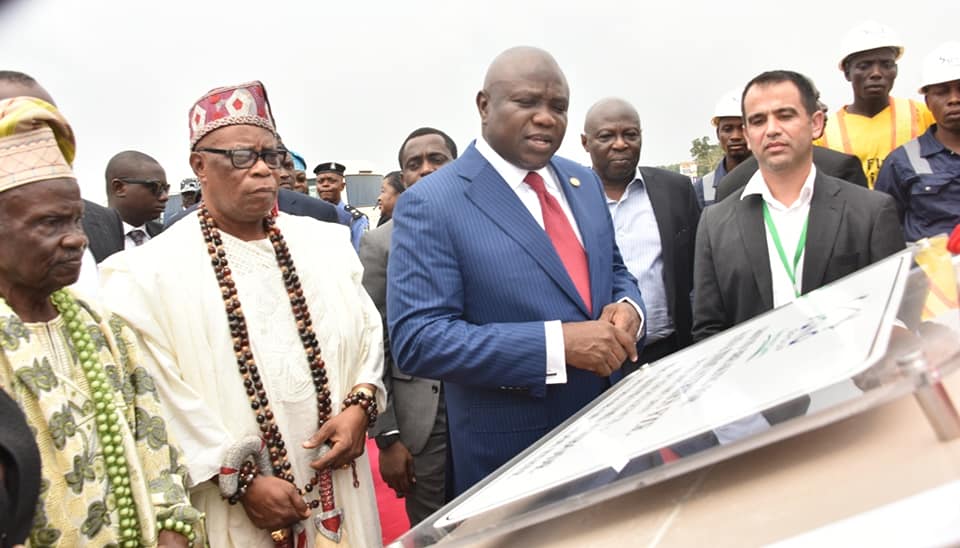 Named Alaro Satellite City, Governor Ambode described the unveiling of the project as a major milestone in his administration’s vision of making every part of the State economically viable and livable, adding that the development was a dream come true.

He said with major projects in the works in the Lekki-Epe corridor such as the Free Trade Zone, largest Deep Sea Port in Africa and International Airport, among others, a new city to provide housing schemes and other facilities for workers, investors and the people generally was desirous, hence the need for the initiative. 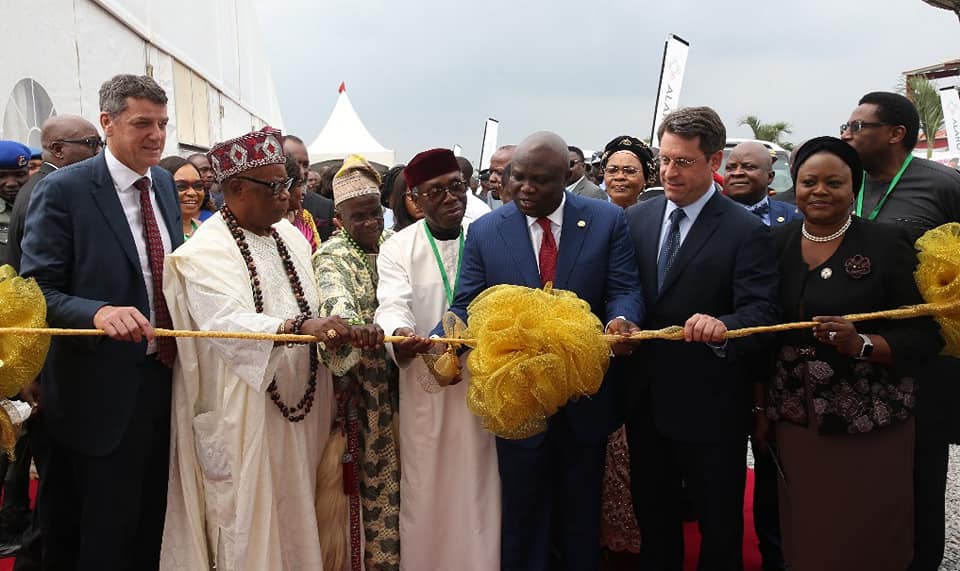 “The project would not only open up the corridor but would transform its economic landscape by providing jobs, reducing poverty and contributing significantly to the socio-economic development of the State, especially in terms of the GDP of the State in particular, and the country in general.”

While commending the private sector especially Rendeavour Group and North West Quadrant Company for partnering with the State Government to deliver the new city, the Governor said the successful launch of the project was a demonstration of the confidence the Organised Private Sector (OPS) and foreign investors have in viability of doing business in the State, adding: “The Alaro Satellite City is a strong statement that our Lagos is still attracting more direct foreign investment.” 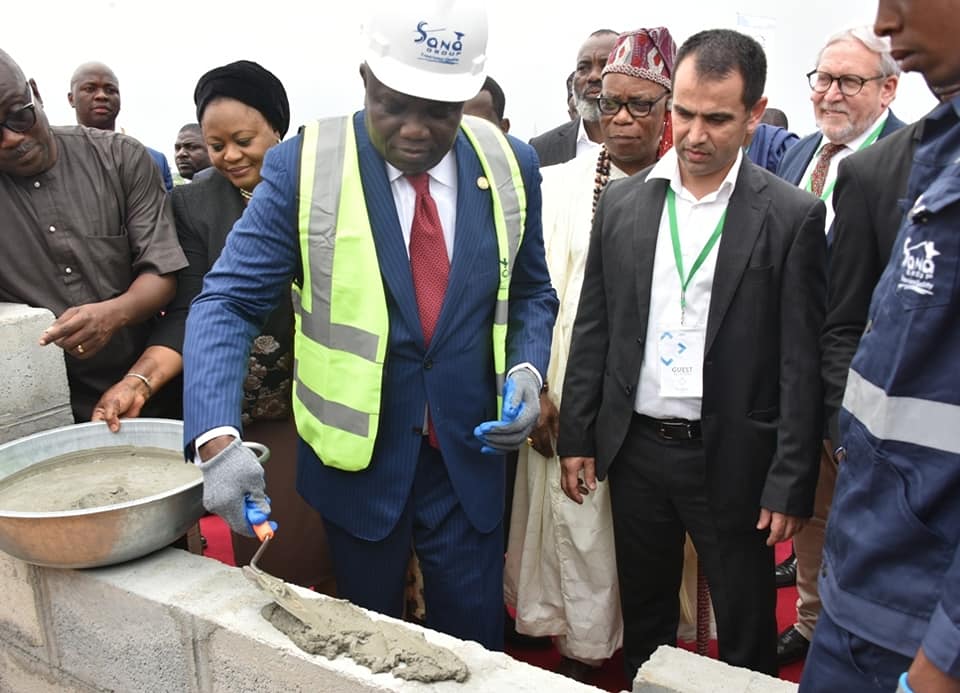 The Governor, who assured the partners of the State Government’s unshaken commitment to the success of the project, also expressed strong optimism that the initiative would be continued by successive administration being that it is about creating jobs and scaling up the GDP of Lagos.

He said in anticipation of an increase in human and vehicular movement within the axis as a result of ongoing gigantic projects, the State Government would construct a road to link Shagamu-Benin Expressway from Lekki Deep Sea Port and a 50-hectare truck park.

According to him, “We are aware that the increase in construction and industrial activities are already taking its toll on the road networks and other complementary infrastructure along this corridor. 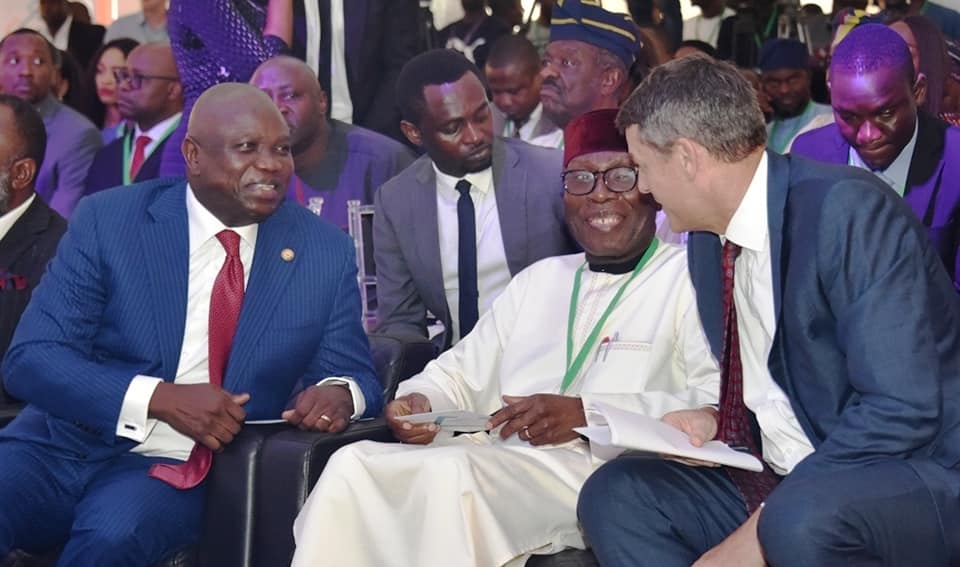 “In order to forestall future chaotic traffic log-jams within this corridor and avoid similar incidences such as is being experienced in the Apapa axis, we have initiated the process of constructing the 7th Axial Road from the Lekki Deep Sea Port, en route the Lekki Free Zone to the Shagamu-Benin Expressway.

“The design for the construction of a 50-hectare truck park within the Lekki-Epe corridor is also in progress.”

Besides, Governor Ambode lauded the host communities for their trust and forbearance, revealing that the State Government had approved 750 hectares of land as resettlement land for communities displaced from Parcel B of the Lekki Free Zone namely Yegunda, Abomiti and Eyin-Osa.

He said the Lands Bureau had also been instructed to expedite action on the enumeration of the land in question to accelerate payment of compensation and the issuance of the C of O, just as he assured all stakeholders of the commitment of the government towards ensuring the security of all investments and maintaining good harmonious relationships between the investors and the host communities.

Speaking earlier, Minister of Agriculture, Chief Audu Ogbeh commended those behind the project particularly Governor Ambode, saying his politics were about development and economic prosperity.

“I am particularly happy to be here for the launch of this project. Lagos is Nigeria’s New York and I am told that nearly 72 per cent of Nigeria’s currencies circulate in Lagos and I am even happier because I like the politics of Governor Ambode because though you are a much younger person than I am, I can assure you that you have a big future ahead.

“The biggest responsibility of a governor in any country and in Nigeria in particular where we are struggling to build an economy is to develop the economy of the State; every other thing comes after. We have to create jobs; there are too many of our young people graduating from school looking for jobs and so when you find that an investor and a governor are investing and creating those jobs you desperately need, you definitely would put your hands together for them,” Ogbeh said.

HONG KONG SAR - Media OutReach - 23 April 2021 - Dorsett Hospitality International has been regularly enhancing and reviewing its health and safety measures to ensure our guests and employees' wellbeing. All 9 of our Hong Kong hotels will be stationing High Efficiency Particulate Air (HEPA) UV-C air purifiers on guest floors to improve and disinfect air circulation. As of today Dorsett Wanchai, a Designated Hotel for Quarantine for inbound travellers (outside of China), has already placed a Smart IoT UV-C HEPA Air Purifier on every guest floor. 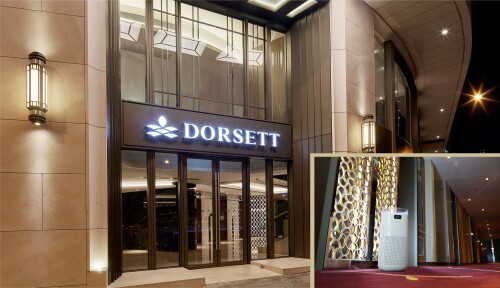 Dorsett Hospitality International has referenced and selected an air purifier from the list of "Information on air purifiers meeting specified specifications applicable to catering businesses" advised by The Working Group and Hong Kong government. The Momax Smart IoT UV-C Air Purifier (AP8S) has H13 HEPA and Active carbon filters which are 99.95% efficient at capturing and removing airborne particles that are no more than 0.3 microns in diameter, including harmful particulates such as PM 2.5 and other allergens, dust, mold and pollution from the air. It also provides Ultraviolet-C sanitisation which is 99.9% efficient in disinfecting the air and killing germs. The built-in PM2.5 high-sensitivity laser sensor allows us to accurately and carefully monitor the standard of air quality on each floor and ensure air is being circulated and disinfected regularly 24/7.

Since the onset of COVID-19, Dorsett has worked closely with its preferred expert partner Ecolab, a global leader in infection prevention solutions, to provide hospital-grade disinfectant designed to kill pathogens. Each hotel room has its own independent pipe, which connects to the main fan on the roof of all hotels, allowing fresh air to be drawn from the outside to each room, and through an air filter disinfected with Ecolab.

We want to offer our guests the confidence to travel with Dorsett, by understanding and anticipating their needs when it comes to health and safety and lifting their spirits as we continue to fight and recover from the epidemic. Dorsett Hospitality International will continue to closely monitor and improve our health and safety measures as well as our overall guest experience. Our designated quarantine hotels have recently launched monthly Zooms for our quarantine guests, including a private live workout with F45 Causeway Bay and a virtual wine tasting, to offer our community a chance to connect and interact throughout their stay.

Dorsett Hospitality International is one of Asia's fastest-growing hotel groups. As a Hong Kong hospitality brand, we are proud to have an international footprint in 27 major cities worldwide with a total of 58 properties with our strategic partners TWH and AGORA Hospitality, including Dorsett Hospitality International's 3 core brands: Dorsett Hotels & Resorts, d.Collection, and Silka, each with their own distinct identity and offerings to cater to diverse travel needs. Since the group's establishment in Hong Kong in January 2007, we have grown by leaps and bounds with hotels across China, Malaysia, Singapore, Japan, Australia, the United Kingdom, and Continental Europe; more properties are planned in the development pipeline.