A statement by Dr Jumoke Oduwole, Senior Special Assistant, Industry, Trade and Investment to the President, Office of the Vice President on Friday in Abuja, said the platform was also a website.

She said the platform would facilitate the escalation and resolution of issues encountered with Ministries, Departments and Agencies (MDAs) towards ensuring a more business-friendly environment. 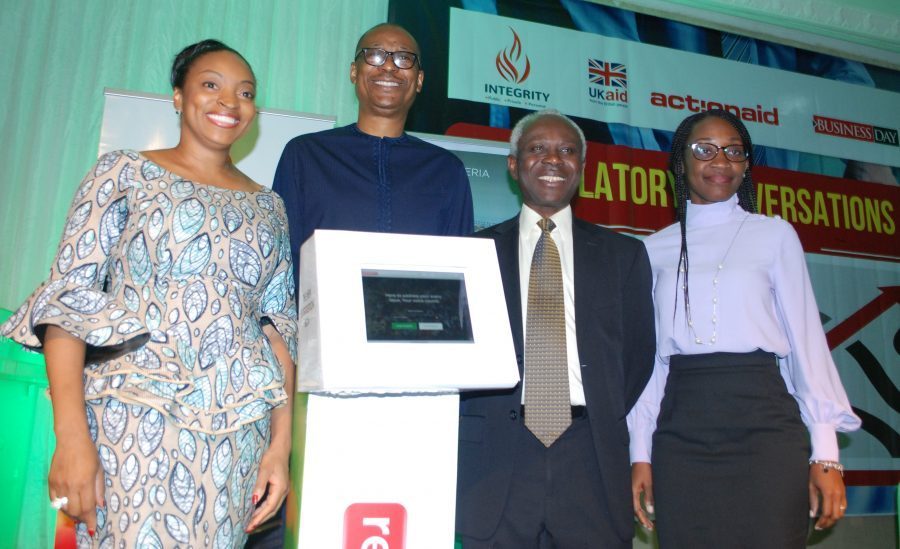 Oduwole said that the app was co-launched by the Minister of Industry, Trade and Investment, Dr Okey Enelamah; Chairman, Financial Reporting Council of Nigeria Mr Adedotun Sulaiman and herself at the Regulatory Conversations (RC3.0) event.

The presidential aide said the theme of the event was “Improving Transparency and Ease of Doing Business in Nigeria.

Oduwole said that the event was hosted by The Convention on Business Integrity/The Integrity Organisation in collaboration with ActionAid, Nigerian Economic Summit Group, Lagos Chamber of Commerce and Industry and BusinessDay Newspapers.

She said it was in partnership with the Enabling Business Environment Secretariat (EBES) of the Council.

She said that the programme featured a panel of discussants and stakeholders from the public, private sector and civil society, with a focus on issues bordering on transparency and efficiency of service delivery in Nigeria.

“PEBEC was established in July 2016 to remove delays and restrictions that come with doing business in Nigeria and make the country an easier place to start and grow a business.

“Supported by Executive Order 001 (EO1) signed in 2017 to promote transparency and efficiency in the business environment, PEBEC has undertaken to drive EO1’s six directives, which aim to address specific limitations identified in the civil and public service systems.

“So far, a high level of success across several areas has been recorded, and MDAs have made significant improvements.

“Many have taken up the challenge to deliver more transparent and efficient services to their customers in alignment with EO1, with a number of notable milestones achieved.

“EO1 has been acknowledged as one of the Federal Government’s most innovative strategic initiatives to deliver quick, pragmatic changes in the doing business environment.”

She said EO1 sought to drive domestic and foreign investment that created employment and stimulates the economy, by aspiring to overcome the lack of trust in public systems.

Oduwole said that when fully implemented, EO1 would transform the way the Federal Government and its MDAs serve the business community and the public at large, as it was a blueprint for fundamental government reform in Nigeria.

According to her, the REPORTGOV.NG mobile app is available on the Google Play store and is coming soon to the iOS store to enable users to give feedback or complaint that will drive continuous improvement in service delivery and public protection efforts.

She said that Nigeria was currently placed at 146 among 190 economies in the ease of doing business index according to the latest World Bank annual rankings.

Oduwole said, however, as the implementation of EO1 progressed and reforms were institutionalised, the aspiration was to place Nigeria in the top 100 and top 50 on the Index by the year 2020 and 2025 respectively.

“More information on reforms delivered is available at www.businessmadeeasy.ng,” she said.

Employment in Singapore Recovers as 40% of Companies Increase Headcount in 2021: Survey

Employees Feel Companies Not Doing Enough to Upskill Them to Full Potential, More Can Be Done: NTUC LearningHub Survey

HONG KONG SAR - Media OutReach - 19 January 2021 - In the midst of the global environmental turmoil and the epidemic in 2020, Smithfield has become a trusted...
Read more
- Advertisement -

Outlook for the Nigerian Economy in Buhari’s 2nd Term

Ease of doing business in Nigeria – A case for eliminating multiple tax reviews, audits and investigations

The importance of ensuring a conducive environment for businesses cannot be over-emphasized, given their immense contribution to the growth of the national economy. This...
Read more

Ease of Doing Business: CBAN Urges Telcos, Discos, Others to Embrace the Benefits of Credit Bureaus

The Credit Bureau Association of Nigeria (CBAN) has called on telecommunications companies, utility providers and other Non-Financial Institutions that provide services on credit to...
Read more
- Advertisement -