An annual investment of N50 billion over the next five years is needed to scale up plant health infrastructure to meet the demand for food and export in the country, the Nigerian Agricultural Quarantine Service (NAQS) has said. 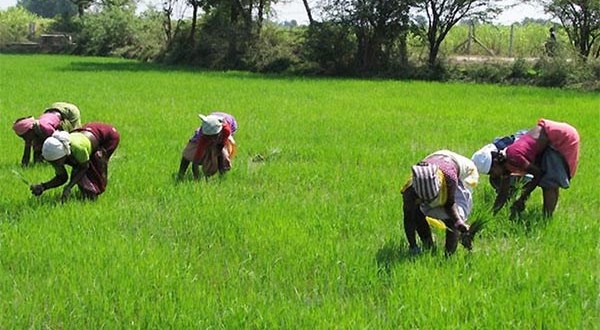 The agency said Nigeria’s population is projected to reach 236 million people by 2030 and 410 million by 2050, saying hence there is an urgent need to begin to build a robust plant health system that can support the anticipated population increase.

The Director-General NAQS, Dr Vincent Isiegbe, disclosed this at the formal launch of activities to herald the international year of plant health 2020.

He explained that plant infrastructure encompasses agricultural machinery needed on the field, diagnostic equipment in the labs, agro-chemical inputs needed to ensure plant health so as to avoid invasion by pest and diseases, improved seeds and fertilizer.

“I have to emphasize that this call for investment in plant health in Nigeria is not a plea that should be taken for tokenism, as tokenism will do little or nothing because plant health is capital intensive. We need more than the traditional miserly allocations to re-position our plant healthcare system,” he said.

He stated that for the nation to improve its capabilities to feed itself, there was the need to speedily adopt a forward-looking plant health policy and massively invest in the upgrade and expansion of the plant health infrastructure, saying, “if we renege in doing this, the nation might be setting itself for potential food crisis.”

He also stated that “Our investment in plant health will be an investment in social security. It would enable us to combat hunger, malnutrition and poverty.

“With healthy plants, there will be food for all; everyone will be adequately nourished and there would be improved incomes for farmers. And this will create more employment opportunities.”

In the last 5 years, the CBN and the federal government have been pumping billions of naira into the Agric sector space. A total...
Read more

Nigeria@60 – An Independence Day of Celebration Or Reflection

Building an economy that is at least worth $2trn, placing her among the top six economies globally as her population dictates. Establishing an automobile brand...
Read more

The brewery sector performance has remained pressured despite a robust population advantage estimated at over 200 million people. Our analysis of the Brewery sector reveals...
Read more
- Advertisement -