Group Executive, Digital and Consumer Banking, United Bank for Africa, Anant Rao (Middle), with the 2019 UBA Campus Ambassadors during their Unveiling at the UBA Group Head Office in Lagos over the Weekend Pan African financial institution. United Bank for Africa (UBA) Plc on Friday unveiled 30 students as UBA Brand Ambassadors for 2019 in the third edition of its Campus Ambassador Programme.

The 30 students made up of 17 males and 13 females, chosen from various tertiary institutions across Nigeria, were selected based on a number of carefully-defined criteria including clear leadership and creative skills as well as the keen ability to promote the UBA brand as campus ambassadors. 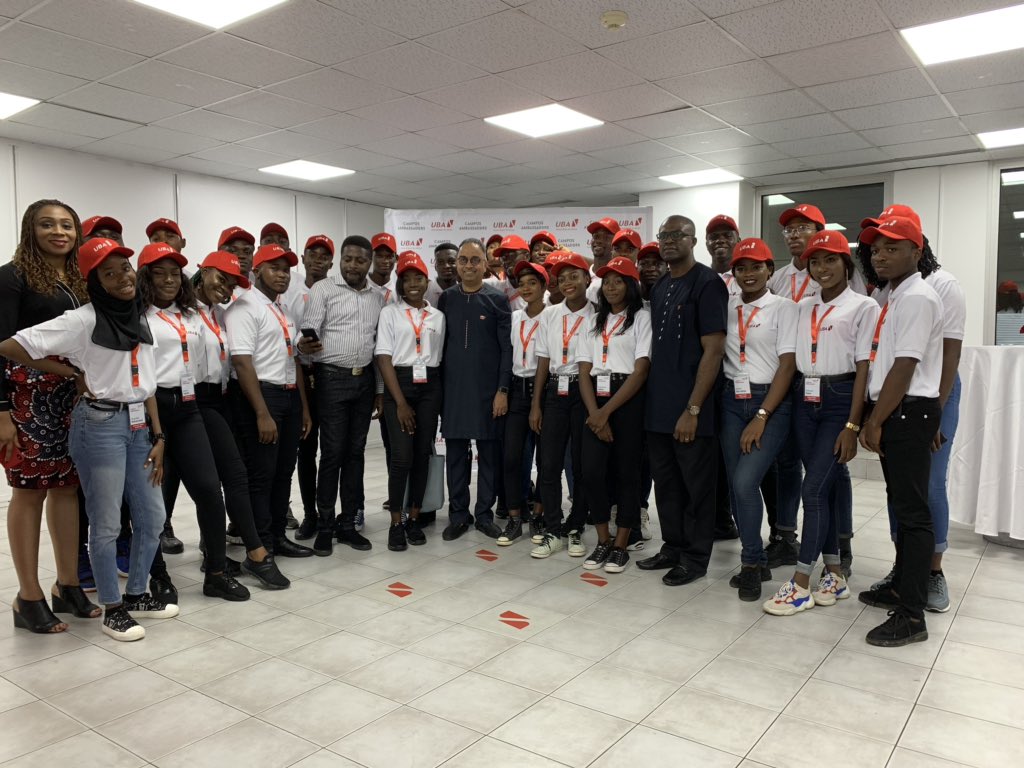 UBA’s Campus Ambassador Programme is UBA’s initiative to identify young emerging leaders from tertiary institutions across the country and give them a unique and highly rewarding learning experience while also grooming them to be effectual leaders in their societies and country at large. The programme is also an opportunity for the bank to give back to students who remain a core component of the bank’s legacy.

The Group Head, Digital and Consumer Banking, United Bank for Africa(UBA) Plc, Anant Rao, who spoke at the unveiling ceremony held at the bank’s Head Office in Lagos on Friday, explained that the UBA Campus Ambassador programme offered a unique opportunity to students of tertiary institutions in Nigeria to be part of a dynamic and forward-thinking Pan-African bank by representing the brand both within and outside the campus. 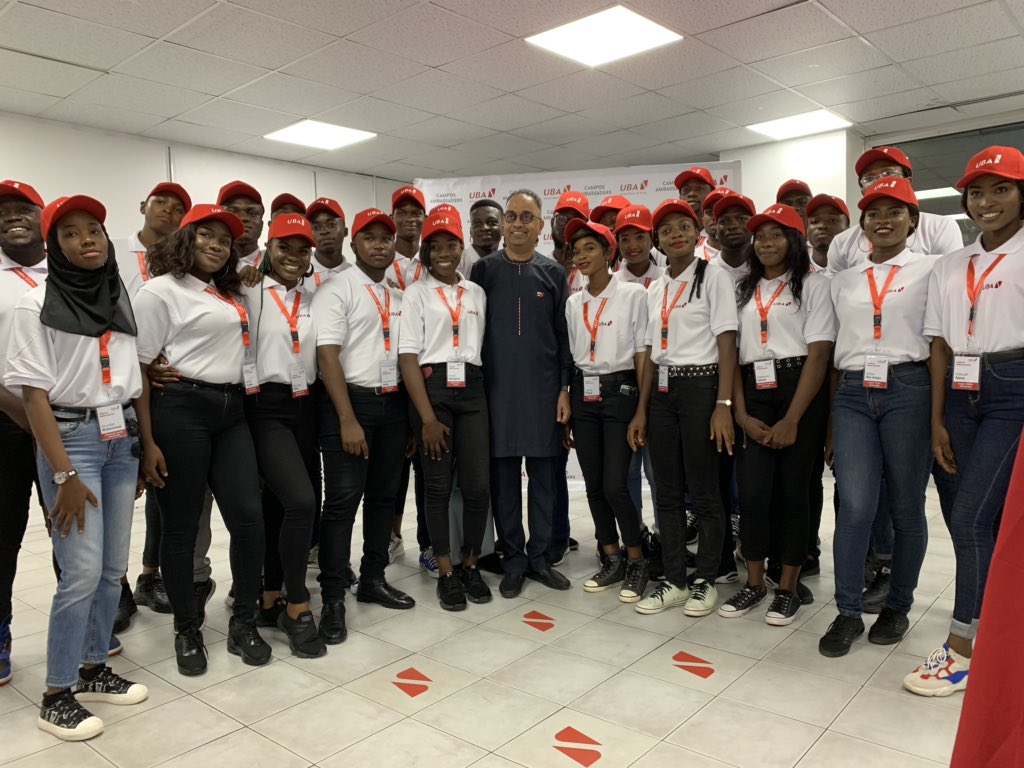 He noted that the programme is designed to be a win-win for both the students and the bank as it presents a learning experience and a highly rewarding pursuit for selected students while providing them with a platform to display their leadership capabilities and showcase their diverse talents which will, in turn, drive further growth to the bank.

Speaking to the students, he said, “We are glad because since we began this programme a few years ago, the narrative has indeed changed. We are now seen as a bank for the young and vibrant and we have been able to develop leadership skills, creativity among the youth. And so with your successful selection, I am happy to say that your learning experience has already begun. You are now expected to exhibit the core values of the bank, show the spirit of excellence, execution and enterprise in whatever you do.” 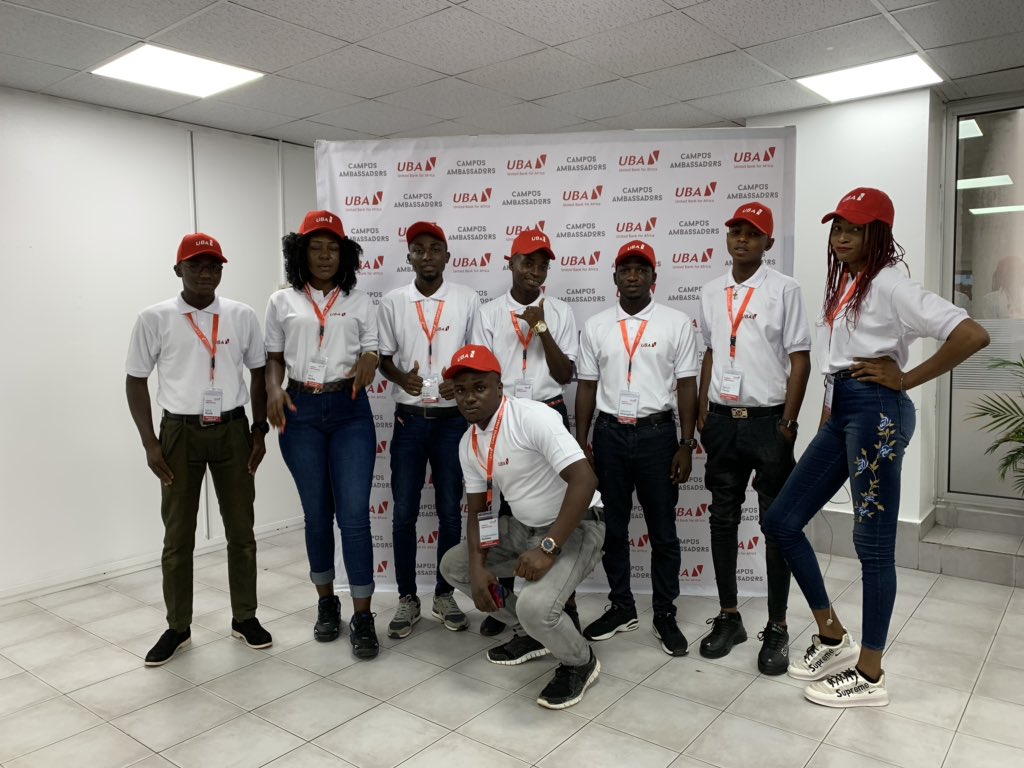 He also said, “We believe that the youths are the future of every country so we selected the best from the universities to collaborate with them to build their leadership skills and creative skills so that they can be better leaders in the future, whether they choose to operate in the public sector or the private sector,” he said.

Rao explained that the students were selected after an assessment to ensure that they possess the qualities that UBA prides itself in, adding “You need to show that you have the spirit of enterprise, excellence and that you do what you say you will do, which is execution.

These qualities are dear to us and to what we stand for here in UBA. And, because these people now represent the brand, they must also share this passion and be able to project the brand and what UBA stands for that is our core values. 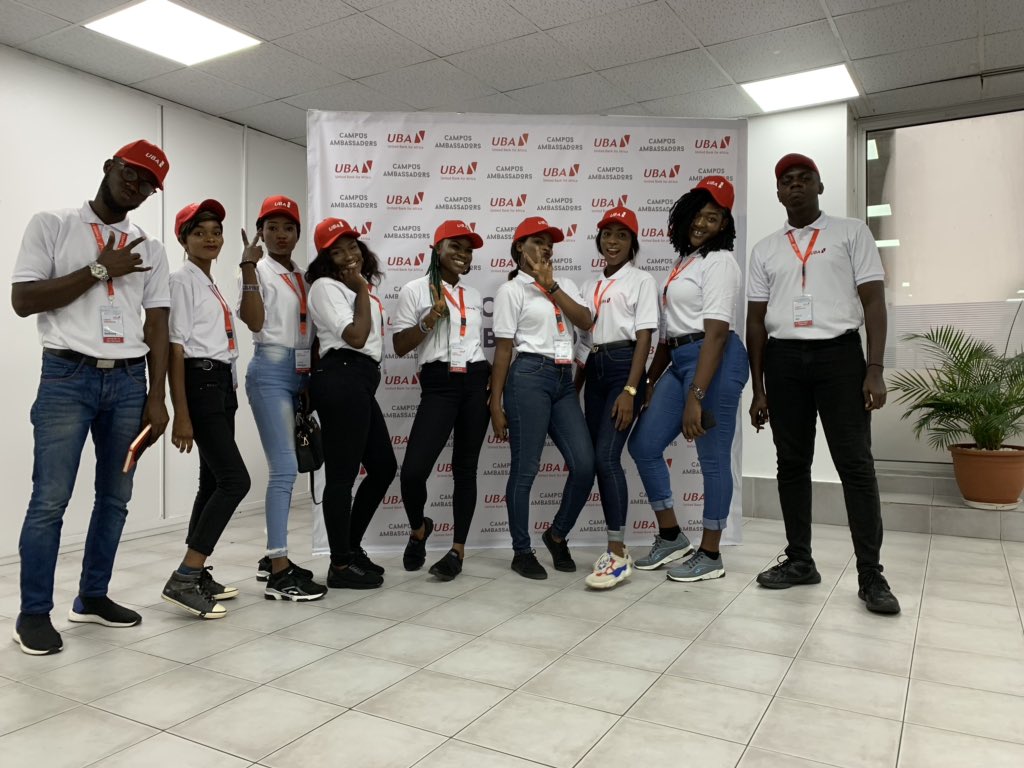 UBA’s Head Retail Liabilities, Tomiwa Sotiloye, explained that the students will undergo necessary training and will be expected to execute specific projects meant to add value to the environments. This, he added, will help the students to understand intently all that is expected of them as brand ambassadors of the bank.

He thereafter charged them to be good leaders and positive influencers who should stand out by ensuring that the bank’s reputation soars high in their respective campuses and beyond.

He said, “We know that we have selected the best out of all those of those who applied to be part of this programme, and so we expect nothing short of the best from you as you take your studies seriously, add value to your schools and the society at large and represent the UBA brand in positive light always.”

United Bank for Africa Plc is a leading pan-African financial services group, operating in 20 African countries, as well as the United Kingdom, the United States of America and with the presence in France.

UBA was incorporated in Nigeria as a limited liability company after taking over the assets of the British and French Bank Limited who had been operating in Nigeria since 1949. The United Bank for Africa merged with Standard Trust Bank in 2005 and from a single country operation founded in 1949 in Nigeria – Africa’s largest economy – UBA has become one of the leading providers of banking and other financial services on the African continent. The Bank which was awarded the Best Digital Bank in Africa by the Euro money awards in 2018, provides services to over 17 million customers globally, through one of the most diverse service channels in sub-Saharan Africa, with over 1,000 branches and customer touch points and robust online and mobile banking platforms.

The shares of UBA are publicly traded on the Nigerian Stock Exchange and the Bank has a well-diversified shareholder base, which includes foreign and local institutional investors, as well as individual shareholders.